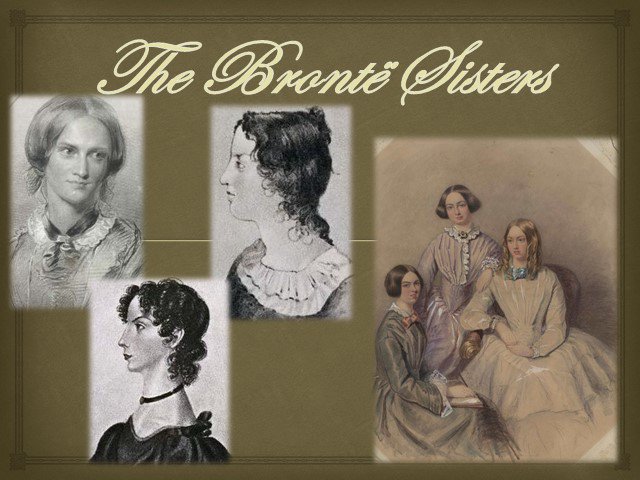 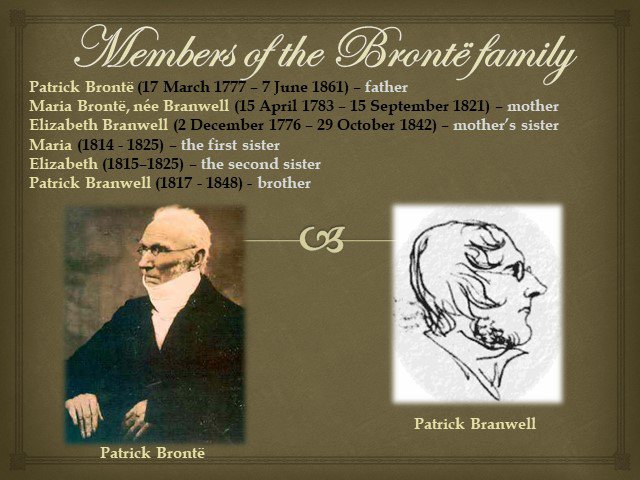 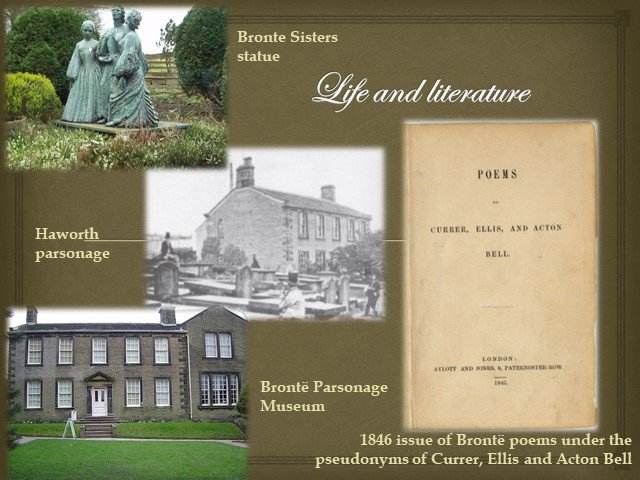 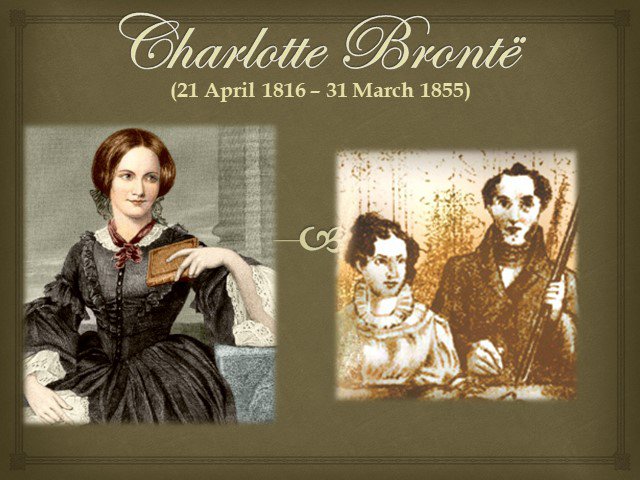 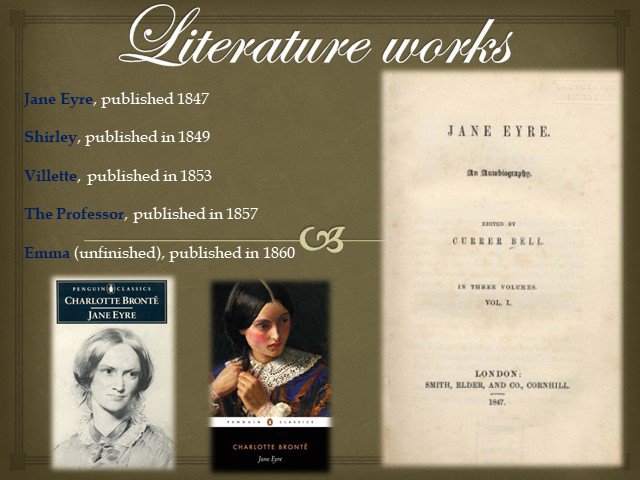 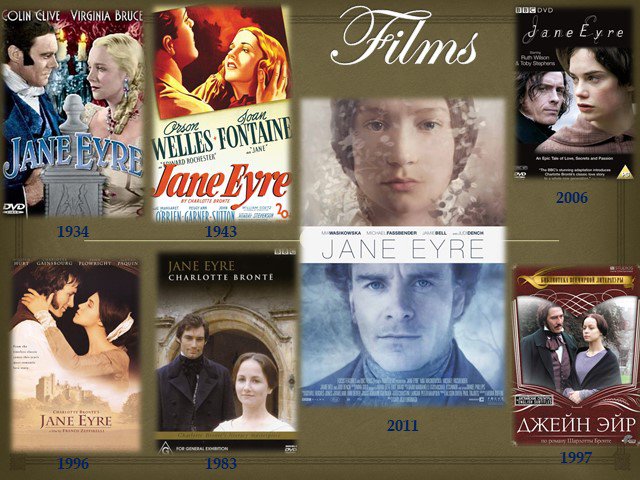 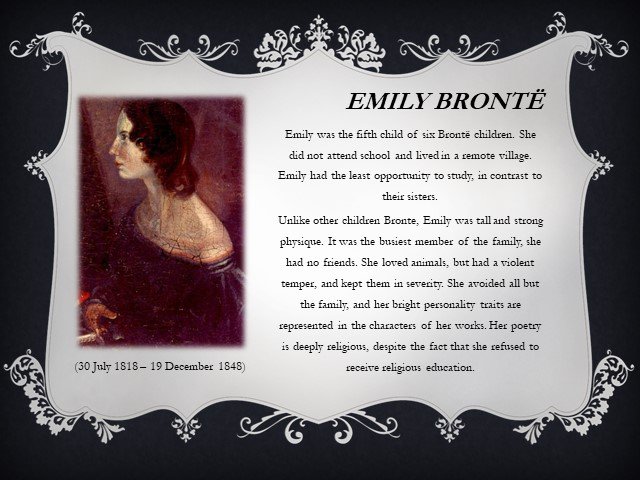 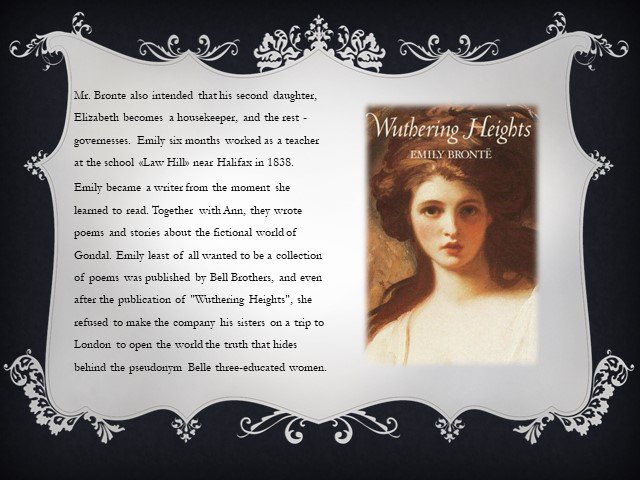 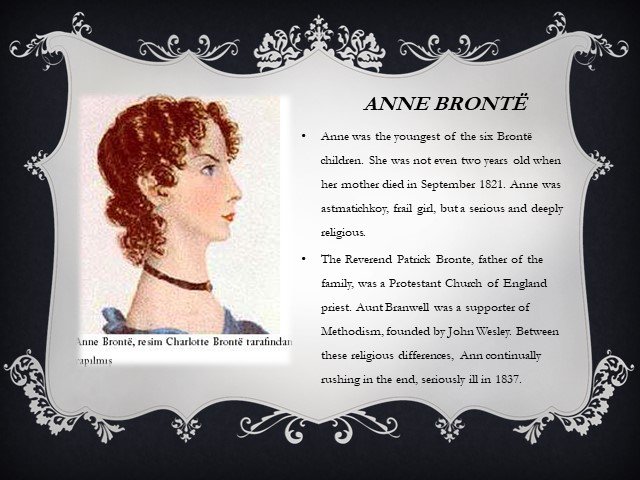 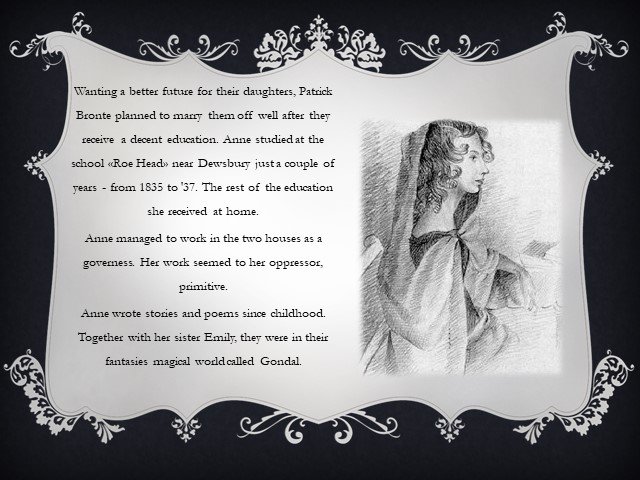 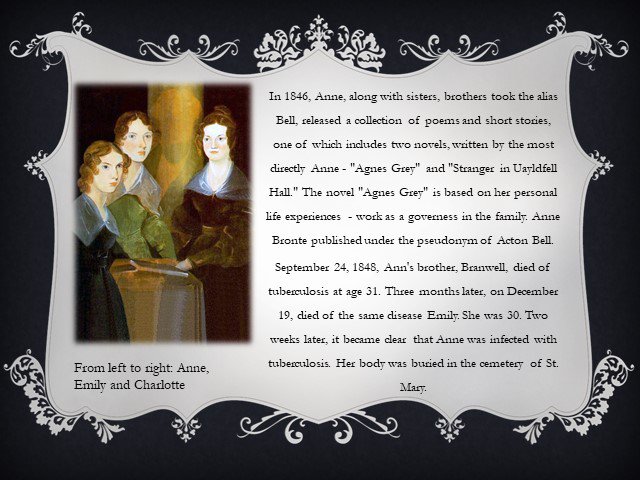 Members of the Brontë family

1846 issue of Brontë poems under the pseudonyms of Currer, Ellis and Acton Bell

Emily was the fifth child of six Brontë children. She did not attend school and lived in a remote village. Emily had the least opportunity to study, in contrast to their sisters. Unlike other children Bronte, Emily was tall and strong physique. It was the busiest member of the family, she had no friends. She loved animals, but had a violent temper, and kept them in severity. She avoided all but the family, and her bright personality traits are represented in the characters of her works. Her poetry is deeply religious, despite the fact that she refused to receive religious education.

Mr. Bronte also intended that his second daughter, Elizabeth becomes a housekeeper, and the rest - governesses. Emily six months worked as a teacher at the school «Law Hill» near Halifax in 1838. Emily became a writer from the moment she learned to read. Together with Ann, they wrote poems and stories about the fictional world of Gondal. Emily least of all wanted to be a collection of poems was published by Bell Brothers, and even after the publication of "Wuthering Heights", she refused to make the company his sisters on a trip to London to open the world the truth that hides behind the pseudonym Belle three-educated women.

Anne was the youngest of the six Brontë children. She was not even two years old when her mother died in September 1821. Anne was astmatichkoy, frail girl, but a serious and deeply religious. The Reverend Patrick Bronte, father of the family, was a Protestant Church of England priest. Aunt Branwell was a supporter of Methodism, founded by John Wesley. Between these religious differences, Ann continually rushing in the end, seriously ill in 1837.

Wanting a better future for their daughters, Patrick Bronte planned to marry them off well after they receive a decent education. Anne studied at the school «Roe Head» near Dewsbury just a couple of years - from 1835 to '37. The rest of the education she received at home. Anne managed to work in the two houses as a governess. Her work seemed to her oppressor, primitive. Anne wrote stories and poems since childhood. Together with her sister Emily, they were in their fantasies magical world called Gondal.

In 1846, Anne, along with sisters, brothers took the alias Bell, released a collection of poems and short stories, one of which includes two novels, written by the most directly Anne - "Agnes Grey" and "Stranger in Uayldfell Hall." The novel "Agnes Grey" is based on her personal life experiences - work as a governess in the family. Anne Bronte published under the pseudonym of Acton Bell. September 24, 1848, Ann's brother, Branwell, died of tuberculosis at age 31. Three months later, on December 19, died of the same disease Emily. She was 30. Two weeks later, it became clear that Anne was infected with tuberculosis. Her body was buried in the cemetery of St. Mary.

From left to right: Anne, Emily and Charlotte

How do you celebrate new year holidays? Do you know when the Old New Year is celebrated? There are 365 days in a calendar year. A solar year is actually ...

The British Parliament sits in the Building which is called the Palace of Westminster. It’s also called the Houses of Parliament because there are ...

The United States of America is the fourth largest country in the world (after Russia, Canada and China). It is situated in the central part of the ...

The River Thames. In comparison with major rivers of the world, the Thames is a very small river. It has a total length of just 346 km (215 miles) ...

THE EARTH NEEDS A FRIEND, DOESN’T IT ?

The travelling to the country of knowledge

The Prisoners of If Castle

Evolution of youth groups in russia