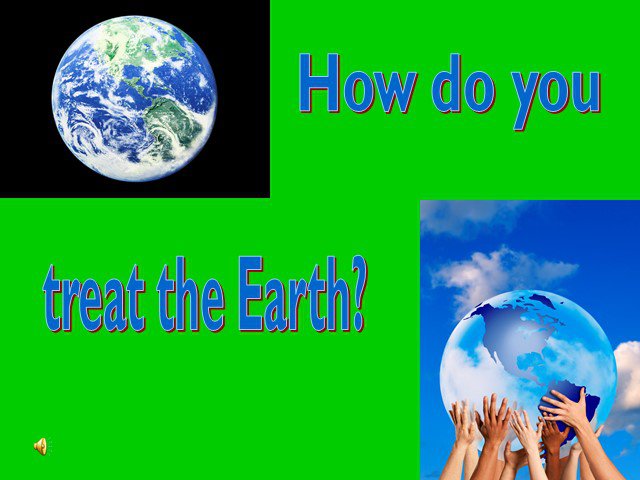 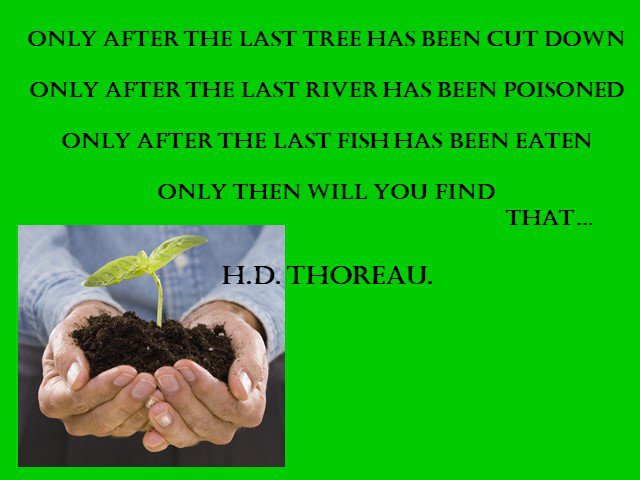 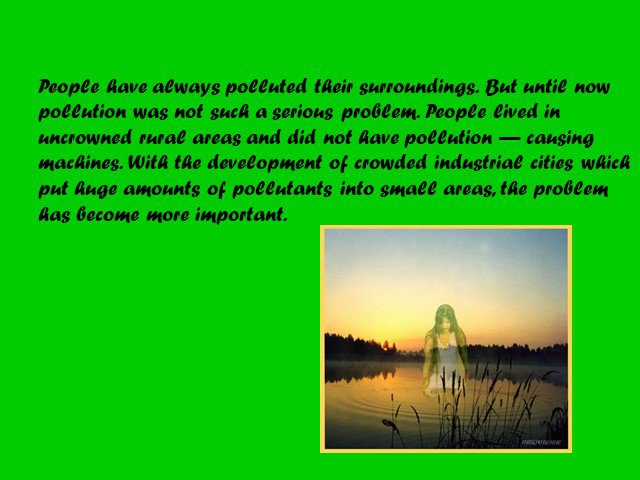 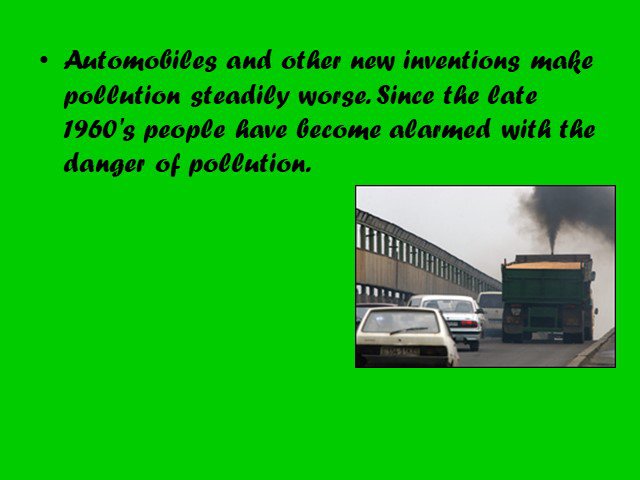 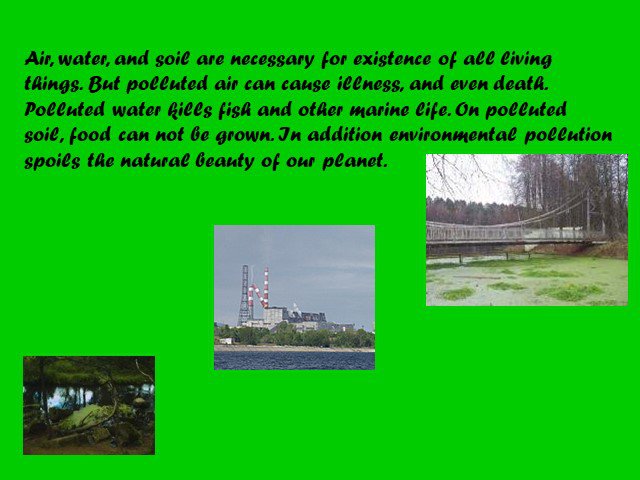 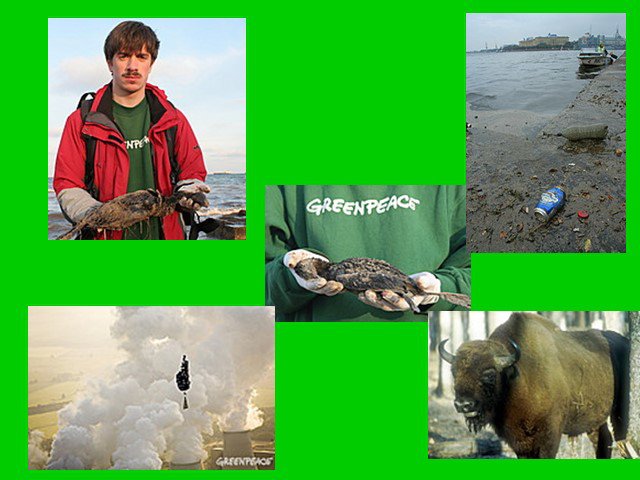 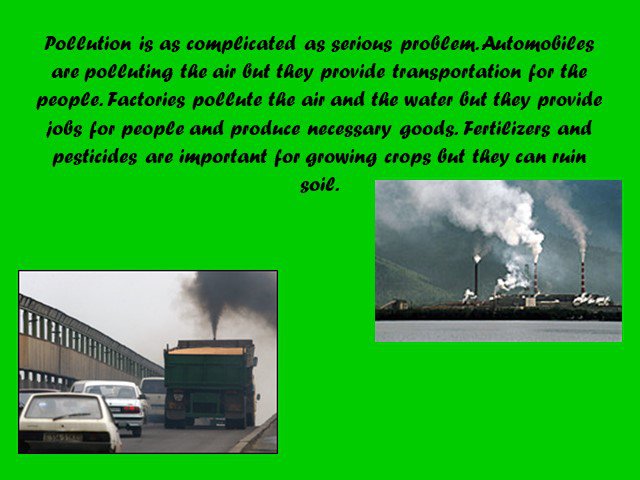 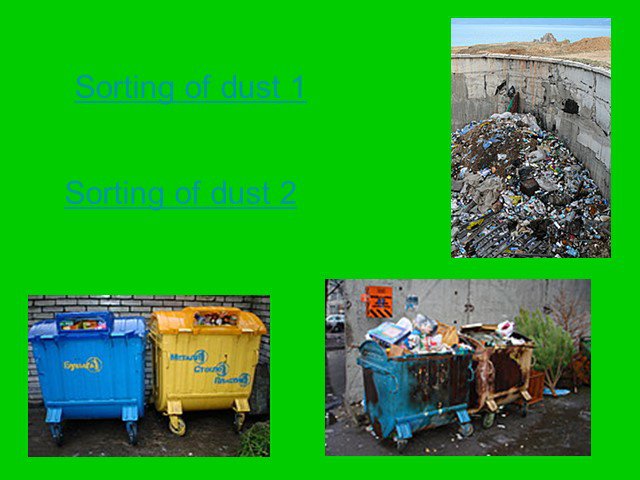 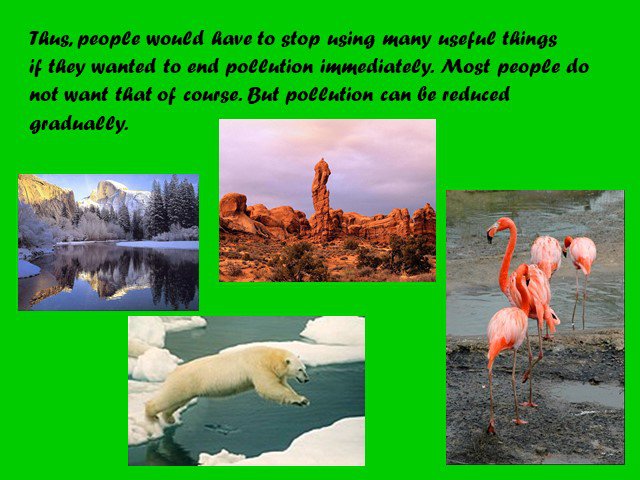 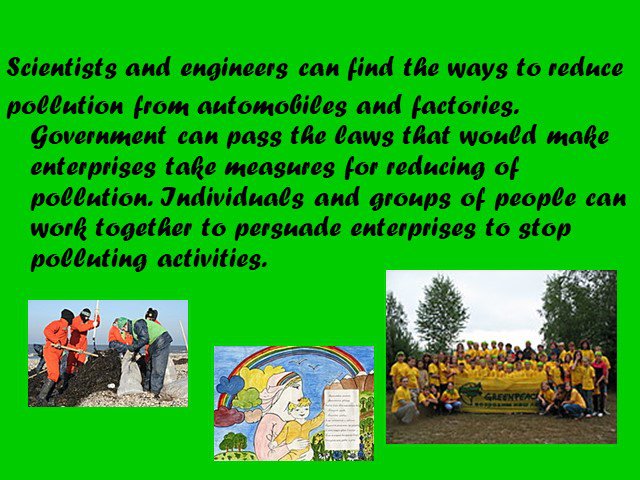 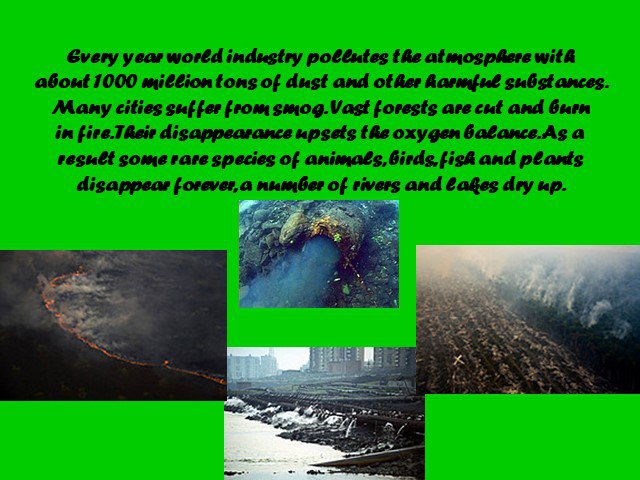 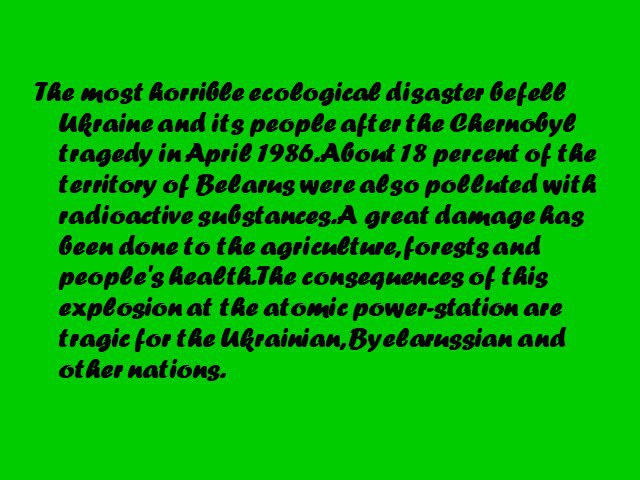 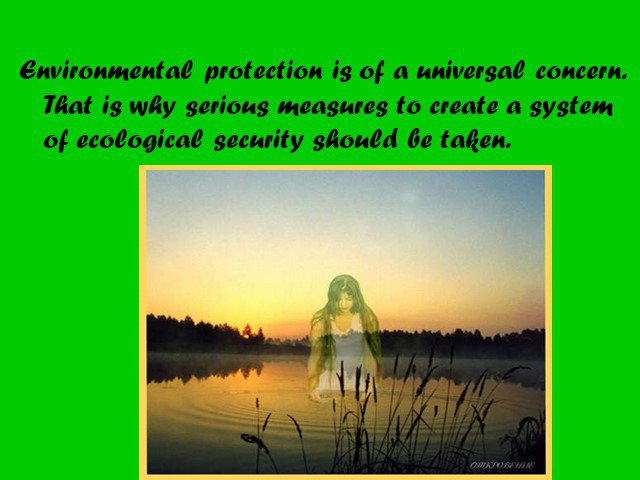 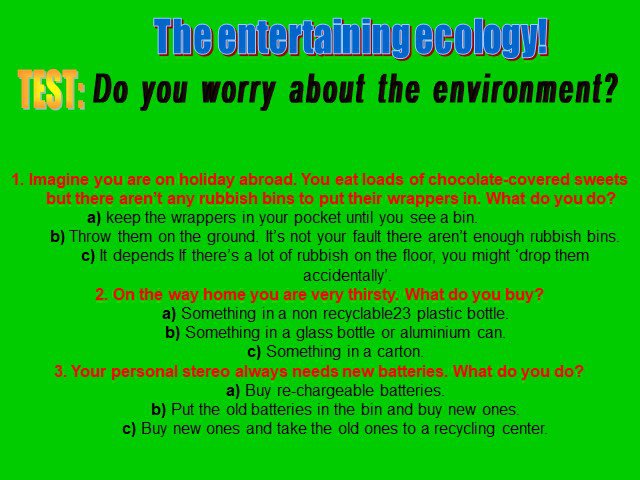 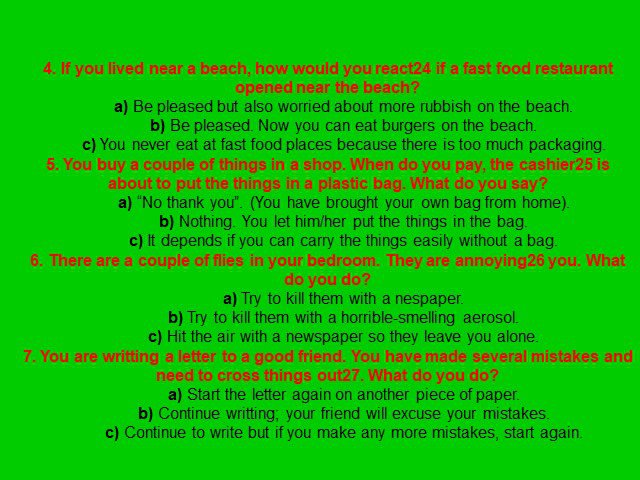 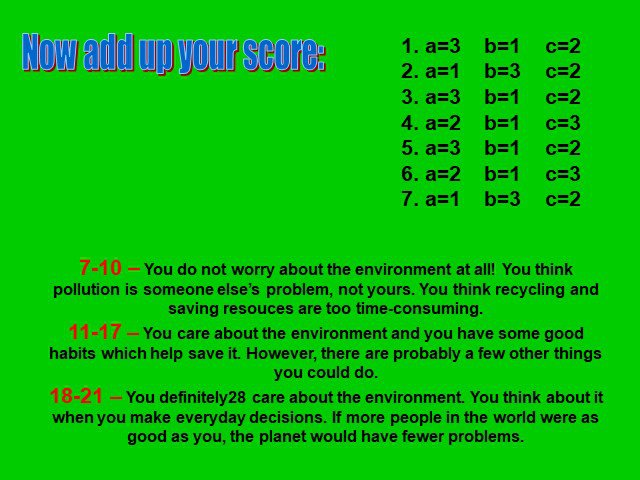 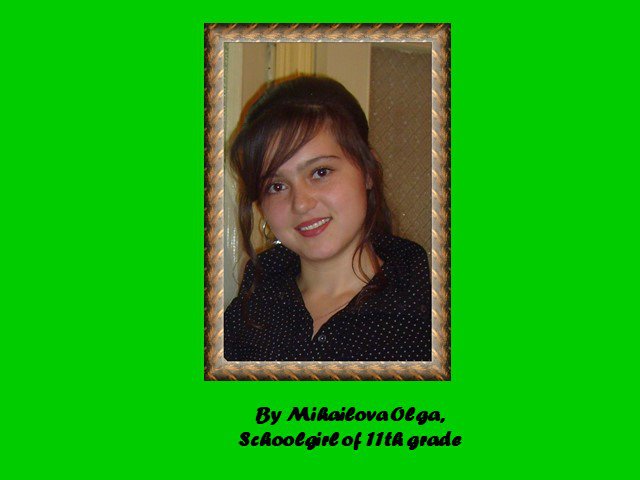 How do you treat the Earth?

People have always polluted their surroundings. But until now pollution was not such a serious problem. People lived in uncrowned rural areas and did not have pollution — causing machines. With the development of crowded industrial cities which put huge amounts of pollutants into small areas, the problem has become more important.

Automobiles and other new inventions make pollution steadily worse. Since the late 1960's people have become alarmed with the danger of pollution.

Air, water, and soil are necessary for existence of all living things. But polluted air can cause illness, and even death. Polluted water kills fish and other marine life. On polluted soil, food can not be grown. In addition environmental pollution spoils the natural beauty of our planet.

Pollution is as complicated as serious problem. Automobiles are polluting the air but they provide transportation for the people. Factories pollute the air and the water but they provide jobs for people and produce necessary goods. Fertilizers and pesticides are important for growing crops but they can ruin soil.

Thus, people would have to stop using many useful things if they wanted to end pollution immediately. Most people do not want that of course. But pollution can be reduced gradually.

Scientists and engineers can find the ways to reduce pollution from automobiles and factories. Government can pass the laws that would make enterprises take measures for reducing of pollution. Individuals and groups of people can work together to persuade enterprises to stop polluting activities.

Every year world industry pollutes the atmosphere with about 1000 million tons of dust and other harmful substances. Many cities suffer from smog. Vast forests are cut and burn in fire. Their disappearance upsets the oxygen balance. As a result some rare species of animals, birds, fish and plants disappear forever, a number of rivers and lakes dry up.

The most horrible ecological disaster befell Ukraine and its people after the Chernobyl tragedy in April 1986. About 18 percent of the territory of Belarus were also polluted with radioactive substances. A great damage has been done to the agriculture, forests and people's health. The consequences of this explosion at the atomic power-station are tragic for the Ukrainian, Byelarussian and other nations.

Environmental protection is of a universal concern. That is why serious measures to create a system of ecological security should be taken.

Do you worry about the environment?

1. Imagine you are on holiday abroad. You eat loads of chocolate-covered sweets but there aren’t any rubbish bins to put their wrappers in. What do you do? a) keep the wrappers in your pocket until you see a bin. b) Throw them on the ground. It’s not your fault there aren’t enough rubbish bins. c) It depends If there’s a lot of rubbish on the floor, you might ‘drop them accidentally’. 2. On the way home you are very thirsty. What do you buy? a) Something in a non recyclable23 plastic bottle. b) Something in a glass bottle or aluminium can. c) Something in a carton. 3. Your personal stereo always needs new batteries. What do you do? a) Buy re-chargeable batteries. b) Put the old batteries in the bin and buy new ones. c) Buy new ones and take the old ones to a recycling center.

4. If you lived near a beach, how would you react24 if a fast food restaurant opened near the beach? a) Be pleased but also worried about more rubbish on the beach. b) Be pleased. Now you can eat burgers on the beach. c) You never eat at fast food places because there is too much packaging. 5. You buy a couple of things in a shop. When do you pay, the cashier25 is about to put the things in a plastic bag. What do you say? a) “No thank you”. (You have brought your own bag from home). b) Nothing. You let him/her put the things in the bag. c) It depends if you can carry the things easily without a bag. 6. There are a couple of flies in your bedroom. They are annoying26 you. What do you do? a) Try to kill them with a nespaper. b) Try to kill them with a horrible-smelling aerosol. c) Hit the air with a newspaper so they leave you alone. 7. You are writting a letter to a good friend. You have made several mistakes and need to cross things out27. What do you do? a) Start the letter again on another piece of paper. b) Continue writting; your friend will excuse your mistakes. c) Continue to write but if you make any more mistakes, start again.

Now add up your score:

I think that everything in the world must be beautiful. A human life is a part of the whole environment and closely connected with it. It is true. ...

Our Planet is in Danger! Every day we hear about environmental problems: Acid rain Pollution Climate change The destruction of rainforests and other ...

Since ancient times Nature has served Man, being the source of his life. For thousands of years people lived in harmony with environment and it seemed ...

Environmental problems and ways of their solution

Everybody says your youth is probably the best time of young life, that being young means romance, love, new discoveries and so on. But it is also ...

The problems of a family

Problems of the Planet

How to Tackle our problems

School is fun, isn’t it

Sport is the way to healthy life