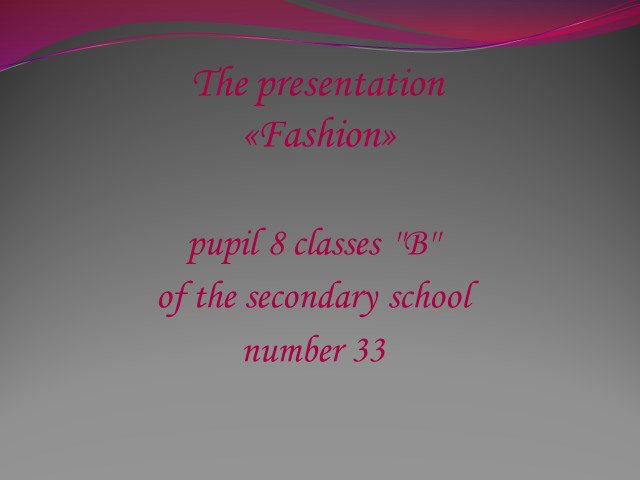 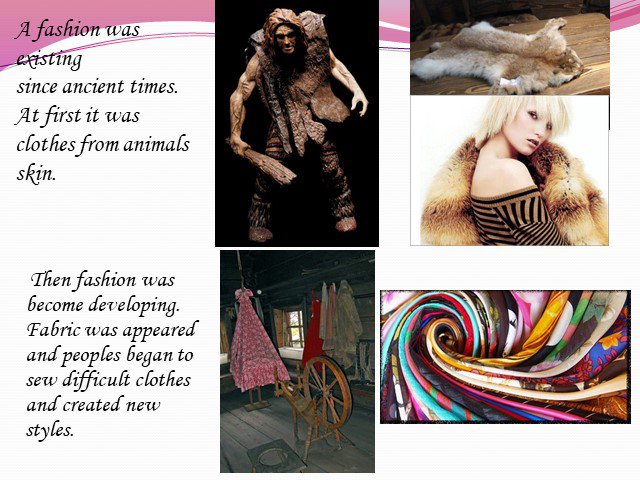 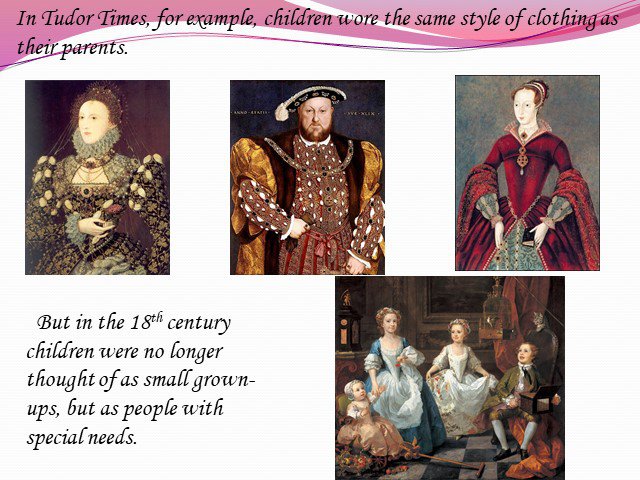 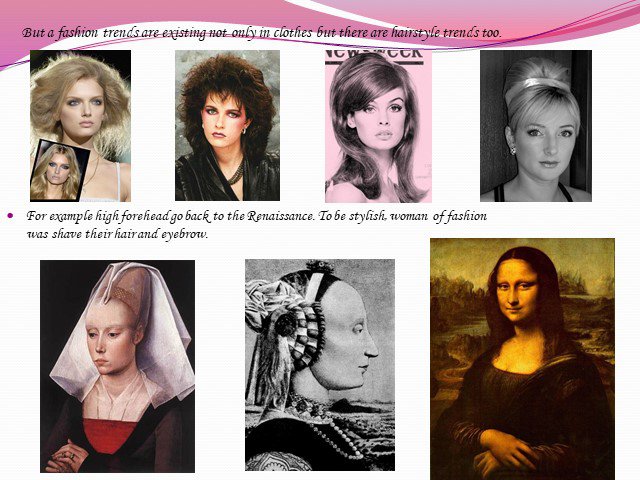 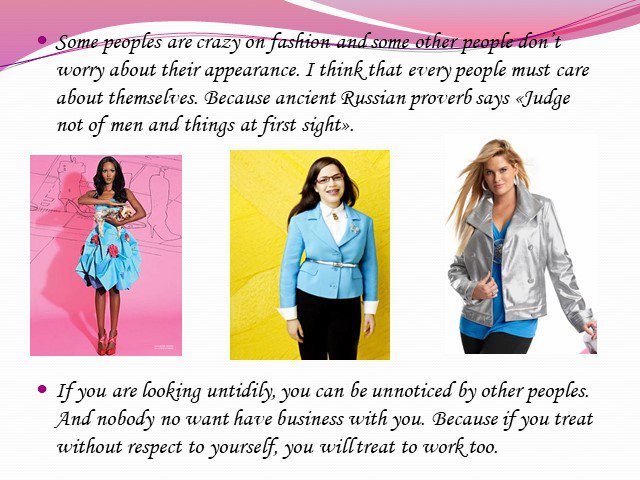 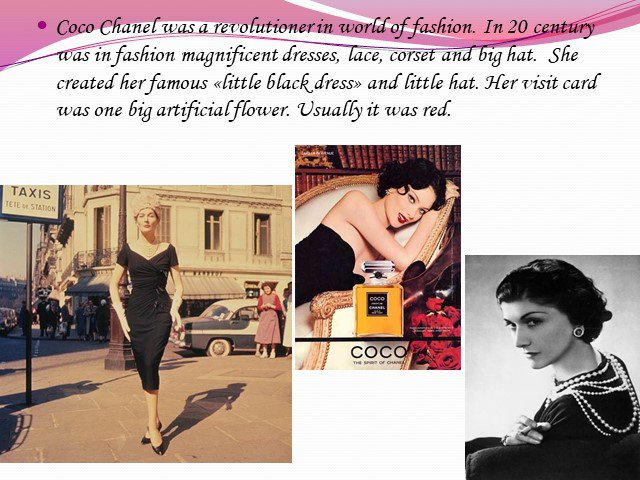 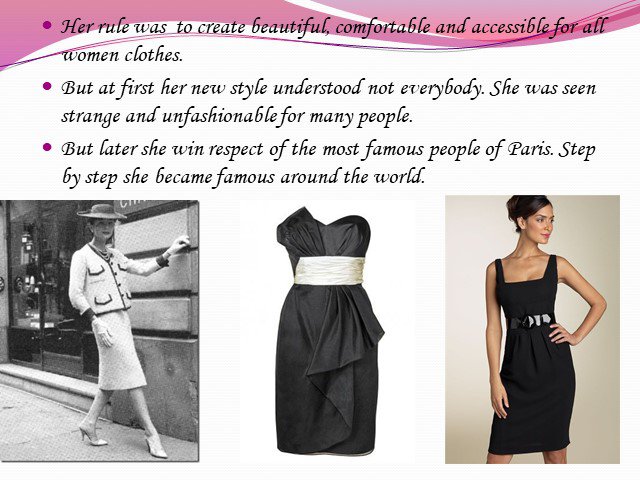 pupil 8 classes ''B'' of the secondary school number 33

A fashion was existing since ancient times. At first it was clothes from animals skin.

Then fashion was become developing. Fabric was appeared and peoples began to sew difficult clothes and created new styles.

In Tudor Times, for example, children wore the same style of clothing as their parents.

But in the 18th century children were no longer thought of as small grown-ups, but as people with special needs.

For example high forehead go back to the Renaissance. To be stylish, woman of fashion was shave their hair and eyebrow.

But a fashion trends are existing not only in clothes but there are hairstyle trends too.

Some peoples are crazy on fashion and some other people don’t worry about their appearance. I think that every people must care about themselves. Because ancient Russian proverb says «Judge not of men and things at first sight». If you are looking untidily, you can be unnoticed by other peoples. And nobody no want have business with you. Because if you treat without respect to yourself, you will treat to work too.

Coco Chanel was a revolutioner in world of fashion. In 20 century was in fashion magnificent dresses, lace, corset and big hat. She created her famous «little black dress» and little hat. Her visit card was one big artificial flower. Usually it was red.

Her rule was to create beautiful, comfortable and accessible for all women clothes. But at first her new style understood not everybody. She was seen strange and unfashionable for many people. But later she win respect of the most famous people of Paris. Step by step she became famous around the world.

Women's fashion of the middle ages

Beauty ideal early 15 th century - a girl with a high forehead. In order to correct the lack of natural, medieval beauties pull out your hair with ...

Preface:. This group is described by a single phrase. "This is one of those cases when two very talented people met two geniuses." This phrase perfectly ...

Let’s have a fashion show

Is fashion important for you?

School is fun, isn’t it