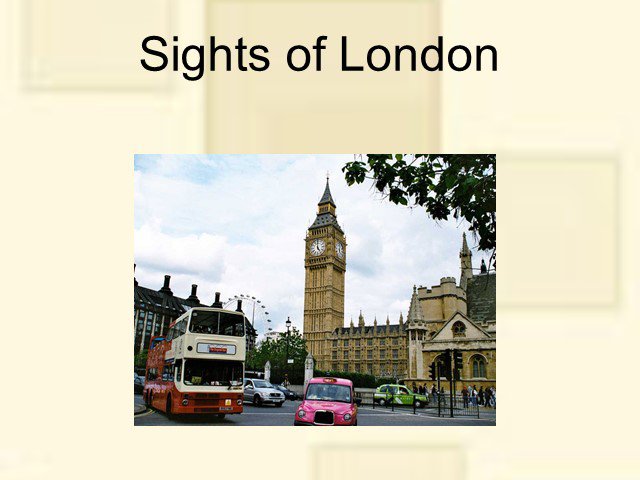 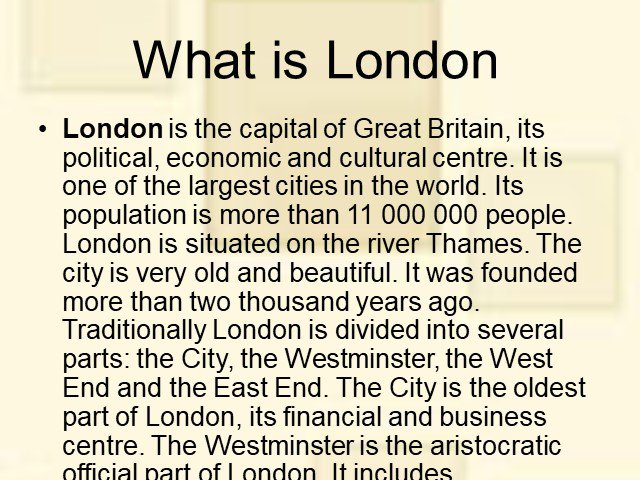 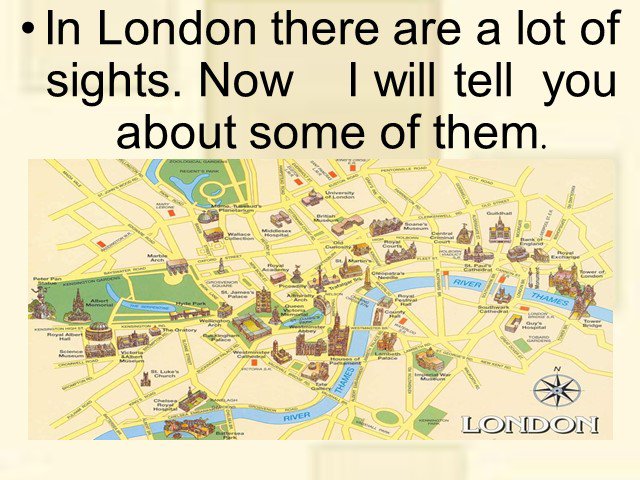 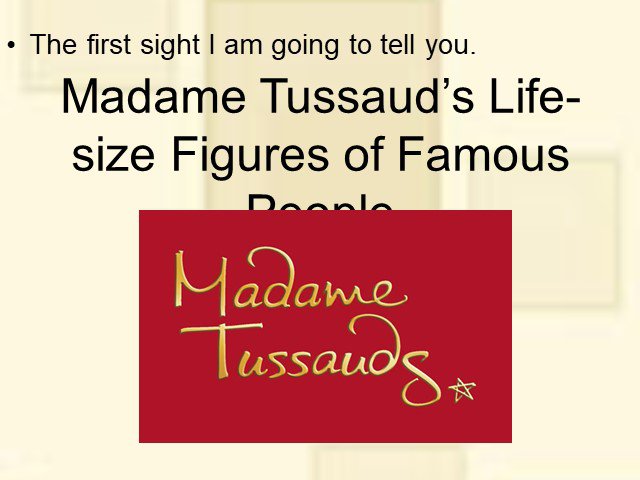 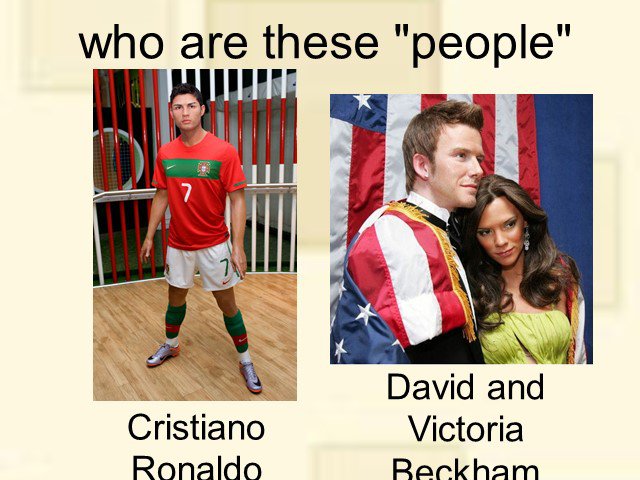 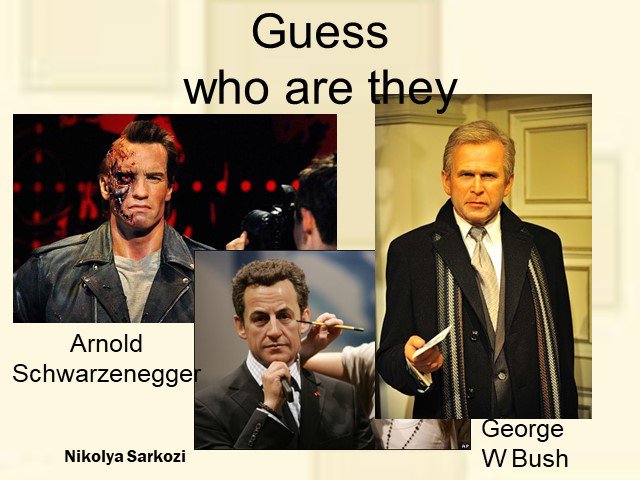 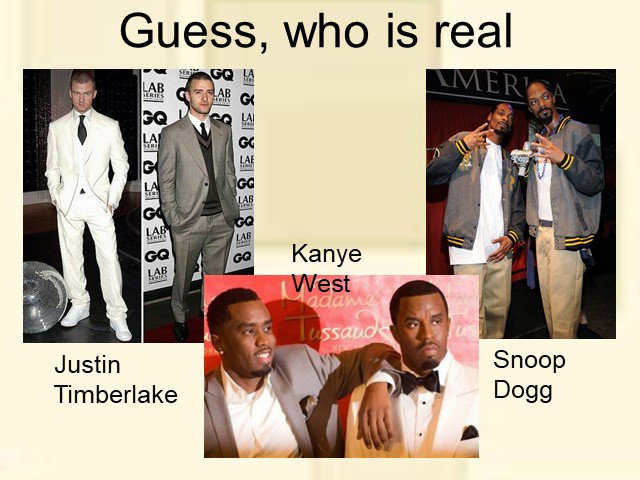 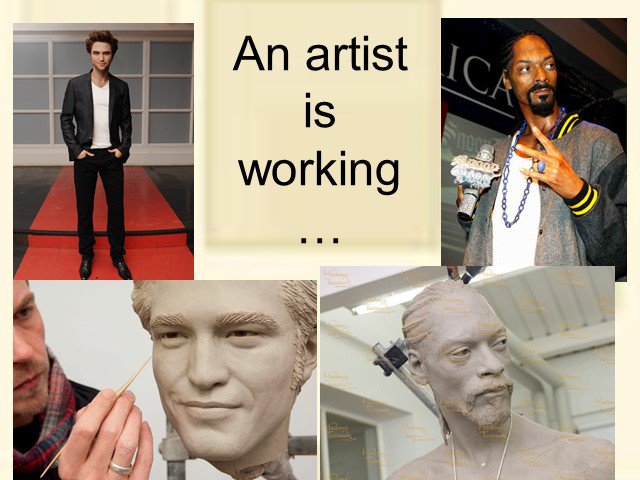 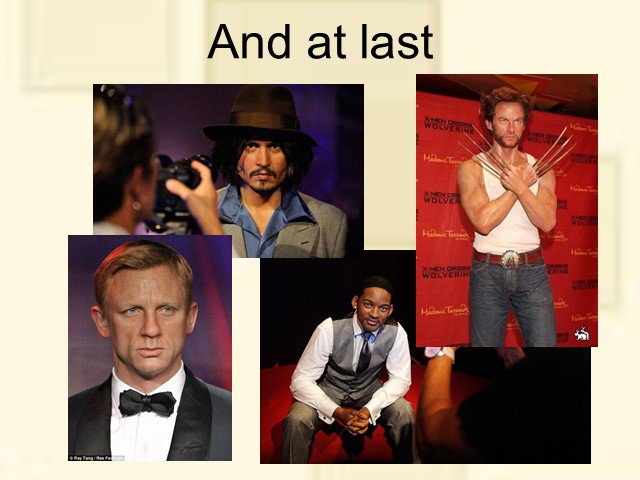 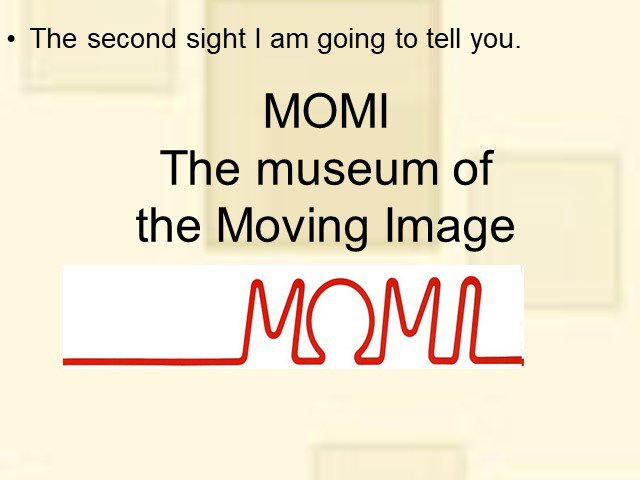 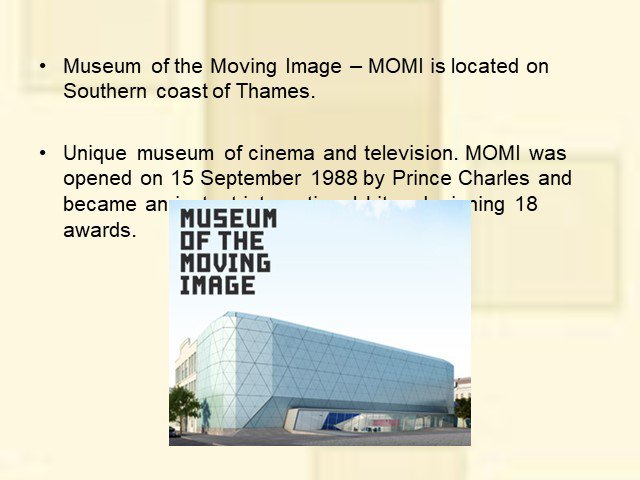 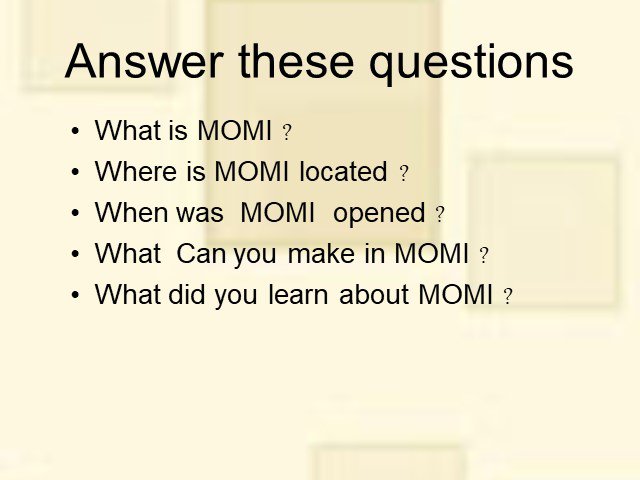 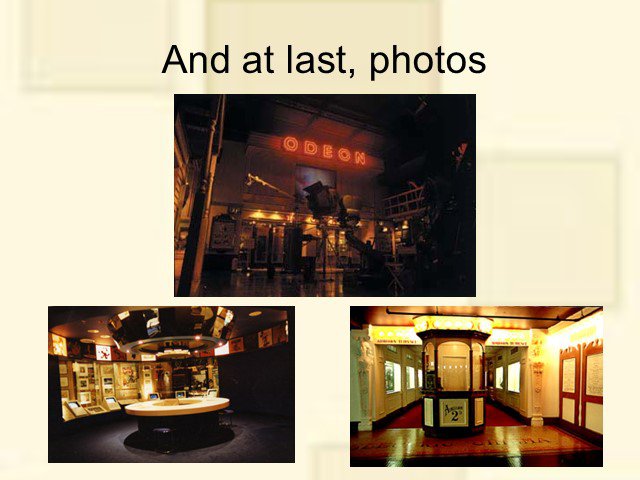 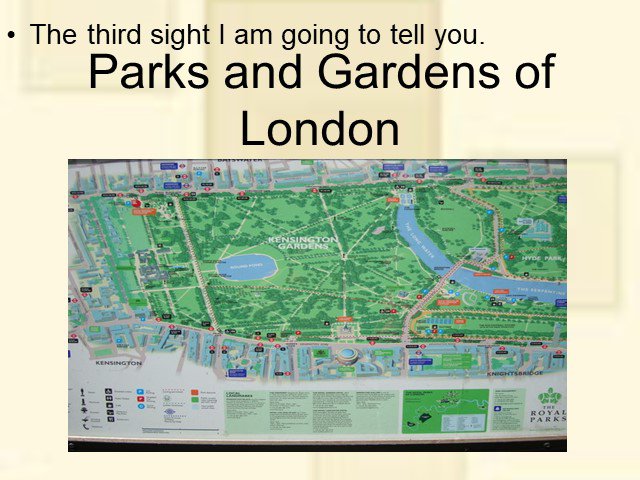 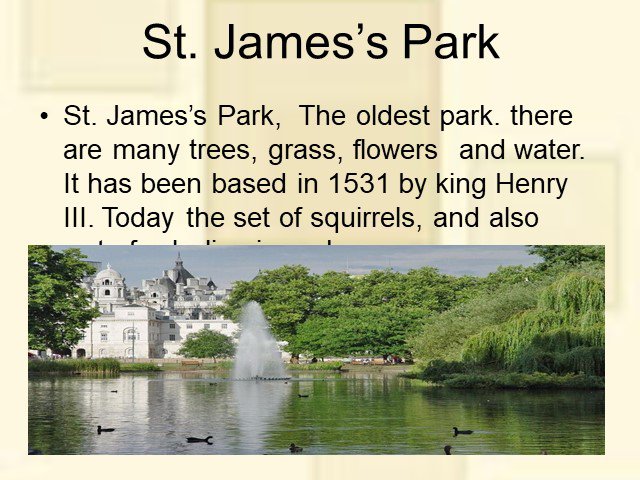 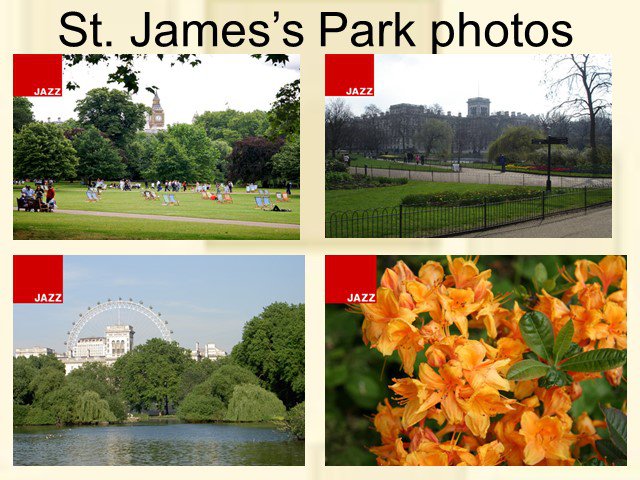 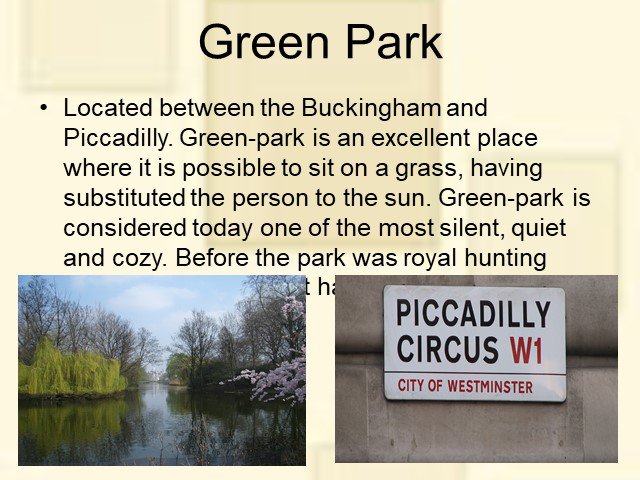 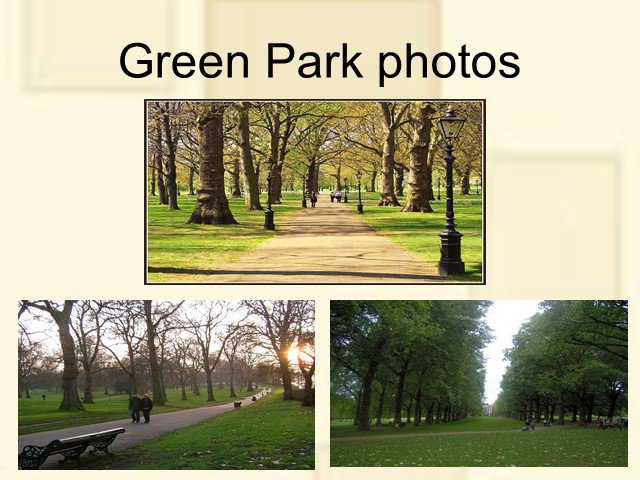 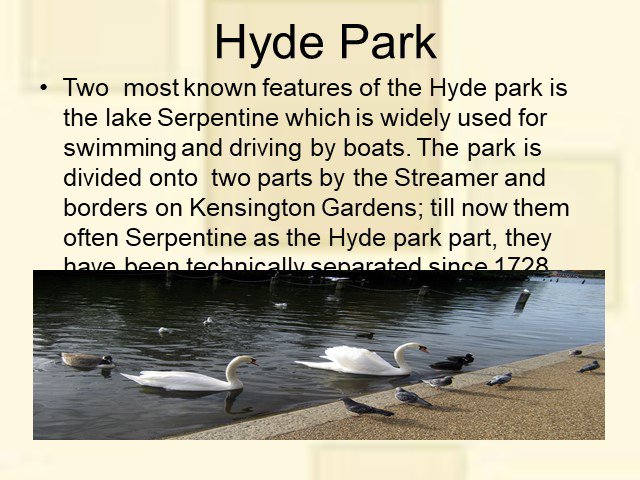 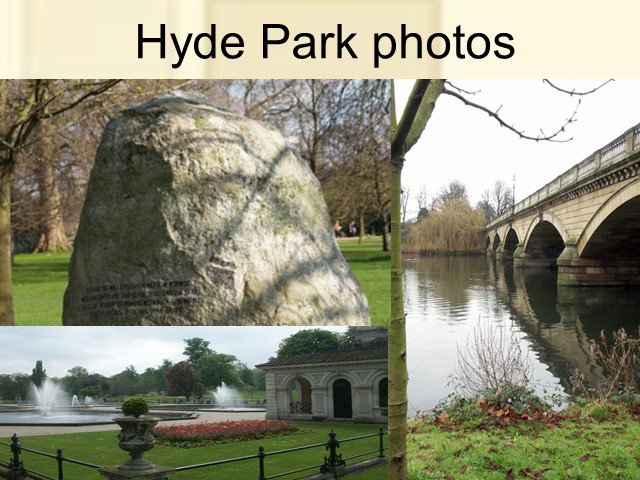 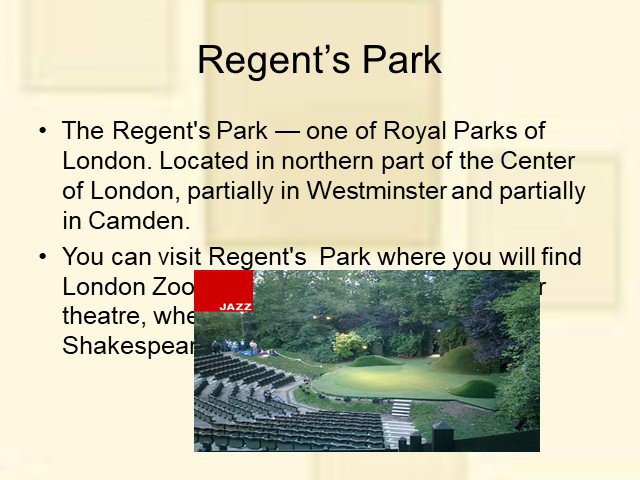 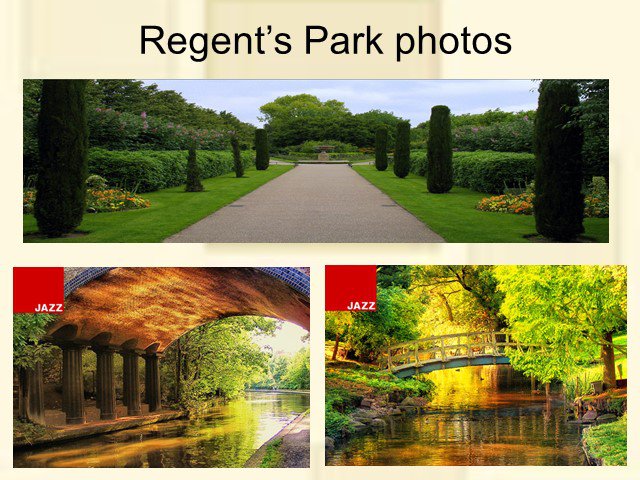 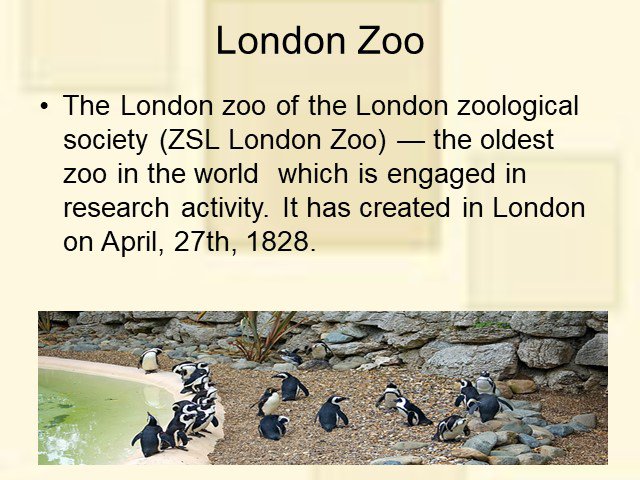 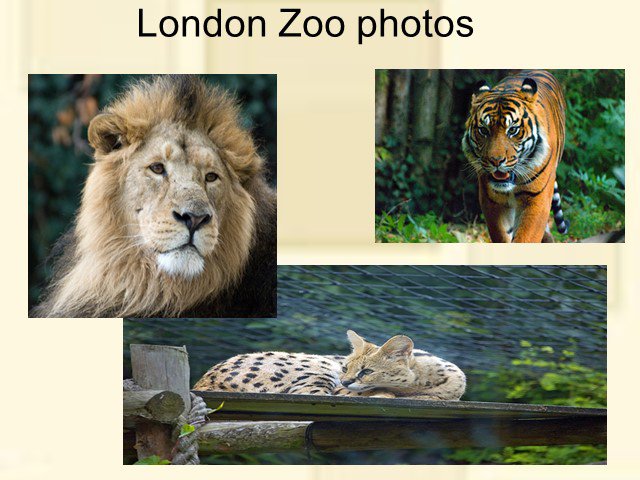 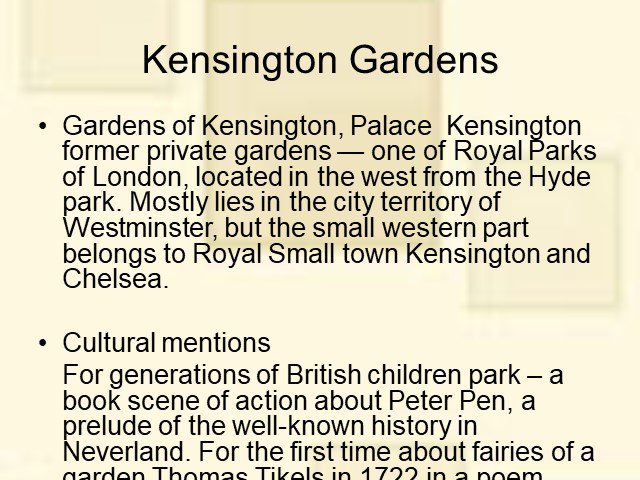 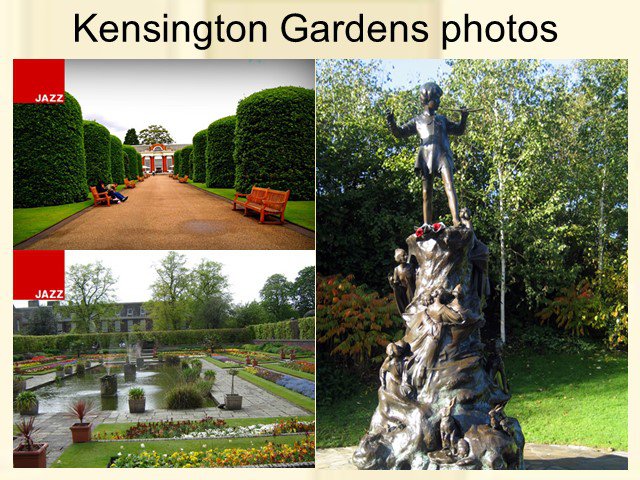 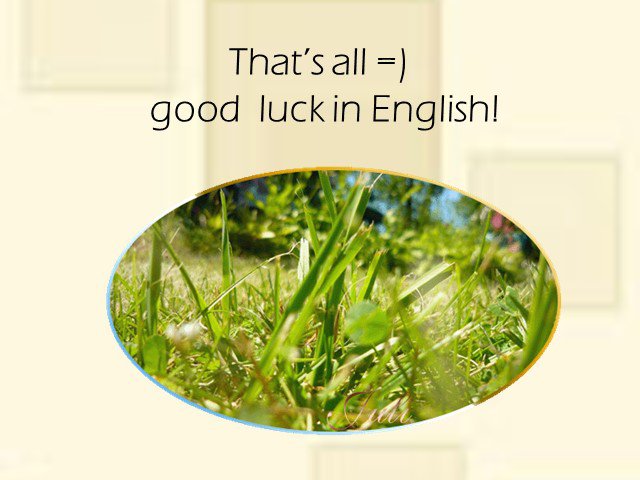 London is the capital of Great Britain, its political, economic and cultural centre. It is one of the largest cities in the world. Its population is more than 11 000 000 people. London is situated on the river Thames. The city is very old and beautiful. It was founded more than two thousand years ago. Traditionally London is divided into several parts: the City, the Westminster, the West End and the East End. The City is the oldest part of London, its financial and business centre. The Westminster is the aristocratic official part of London. It includes Buckingham Palace, where the Queen lives, and the Houses of Parliament.

In London there are a lot of sights. Now I will tell you about some of them.

The first sight I am going to tell you.

Every visitor to London knows who is Madame Tussaud's. And almost every visitor has seen her, an old lady of 81, standing at the entrance of her own exhibition. She is made of wax, like all the models of people in this museum. “200 Years” room covers the history of Madame Tussaud’s over the last two centuries. There are also other rooms, such as: “Legends and Superstars”, rooms with popular music singers, the members of royal families and military leaders. There is the “Chamber of Horrors” which amuses visitors very much. “The Spirit of London” is a magnificent journey through London’s history. It’s not easy to tell about all interesting things one can see in the museum. This is the place that is worth visiting.

who are these "people" Cristiano Ronaldo David and Victoria Beckham

An artist is working…

MOMI The museum of the Moving Image

The second sight I am going to tell you.

Museum of the Moving Image – MOMI is located on Southern coast of Thames. Unique museum of cinema and television. MOMI was opened on 15 September 1988 by Prince Charles and became an instant international hit and winning 18 awards.

What is MOMI ? Where is MOMI located ? When was MOMI opened ? What Can you make in MOMI ? What did you learn about MOMI ?

And at last, photos

Parks and Gardens of London

The third sight I am going to tell you.

St. James’s Park, The oldest park. there are many trees, grass, flowers and water. It has been based in 1531 by king Henry III. Today the set of squirrels, and also waterfowls live in park.

Located between the Buckingham and Piccadilly. Green-park is an excellent place where it is possible to sit on a grass, having substituted the person to the sun. Green-park is considered today one of the most silent, quiet and cozy. Before the park was royal hunting grounds, but in 1826 it has been opened for general public.

Two most known features of the Hyde park is the lake Serpentine which is widely used for swimming and driving by boats. The park is divided onto two parts by the Streamer and borders on Kensington Gardens; till now them often Serpentine as the Hyde park part, they have been technically separated since 1728 when Queen Keroline has separated them from the Hyde park.

The Regent's Park — one of Royal Parks of London. Located in northern part of the Center of London, partially in Westminster and partially in Camden. You can visit Regent's Park where you will find London Zoo, a boating lake and an open-air theatre, where in summer you can enjoy Shakespeare's plays.

The London zoo of the London zoological society (ZSL London Zoo) — the oldest zoo in the world which is engaged in research activity. It has created in London on April, 27th, 1828. It is located in northern part of Regent's Park (Regent's Canal proceeds through it)

Gardens of Kensington, Palace Kensington former private gardens — one of Royal Parks of London, located in the west from the Hyde park. Mostly lies in the city territory of Westminster, but the small western part belongs to Royal Small town Kensington and Chelsea. Cultural mentions For generations of British children park – a book scene of action about Peter Pen, a prelude of the well-known history in Neverland. For the first time about fairies of a garden Thomas Tikels in 1722 in a poem «Gardens of Kensington» has written. Both the book, and the hero are immortalized by Peter Pan's located in park the statue.

That’s all =) good luck in English!

The thames. The houses of parliament. Big ben. Westminster abbey. Westminster bridge. The tower of London. The white tower. Beefeaters – the guards ...

London — the capital of the United Kingdom of Great Britain. The largest city on the British Isles. Historical and administrative center of London ...

Wales ? Great Britain. What is the capital of … ? Scotland Northern Ireland England Edinburgh Belfast Cardiff London. What is the weather like in ...

The tower of london

Let’s make an excursion to some museums in London! The British Museum. The Victoria and Albert Museum. The Wellington Arch. The Royal Greenwich Observatory . ...

London is the British capital and one of the biggest cities in the world. London is situated upon both banks of the River Thames, it is the largest ...

1 Answer. Founded by Edward the Confessor in 1050, the Abbey was a monastery for a long time. There are memorials to eminent men and women. But the ...

City. City is the oldest area of London City is the largest financial center There is St. Paul's Cathedral ,St Bridge Church, one of the oldest churches ...

A trip to london

Sightseeing in London. London is the capital of the United Kingdom, one of the largest and one of the world’s most enjoyable cities. It offers the ...

Exploring the sights of London

Places of interest in London

Our Trip to London

New Facts from the History of London Zoo

A TRIP TO LONDON

We are going to travel to London