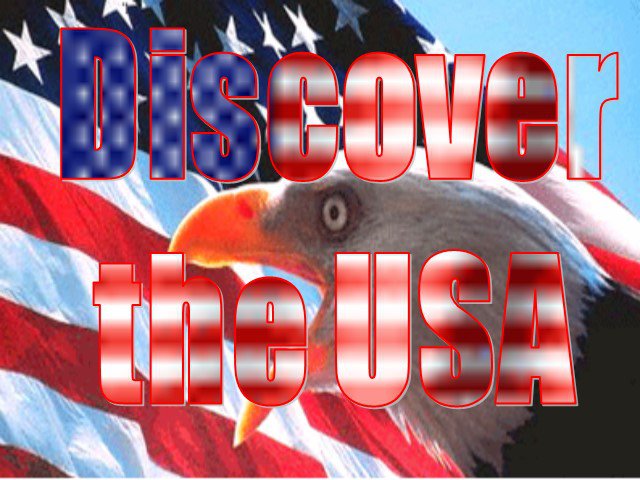 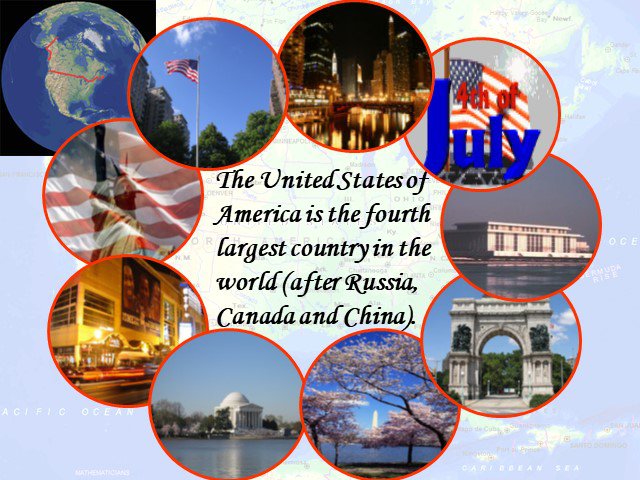 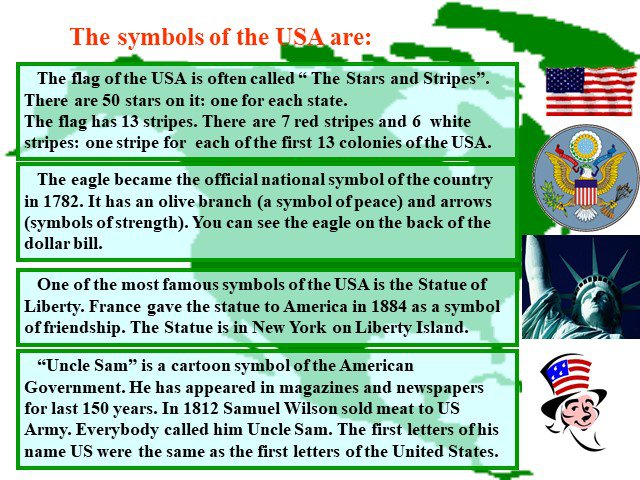 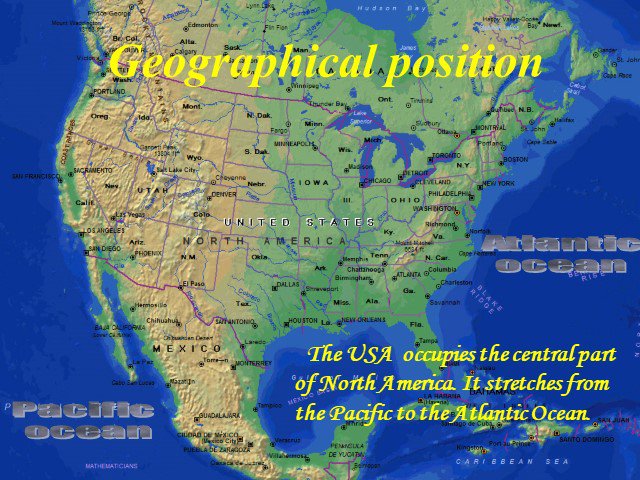 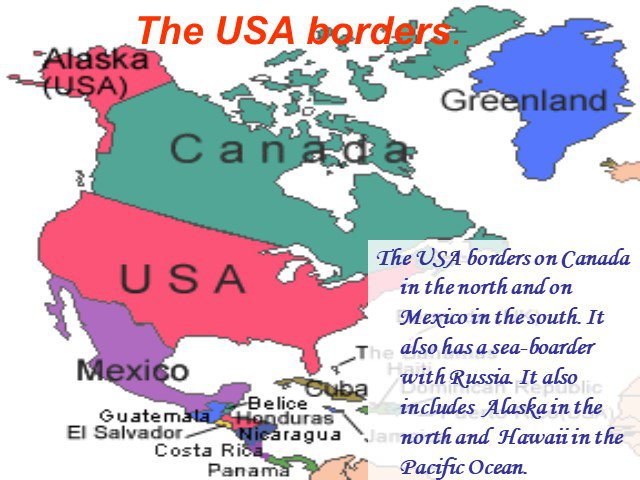 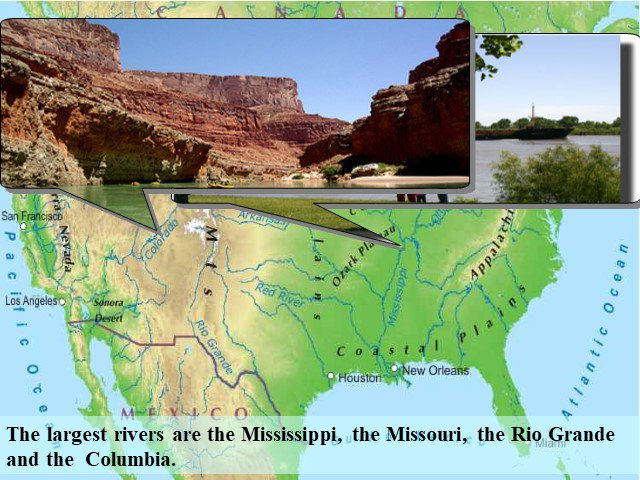 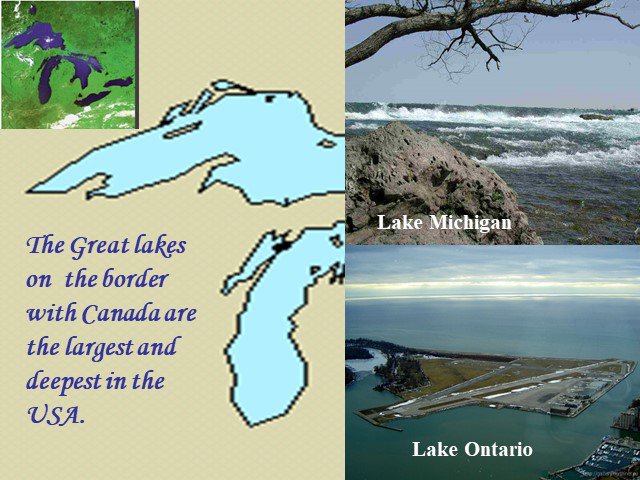 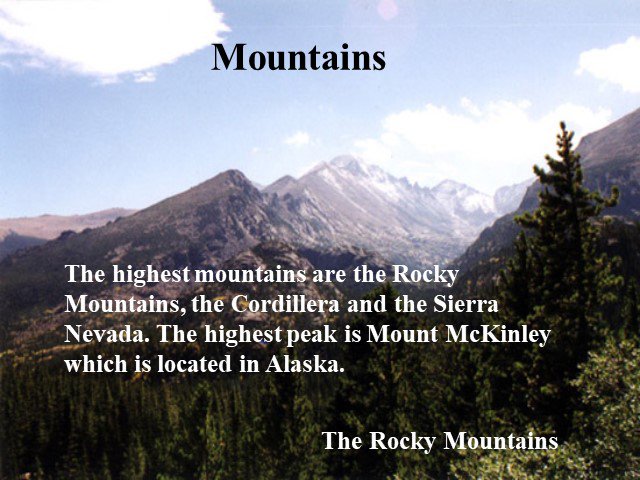 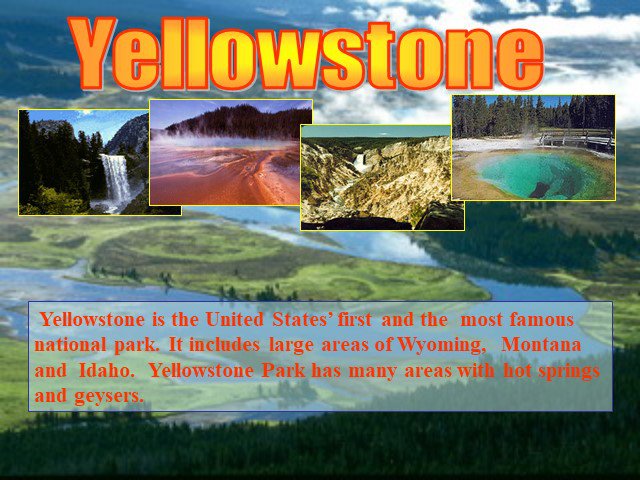 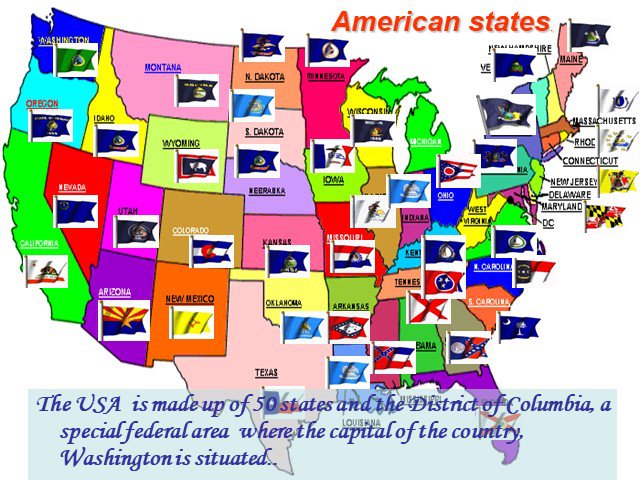 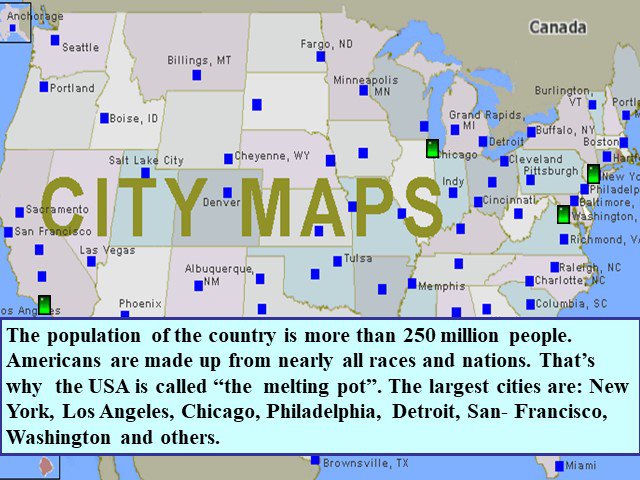 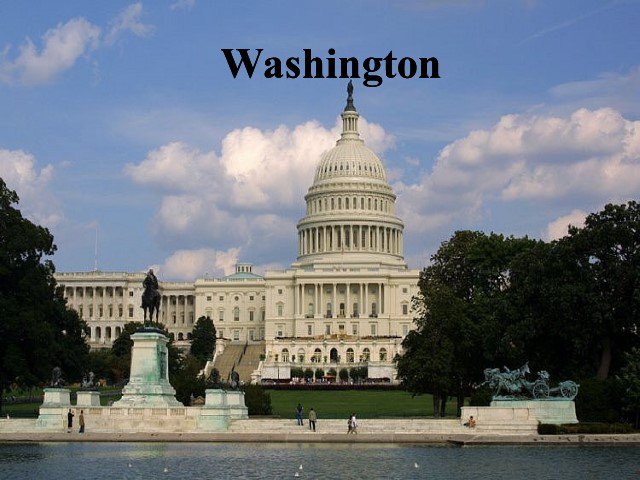 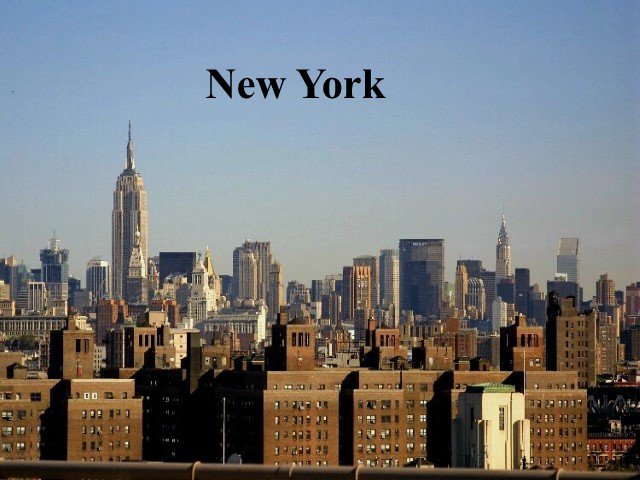 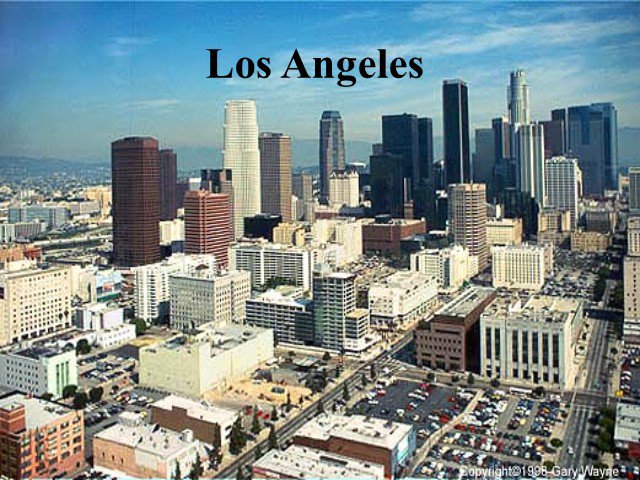 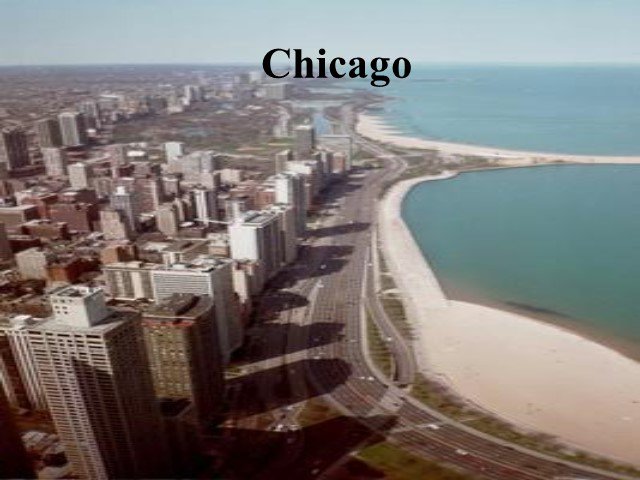 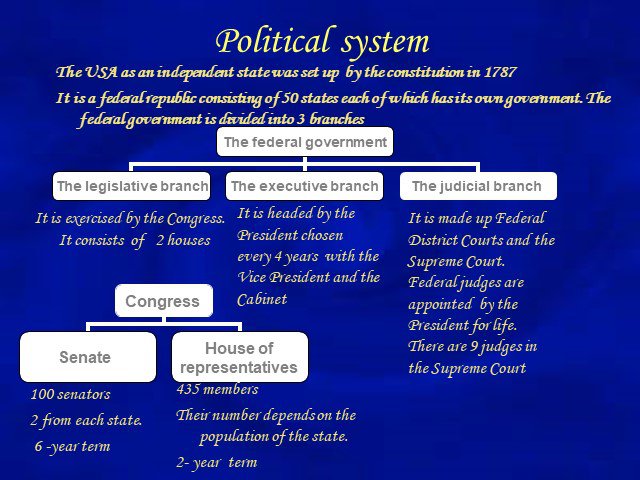 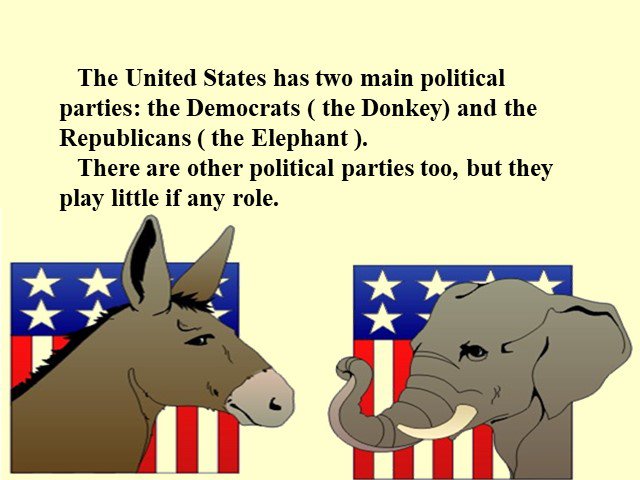 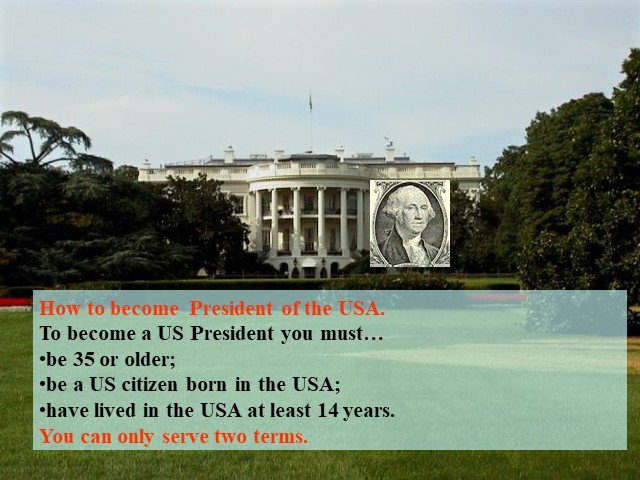 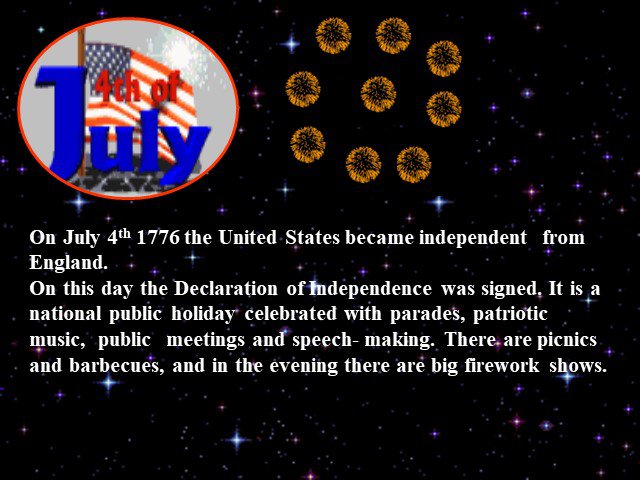 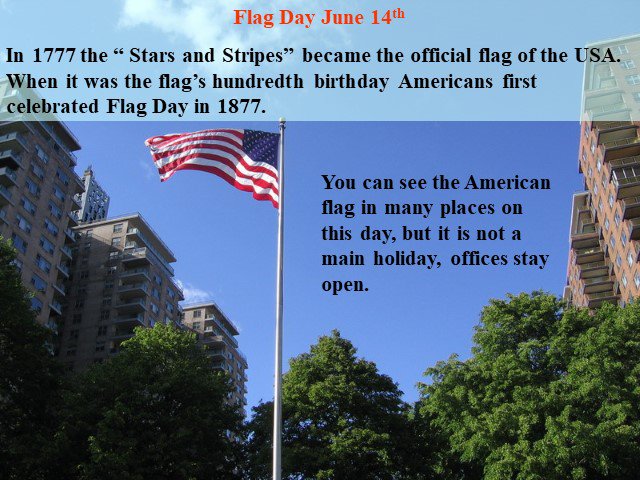 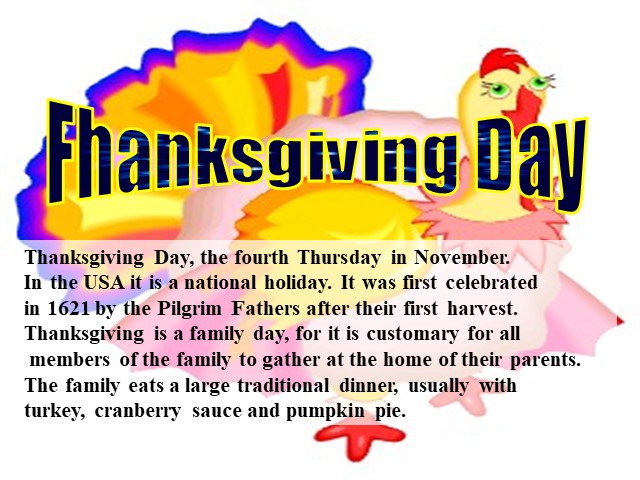 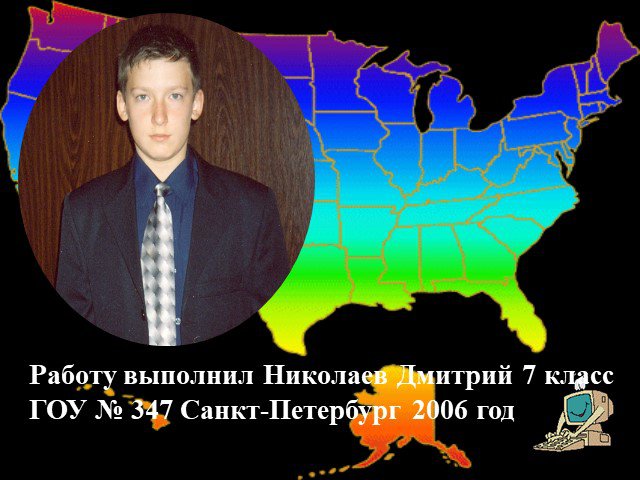 The United States of America is the fourth largest country in the world (after Russia, Canada and China).

The flag of the USA is often called “ The Stars and Stripes”. There are 50 stars on it: one for each state. The flag has 13 stripes. There are 7 red stripes and 6 white stripes: one stripe for each of the first 13 colonies of the USA.

The eagle became the official national symbol of the country in 1782. It has an olive branch (a symbol of peace) and arrows (symbols of strength). You can see the eagle on the back of the dollar bill.

One of the most famous symbols of the USA is the Statue of Liberty. France gave the statue to America in 1884 as a symbol of friendship. The Statue is in New York on Liberty Island.

The symbols of the USA are:

“Uncle Sam” is a cartoon symbol of the American Government. He has appeared in magazines and newspapers for last 150 years. In 1812 Samuel Wilson sold meat to US Army. Everybody called him Uncle Sam. The first letters of his name US were the same as the first letters of the United States.

The USA occupies the central part of North America. It stretches from the Pacific to the Atlantic Ocean.

The largest rivers are the Mississippi, the Missouri, the Rio Grande and the Columbia.

The Great lakes on the border with Canada are the largest and deepest in the USA.

The highest mountains are the Rocky Mountains, the Cordillera and the Sierra Nevada. The highest peak is Mount McKinley which is located in Alaska.

Yellowstone is the United States’ first and the most famous national park. It includes large areas of Wyoming, Montana and Idaho. Yellowstone Park has many areas with hot springs and geysers.

The USA is made up of 50 states and the District of Columbia, a special federal area where the capital of the country, Washington is situated..

The population of the country is more than 250 million people. Americans are made up from nearly all races and nations. That’s why the USA is called “the melting pot”. The largest cities are: New York, Los Angeles, Chicago, Philadelphia, Detroit, San- Francisco, Washington and others.

The USA as an independent state was set up by the constitution in 1787 It is a federal republic consisting of 50 states each of which has its own government. The federal government is divided into 3 branches

It is exercised by the Congress. It consists of 2 houses

435 members Their number depends on the population of the state. 2- year term

How to become President of the USA. To become a US President you must… be 35 or older; be a US citizen born in the USA; have lived in the USA at least 14 years. You can only serve two terms.

On July 4th 1776 the United States became independent from England. On this day the Declaration of Independence was signed. It is a national public holiday celebrated with parades, patriotic music, public meetings and speech- making. There are picnics and barbecues, and in the evening there are big firework shows.

Flag Day June 14th In 1777 the “ Stars and Stripes” became the official flag of the USA. When it was the flag’s hundredth birthday Americans first celebrated Flag Day in 1877.

You can see the American flag in many places on this day, but it is not a main holiday, offices stay open.

Thanksgiving Day, the fourth Thursday in November. In the USA it is a national holiday. It was first celebrated in 1621 by the Pilgrim Fathers after their first harvest. Thanksgiving is a family day, for it is customary for all members of the family to gather at the home of their parents. The family eats a large traditional dinner, usually with turkey, cranberry sauce and pumpkin pie.