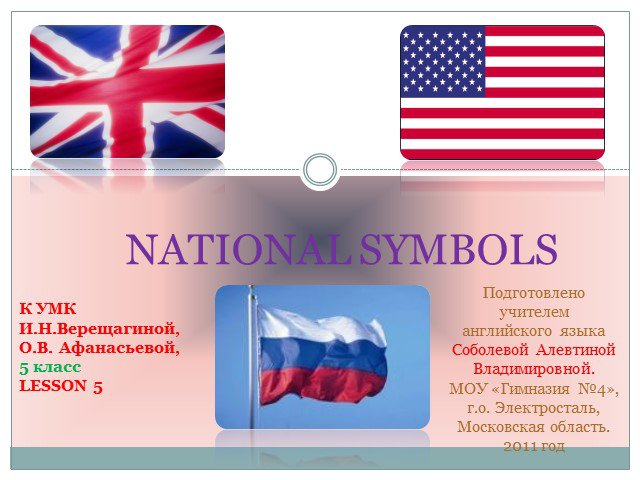 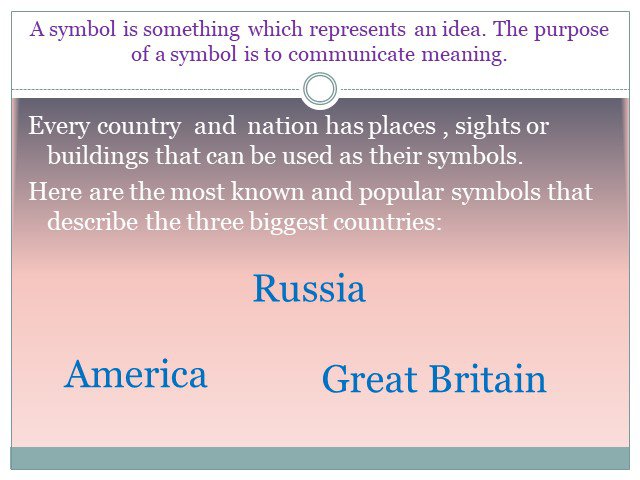 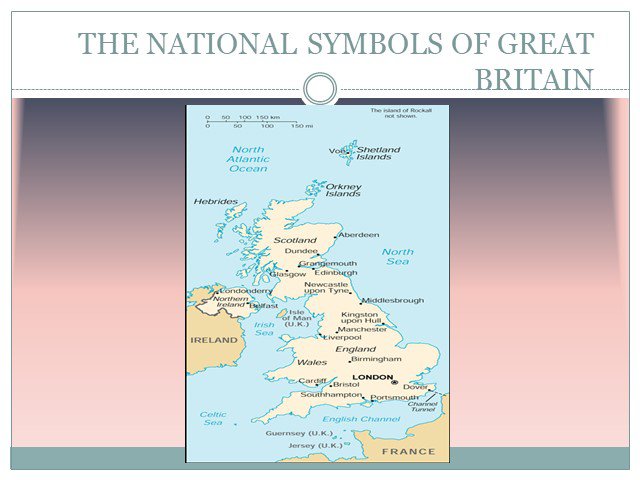 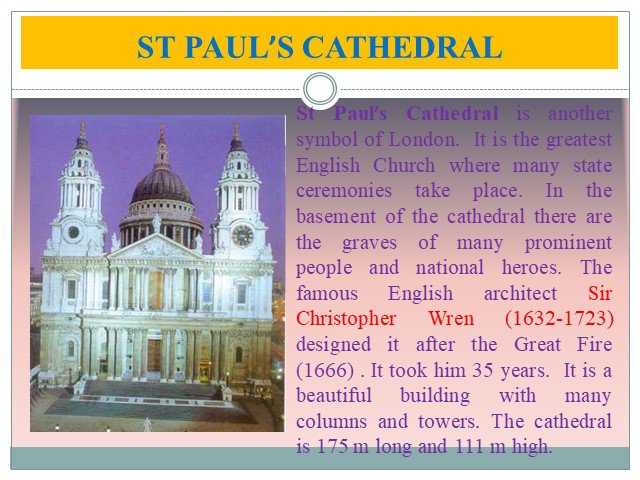 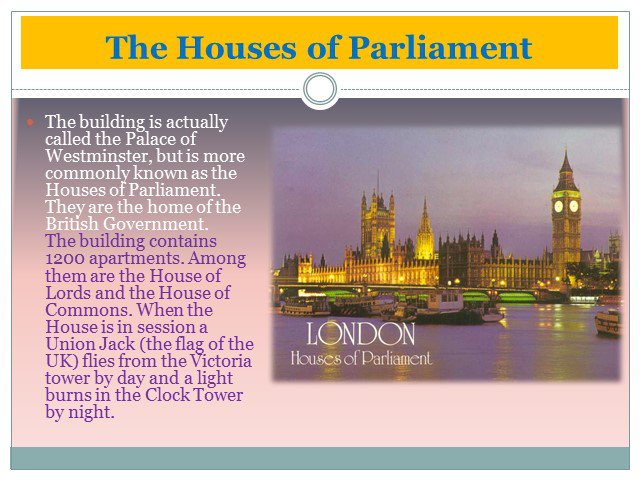 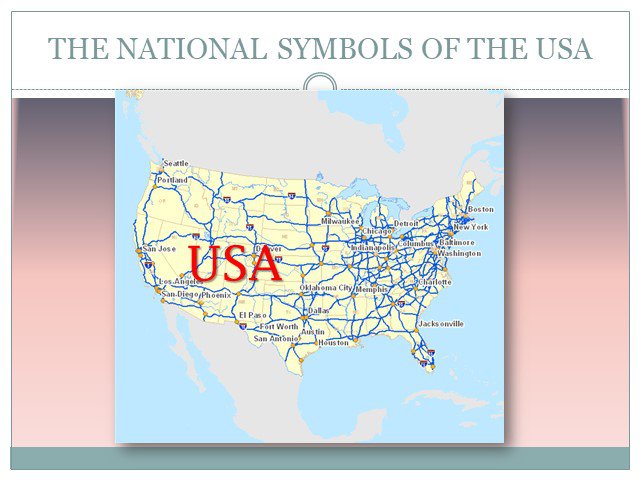 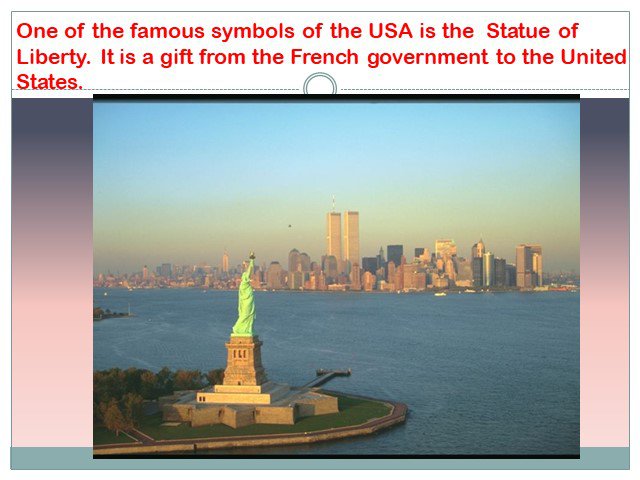 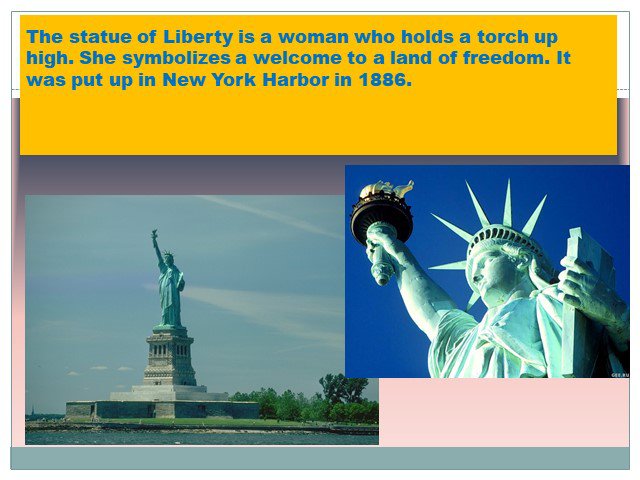 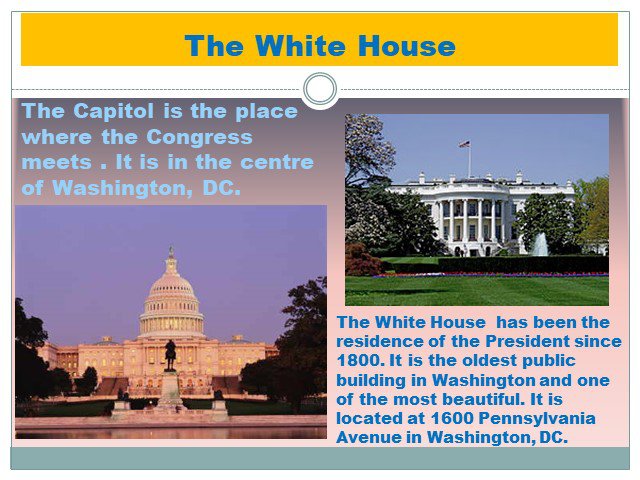 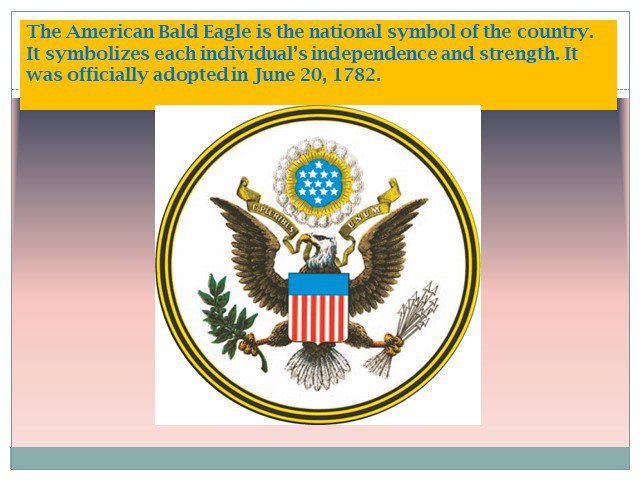 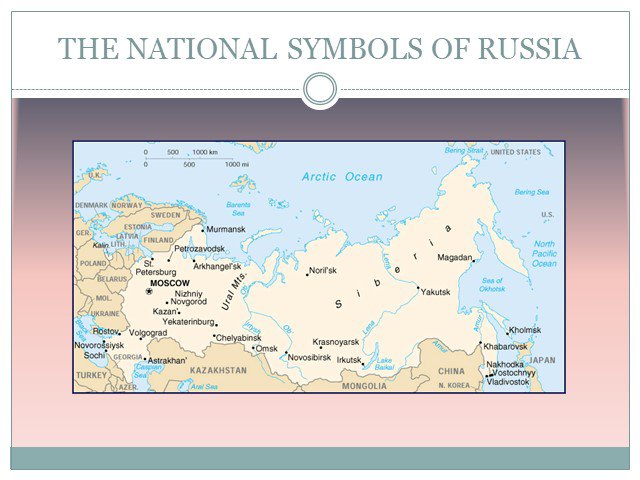 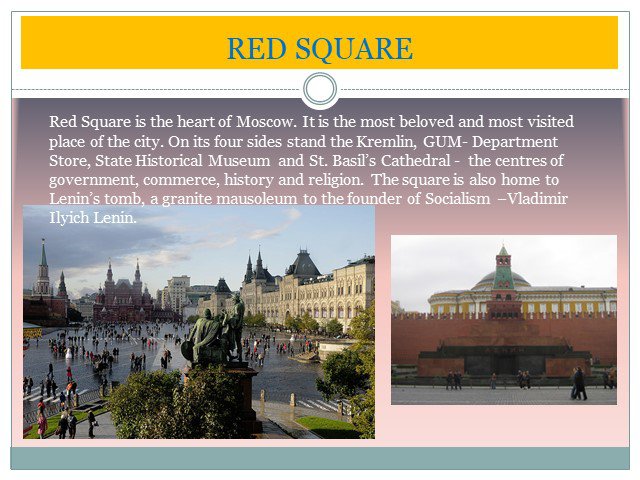 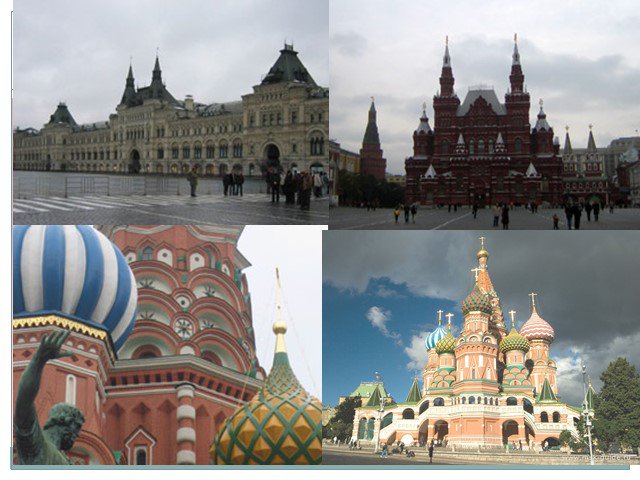 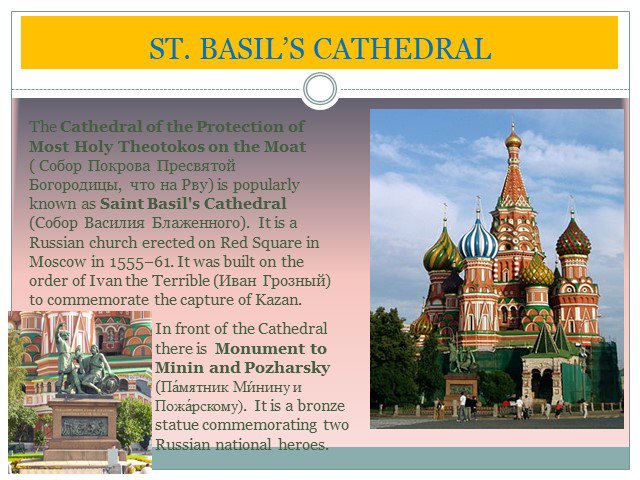 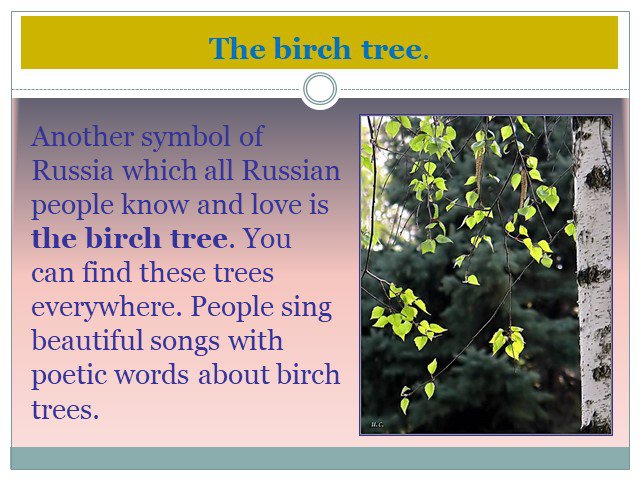 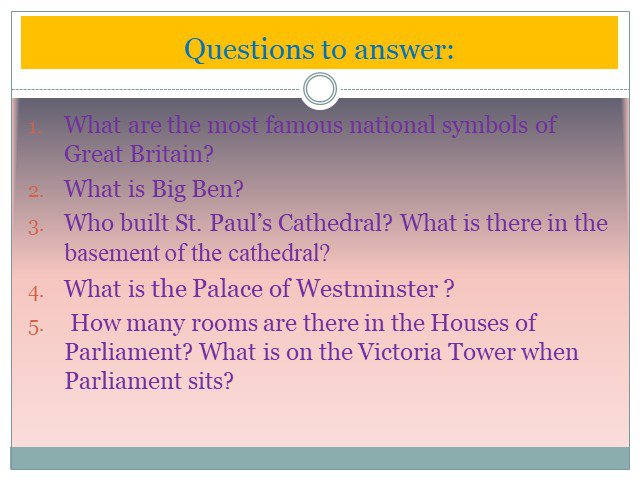 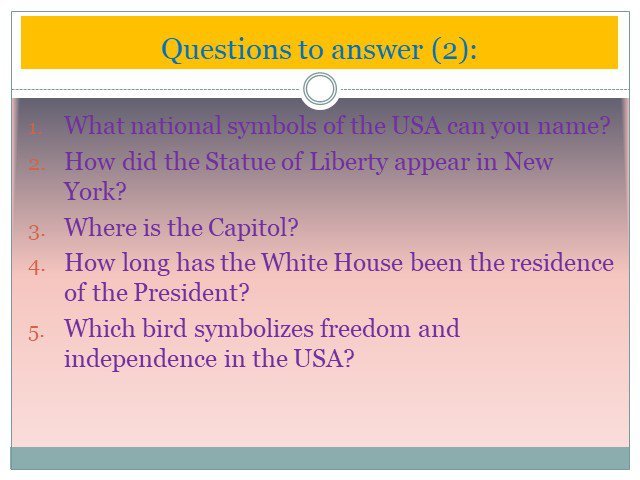 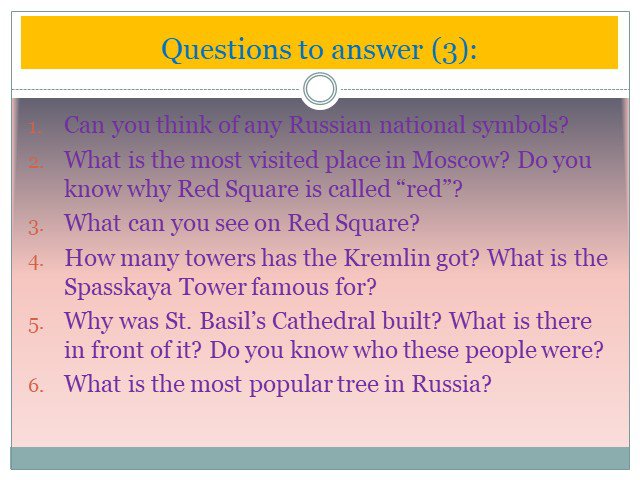 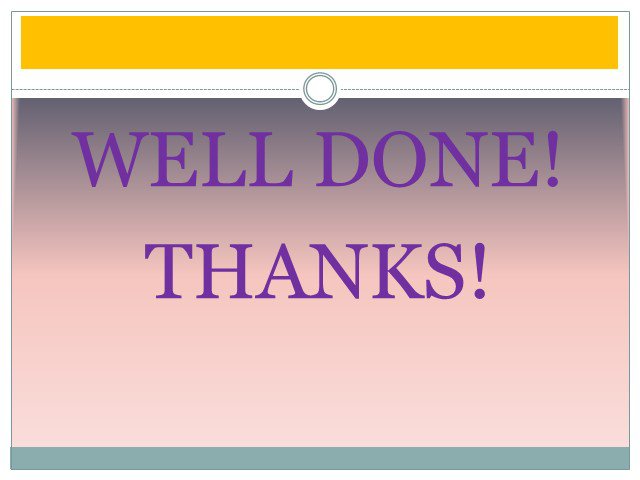 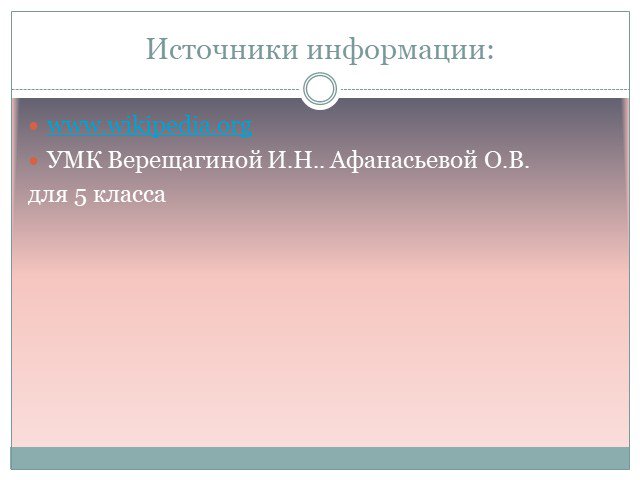 A symbol is something which represents an idea. The purpose of a symbol is to communicate meaning.

Every country and nation has places , sights or buildings that can be used as their symbols. Here are the most known and popular symbols that describe the three biggest countries:

THE NATIONAL SYMBOLS OF GREAT BRITAIN

Big Ben is the name of the bell on the clock. It is one of the most famous symbols of London. The clock is on the tower of the Houses of Parliament. It is 98 meters high. The bell is about 14 tons. It is named after Sir Benjamin Hall, the first Commissioner of Works.

St Paul’s Cathedral is another symbol of London. It is the greatest English Church where many state ceremonies take place. In the basement of the cathedral there are the graves of many prominent people and national heroes. The famous English architect Sir Christopher Wren (1632-1723) designed it after the Great Fire (1666) . It took him 35 years. It is a beautiful building with many columns and towers. The cathedral is 175 m long and 111 m high.

The Houses of Parliament

The building is actually called the Palace of Westminster, but is more commonly known as the Houses of Parliament. They are the home of the British Government. The building contains 1200 apartments. Among them are the House of Lords and the House of Commons. When the House is in session a Union Jack (the flag of the UK) flies from the Victoria tower by day and a light burns in the Clock Tower by night.

THE NATIONAL SYMBOLS OF THE USA USA

One of the famous symbols of the USA is the Statue of Liberty. It is a gift from the French government to the United States.

The statue of Liberty is a woman who holds a torch up high. She symbolizes a welcome to a land of freedom. It was put up in New York Harbor in 1886.

The Capitol is the place where the Congress meets . It is in the centre of Washington, DC.

The White House has been the residence of the President since 1800. It is the oldest public building in Washington and one of the most beautiful. It is located at 1600 Pennsylvania Avenue in Washington, DC.

The American Bald Eagle is the national symbol of the country. It symbolizes each individual’s independence and strength. It was officially adopted in June 20, 1782.

THE NATIONAL SYMBOLS OF RUSSIA

Red Square is the heart of Moscow. It is the most beloved and most visited place of the city. On its four sides stand the Kremlin, GUM- Department Store, State Historical Museum and St. Basil’s Cathedral - the centres of government, commerce, history and religion. The square is also home to Lenin’s tomb, a granite mausoleum to the founder of Socialism –Vladimir Ilyich Lenin.

The Kremlin is a historic fortified complex at the heart of Moscow. It overlooks the Moskva River to the south, Saint Basil’s Cathedral and Red Square to the east and the Alexander Gardens to the west. Its red brick walls and 20 towers were built at the end of the 15th century.

The Kremlin includes four palaces, four cathedrals and the Kremlin Wall with towers. The most famous is the Spasskaya Tower. It is also the symbol of Russia and Moscow. It has a famous clock; one can hear the clock on the radio. The Kremlin is the official residence of the President of Russia.

The Cathedral of the Protection of Most Holy Theotokos on the Moat ( Собор Покрова Пресвятой Богородицы, что на Рву) is popularly known as Saint Basil's Cathedral (Собор Василия Блаженного). It is a Russian church erected on Red Square in Moscow in 1555–61. It was built on the order of Ivan the Terrible (Иван Грозный) to commemorate the capture of Kazan.

In front of the Cathedral there is Monument to Minin and Pozharsky (Па́мятник Ми́нину и Пожа́рскому). It is a bronze statue commemorating two Russian national heroes.

Another symbol of Russia which all Russian people know and love is the birch tree. You can find these trees everywhere. People sing beautiful songs with poetic words about birch trees.

What national symbols of the USA can you name? How did the Statue of Liberty appear in New York? Where is the Capitol? How long has the White House been the residence of the President? Which bird symbolizes freedom and independence in the USA?

NATIONAL FLAGS of Russia, Great Britain and the USA. THE BRITISH FLAG. It is called Union Jack and it symbolises the union of England. The flag is ...

At what age do children start school in the United Kingdom? The school age in England and Wales is from 5 years to 16 years. English children enter ...

The population of the UK of Great Britain and Northern Ireland is over 57 million people. Over 46 million people live in England, over 3 million in ...

TALKING ABOUT THE FAMOUS. ARTIST POET WRITER MUSICIAN POLITICIAN SINGER SCIENTIST OCCUPATION OF THE FAMOUS. . «The Beatles» is the most 1)…...group ...