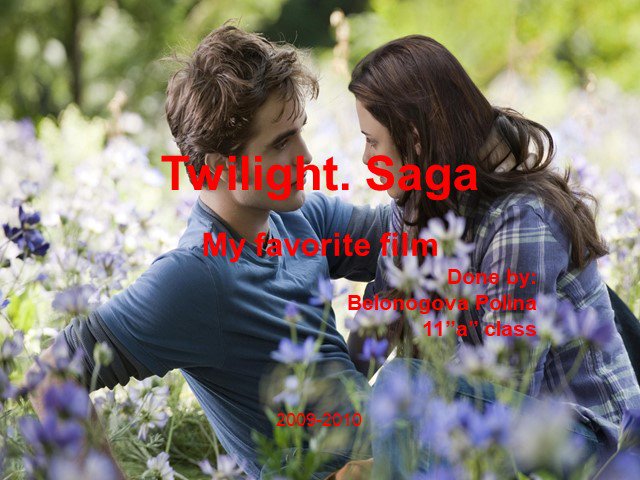 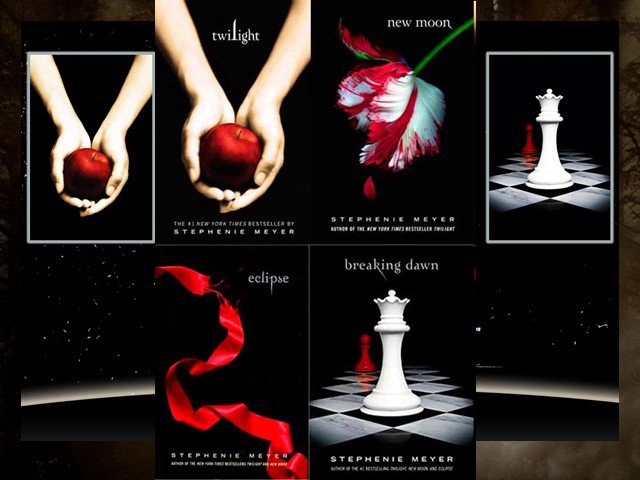 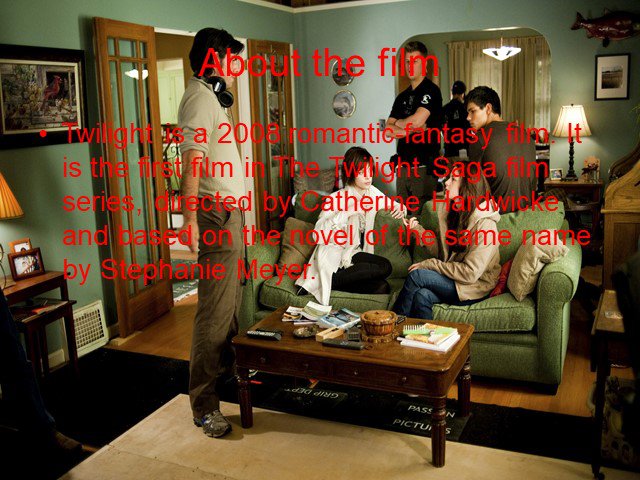 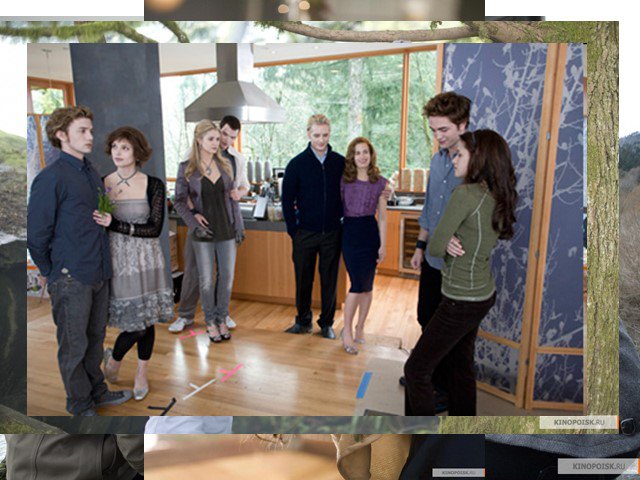 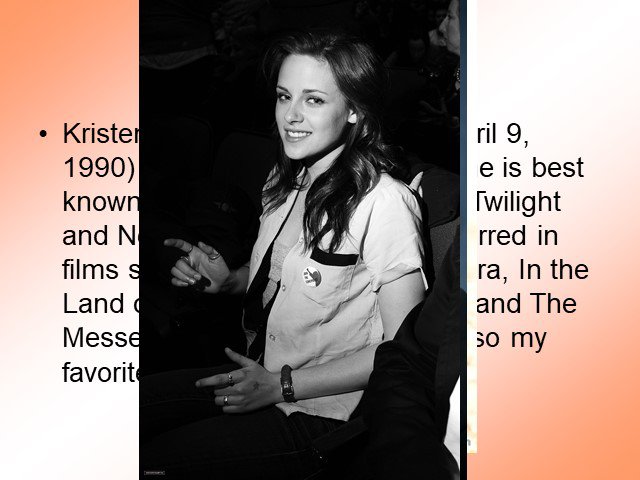 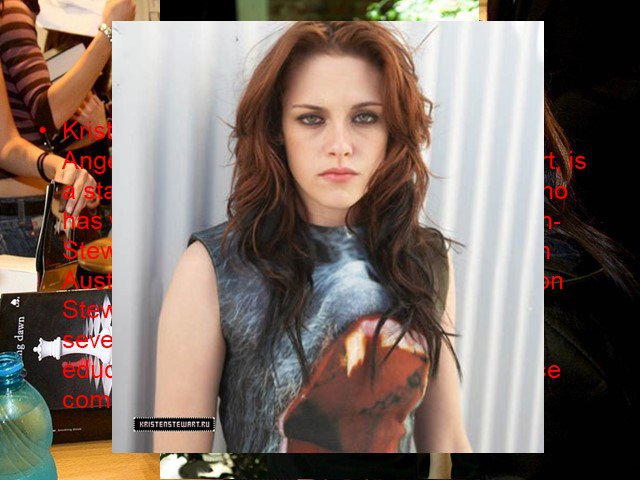 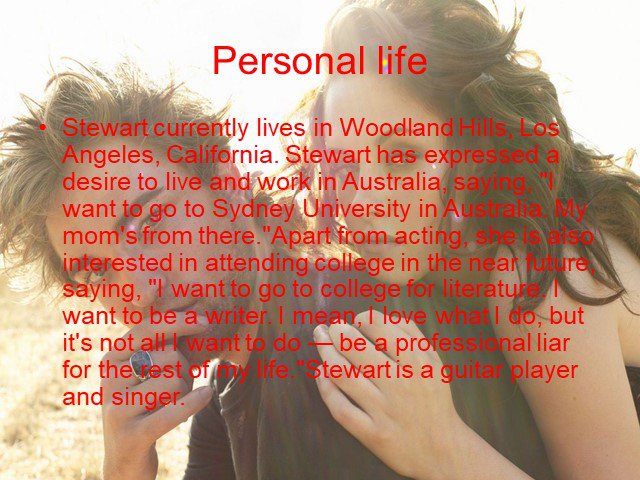 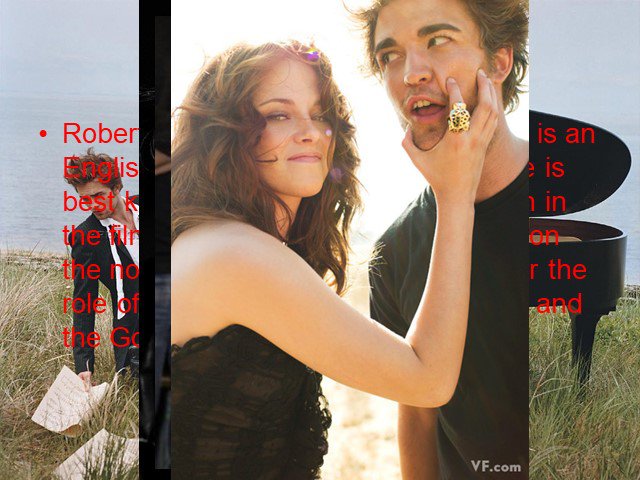 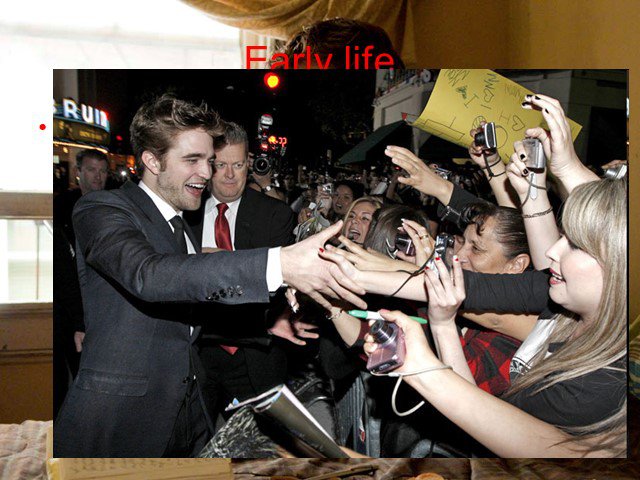 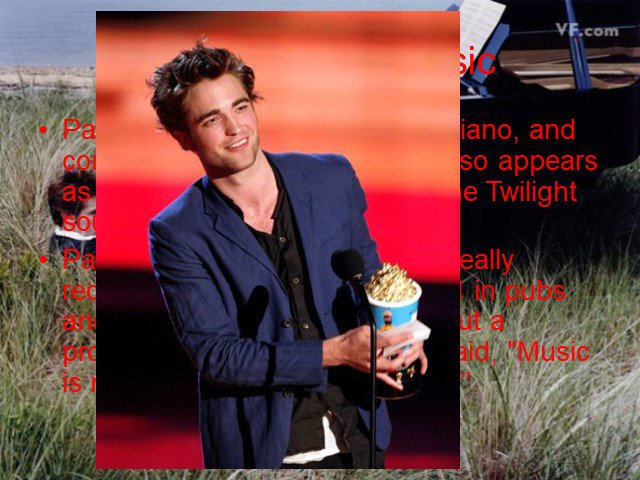 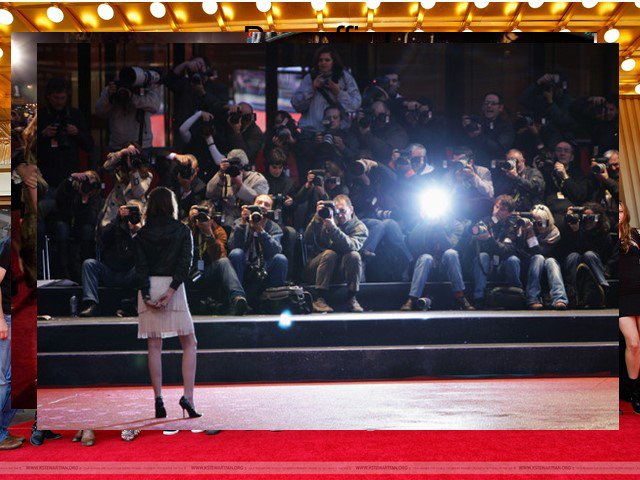 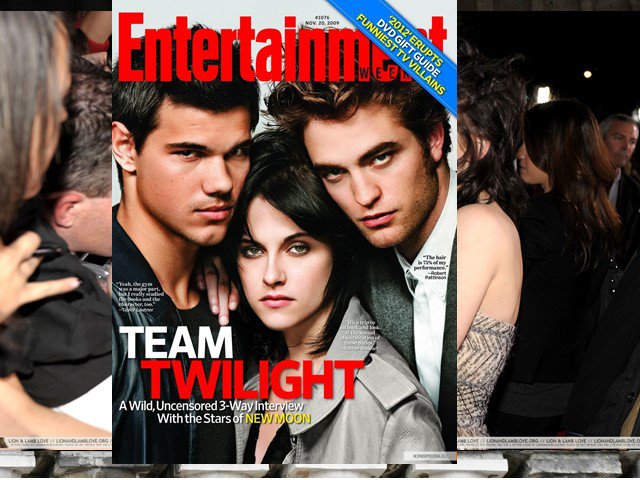 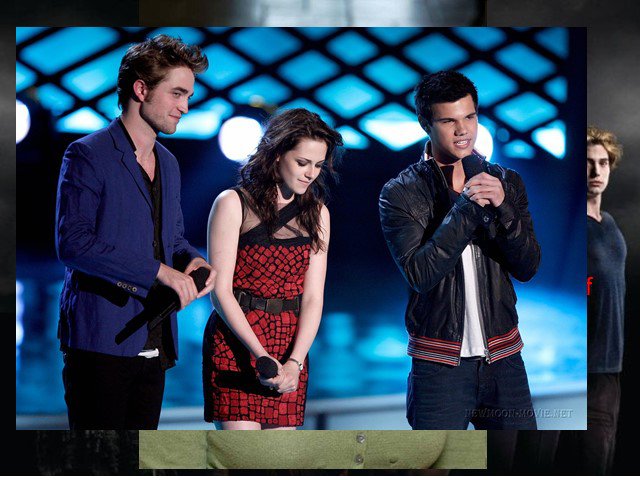 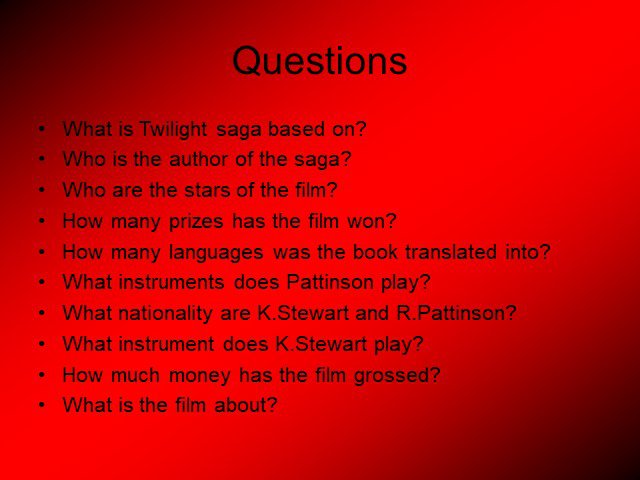 Twilight is a 2008 romantic-fantasy film. It is the first film in The Twilight Saga film series, directed by Catherine Hardwicke and based on the novel of the same name by Stephanie Meyer.

The film is about the development of a personal relationship between human teenager Bella Swan (Kristen Stewart) and vampire Edward Cullen (Robert Pattinson), and the subsequent efforts of Cullen and his family to keep Bella safe from a separate group of vampires.

Kristen Jaymes Stewart (born April 9, 1990) is an American actress. She is best known for playing Bella Swan in Twilight and New Moon. She has also starred in films such as Panic Room, Zathura, In the Land of Women, Adventureland, and The Messengers. Adventureland is also my favorite film.

Kristen Stewart was born and raised in Los Angeles, California. Her father, John Stewart, is a stage manager and television producer who has worked for Fox. Her mother, Jules Mann-Stewart, is a script supervisor originally from Australia. She has an older brother, Cameron Stewart. Stewart attended school until the seventh grade, and then continued her education by correspondence. She has since completed high school.

Stewart currently lives in Woodland Hills, Los Angeles, California. Stewart has expressed a desire to live and work in Australia, saying, "I want to go to Sydney University in Australia. My mom's from there."Apart from acting, she is also interested in attending college in the near future, saying, "I want to go to college for literature. I want to be a writer. I mean, I love what I do, but it's not all I want to do — be a professional liar for the rest of my life."Stewart is a guitar player and singer.

Robert Pattinson (born 13 May 1986) is an English actor, model and musician.He is best known for playing Edward Cullen in the film adaptation of Twilight, based on the novel by Stephenie Meyer, and for the role of Cedric Diggory in Harry Potter and the Goblet of Fire

Pattinson was born in London. His mother, Clare, worked for a modeling agency, and his father, Richard, imported cars from the U.S.Pattinson attended Tower House School and Harrodian School.He became involved in amateur theatre. After some backstage experience there, he took on acting roles. He caught the attention of an acting agent in a production of Tess of the D'Urbervilles and began looking for professional roles. Pattinson has two elder sisters, one of whom is singer Lizzy Pattinson.

Pattinson plays the guitar and piano, and composes his own music. He also appears as the singer of two songs on the Twilight soundtrack: "Never Think’’. Pattinson has said, "I've never really recorded anything - I just played in pubs and stuff", and when asked about a professional music career, he said, "Music is my back-up plan if acting fails’’.

The film has awarded 21 prizes in different nominations and is beloved all over the world not only by young girls, but also by elder generation. Kristen Stewart has become the favorite actress for a lot of girls like me. As for me I adore her. I'm kind of obsessed)). Robert Pattinson gained girls’ love all over the world. Millions of girls are his huge fans. There are a lot of “Twilight” fansites in the Internet.

The Twilight novels have gained worldwide recognition, won multiple literary awards and sold over 85 million copies worldwide, with translations into 37 different languages. Meyer was named USA "Author of the Year" in 2008. She was also the biggest selling author of the year, having sold over 29 million books in 2008 alone, with Twilight being the best-selling book of the year.

The universe is boundless There are countless: Planets, Stars, Galaxies. Movie Awards: Oscar. For best visual effects:. The British Academy. For best ...

What do you usually do and what are you doing now