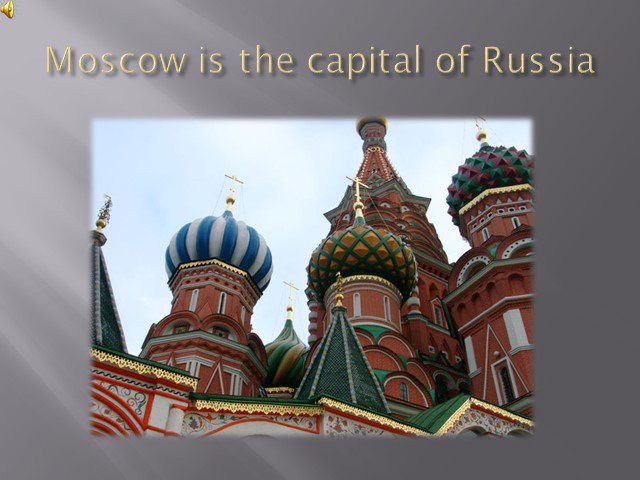 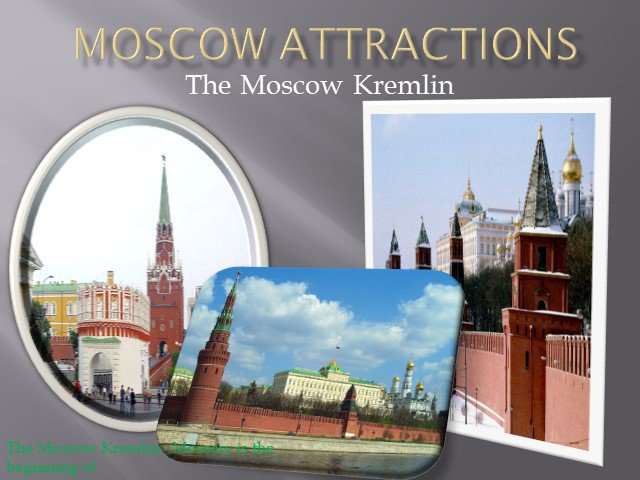 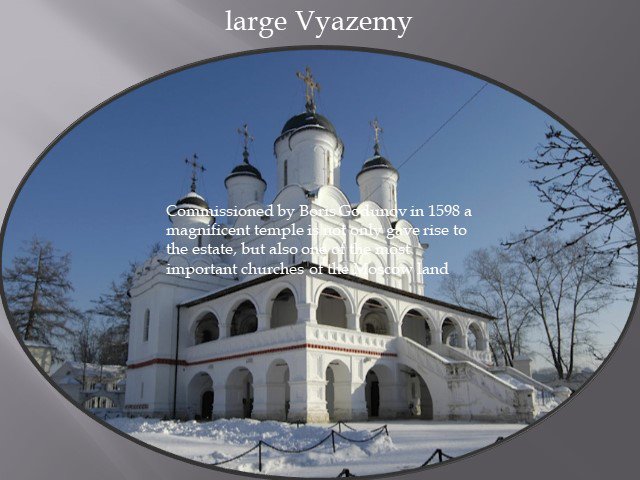 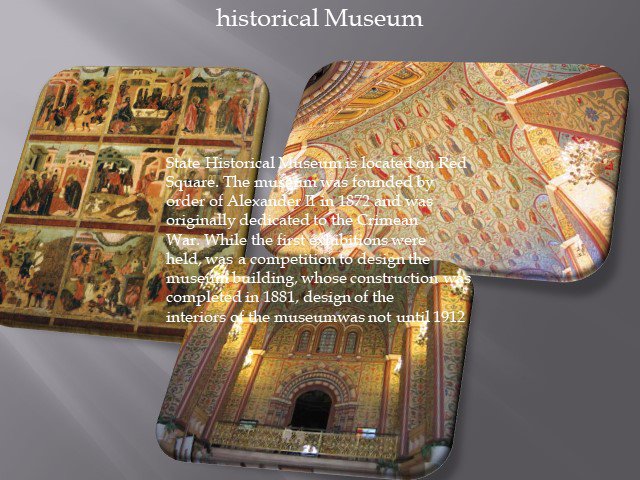 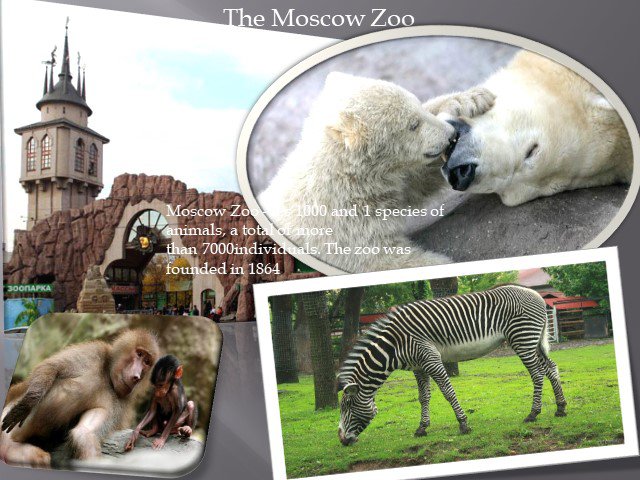 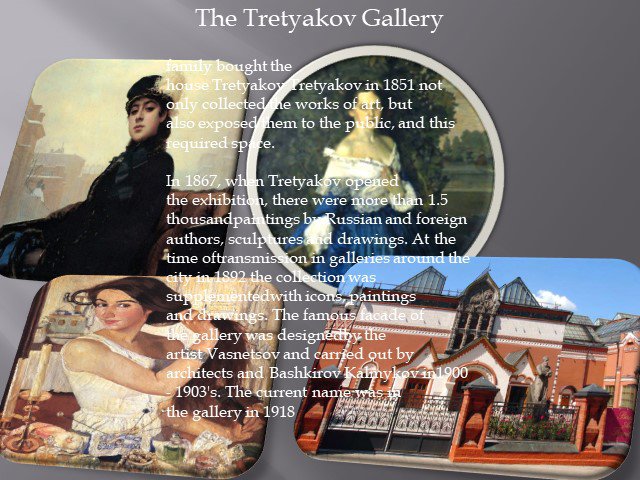 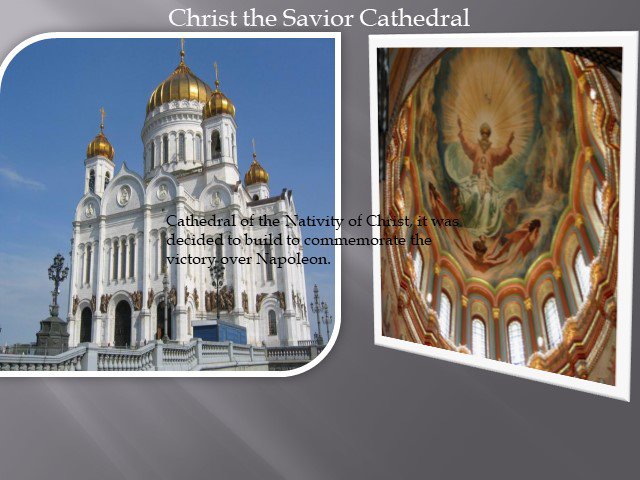 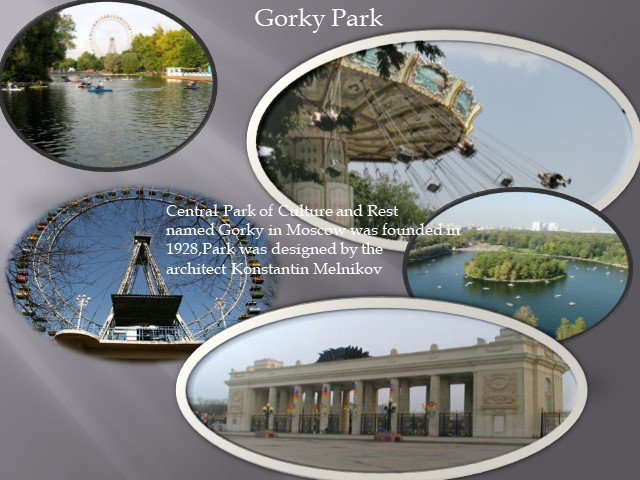 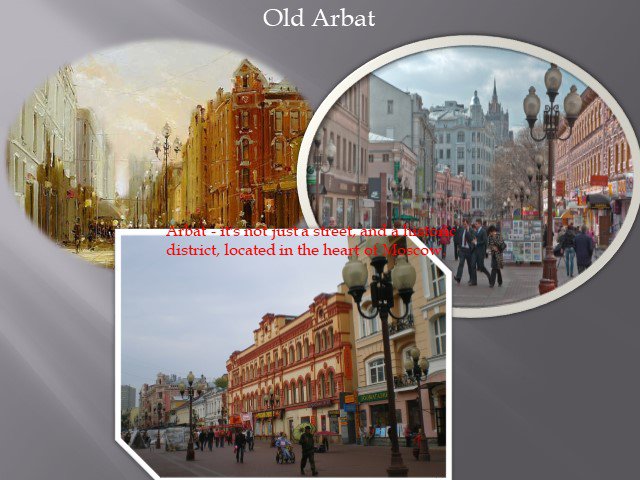 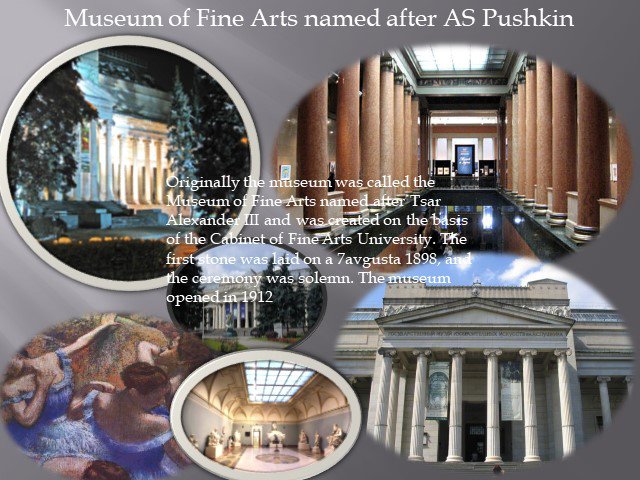 Moscow is the capital of Russia

The Moscow Kremlin - Moscow is the beginning of

Commissioned by Boris Godunov in 1598 a magnificent temple is not only gave rise to the estate, but also one of the most important churches of the Moscow land

State Historical Museum is located on Red Square. The museum was founded by order of Alexander II in 1872 and was originally dedicated to the Crimean War. While the first exhibitions were held, was a competition to design the museum building, whose construction was completed in 1881, design of the interiors of the museumwas not until 1912

family bought the house Tretyakov Tretyakov in 1851 not only collected the works of art, but also exposed them to the public, and this required space. In 1867, when Tretyakov opened the exhibition, there were more than 1.5 thousandpaintings by Russian and foreign authors, sculptures and drawings. At the time oftransmission in galleries around the city in 1892 the collection was supplementedwith icons, paintings and drawings. The famous facade of the gallery was designedby the artist Vasnetsov and carried out by architects and Bashkirov Kalmykov in1900 - 1903's. The current name was in the gallery in 1918

Cathedral of the Nativity of Christ, it was decided to build to commemorate the victory over Napoleon.

Central Park of Culture and Rest named Gorky in Moscow was founded in 1928,Park was designed by the architect Konstantin Melnikov

Arbat - it's not just a street, and a historic district, located in the heart of Moscow.

Museum of Fine Arts named after AS Pushkin

Originally the museum was called the Museum of Fine Arts named after Tsar Alexander III and was created on the basis of the Cabinet of Fine Arts University. The first stone was laid on a 7avgusta 1898, and the ceremony was solemn. The museum opened in 1912

Answer the questions:. What is Moscow famous for? On what river does Moscow stand on? Why is Moscow the seat of the Russian government? What other ...

Moscow is the largest city in Russia. A population of 10 million inhabitants. Moscow's area – 890 square kilometers. To cross the capital from North ...

Moscow is the capital of our country

Music in the modern world