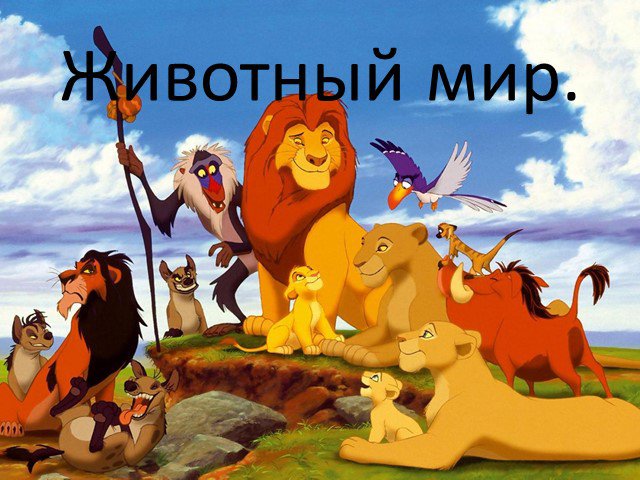 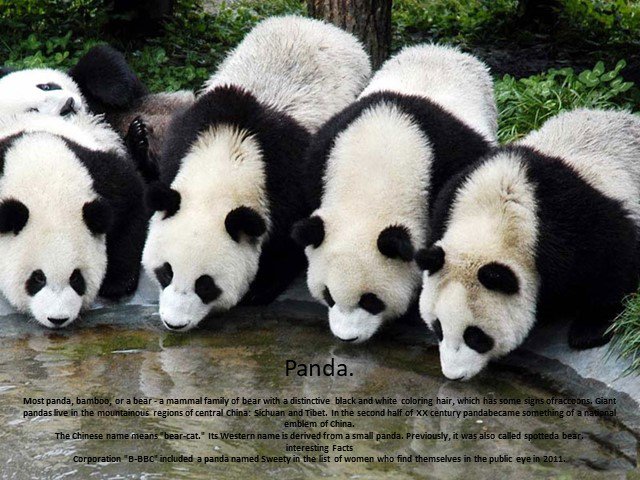 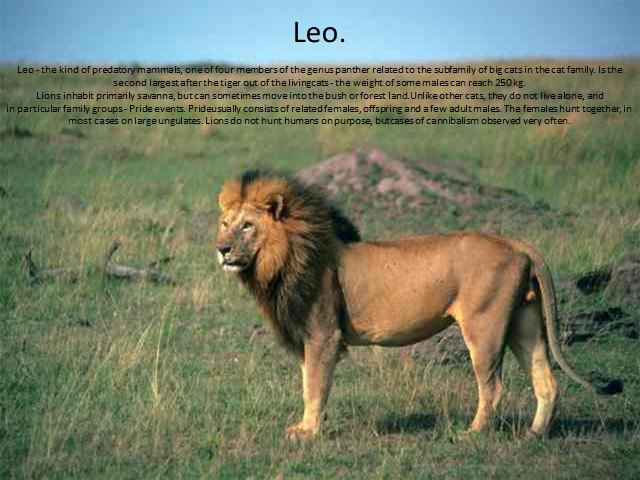 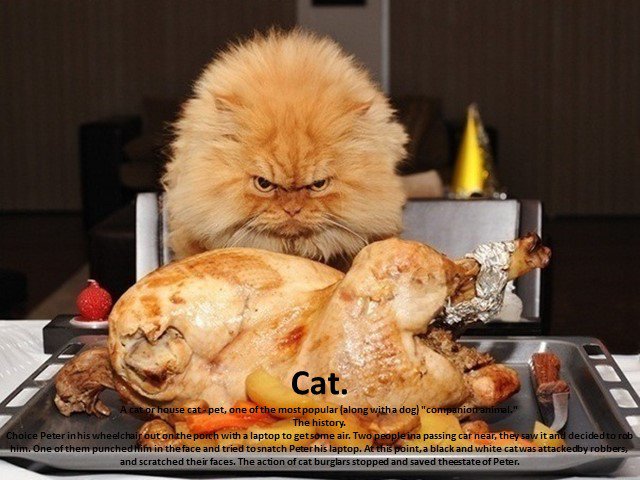 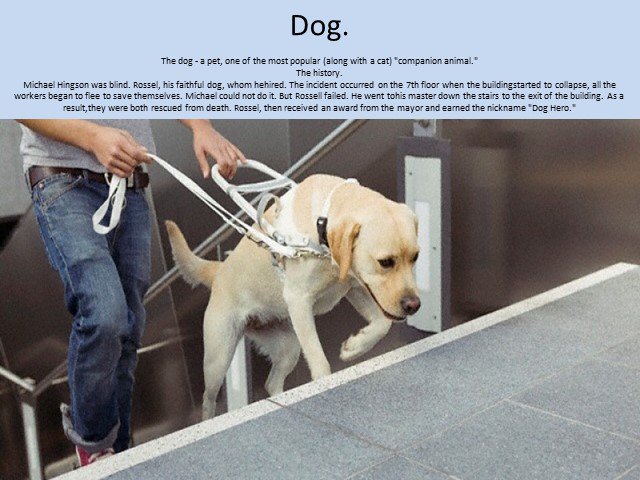 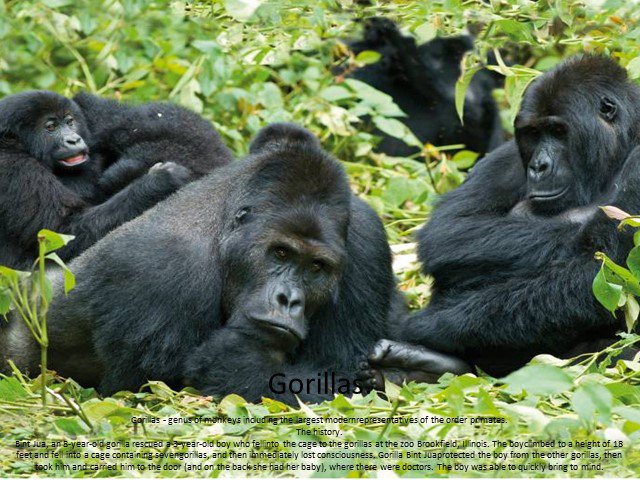 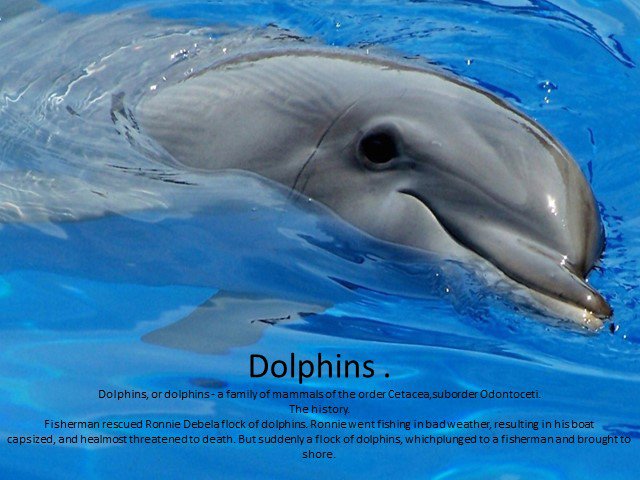 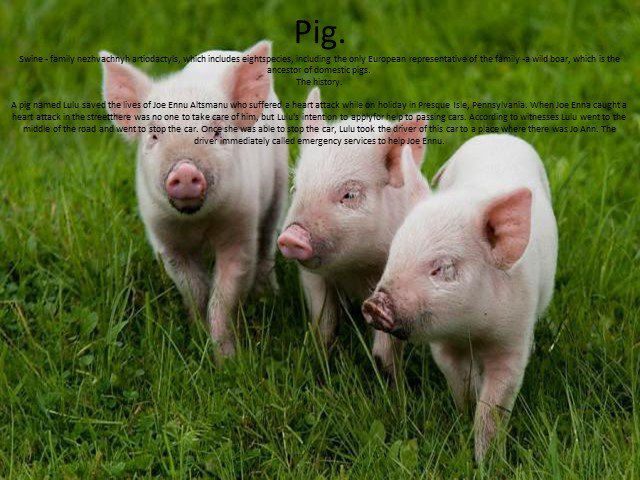 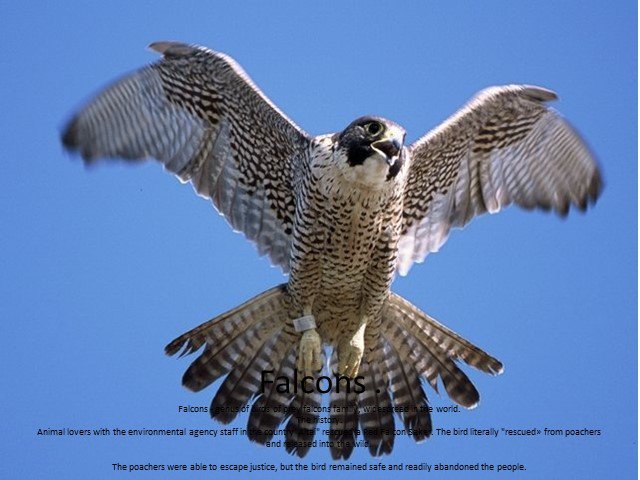 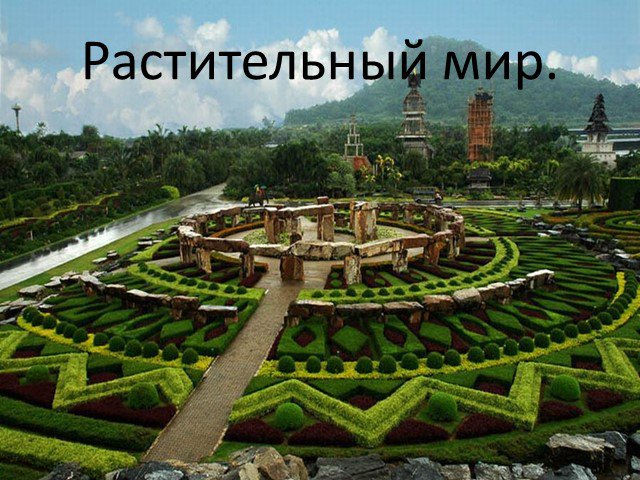 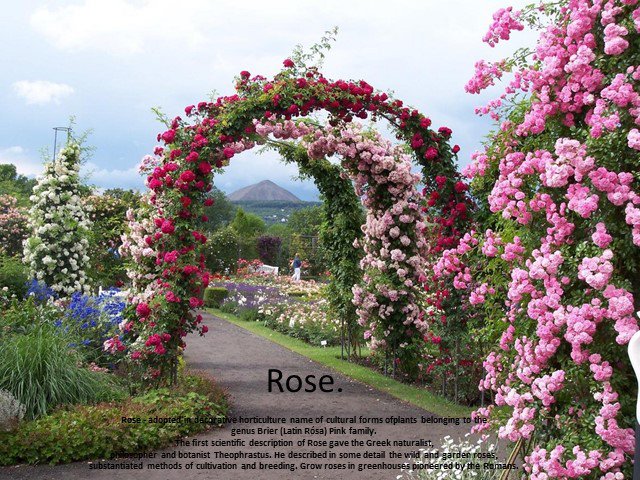 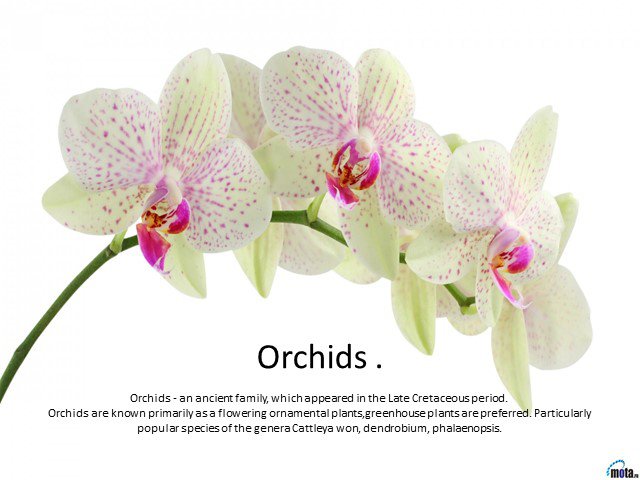 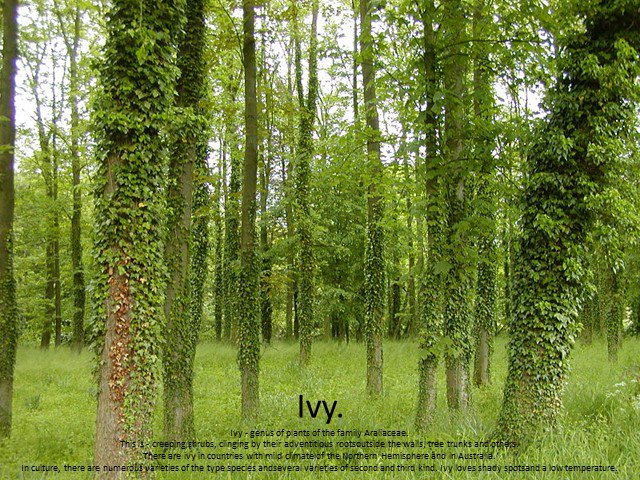 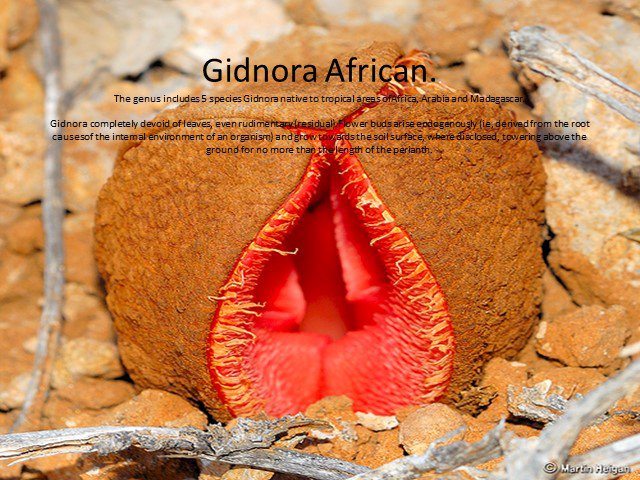 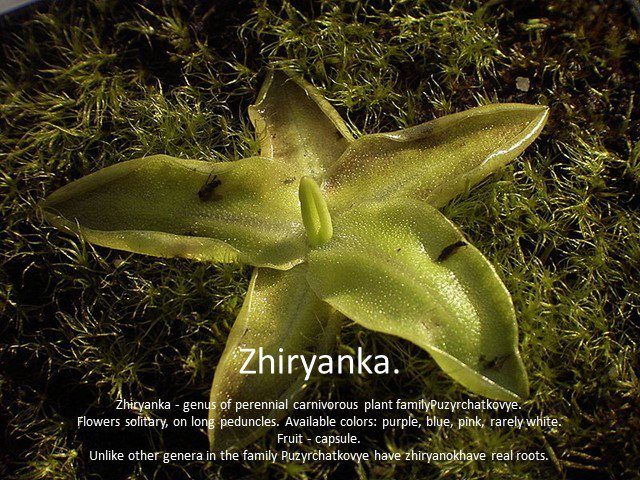 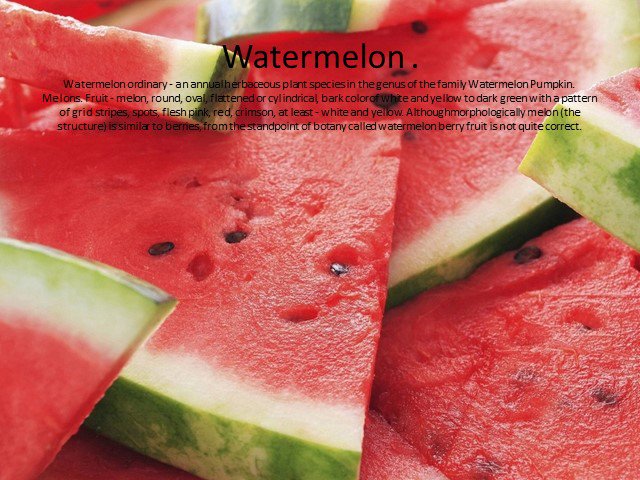 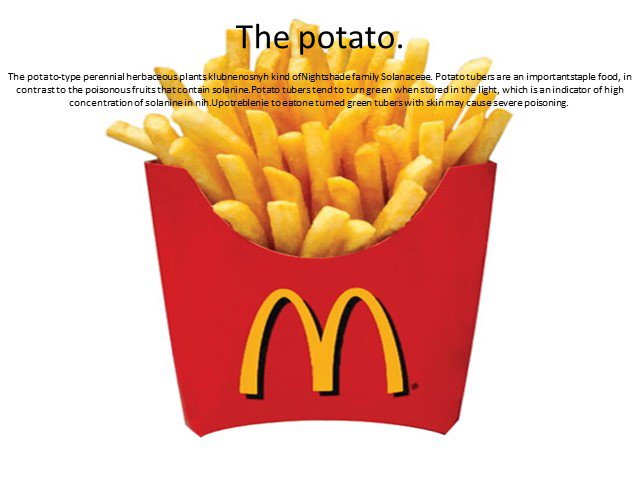 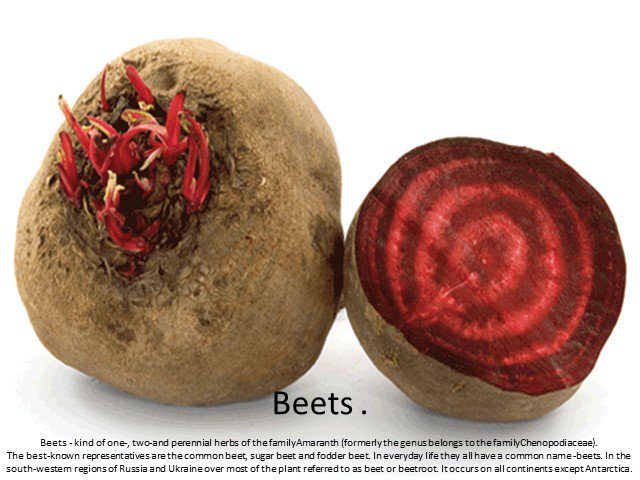 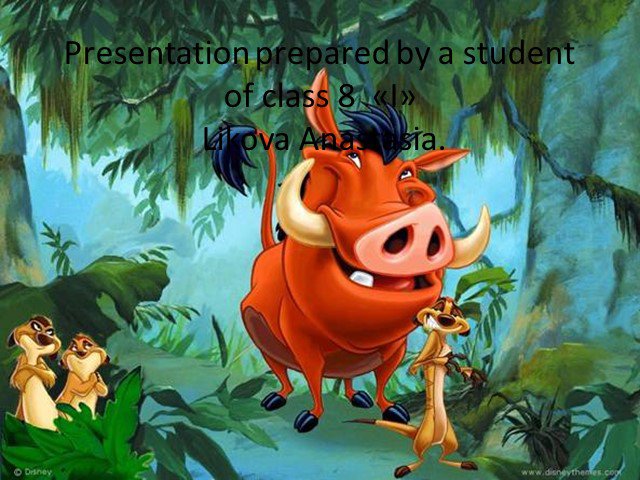 Panda. Most panda, bamboo, or a bear - a mammal family of bear with a distinctive black and white coloring hair, which has some signs ofraccoons. Giant pandas live in the mountainous regions of central China: Sichuan and Tibet. In the second half of XX century pandabecame something of a national emblem of China. The Chinese name means "bear-cat." Its Western name is derived from a small panda. Previously, it was also called spotteda bear. interesting Facts Corporation "B-BBC" included a panda named Sweety in the list of women who find themselves in the public eye in 2011.

Leo. Leo - the kind of predatory mammals, one of four members of the genus panther related to the subfamily of big cats in the cat family. Is the second largest after the tiger out of the livingcats - the weight of some males can reach 250 kg. Lions inhabit primarily savanna, but can sometimes move into the bush or forest land.Unlike other cats, they do not live alone, and in particular family groups - Pride events. Prideusually consists of related females, offspring and a few adult males. The females hunt together, in most cases on large ungulates. Lions do not hunt humans on purpose, butcases of cannibalism observed very often.

Cat. A cat or house cat - pet, one of the most popular (along with a dog) "companion animal." The history. Choice Peter in his wheelchair out on the porch with a laptop to get some air. Two people ina passing car near, they saw it and decided to rob him. One of them punched him in the face and tried to snatch Peter his laptop. At this point, a black and white cat was attackedby robbers, and scratched their faces. The action of cat burglars stopped and saved theestate of Peter.

Dog. The dog - a pet, one of the most popular (along with a cat) "companion animal." The history. Michael Hingson was blind. Rossel, his faithful dog, whom hehired. The incident occurred on the 7th floor when the buildingstarted to collapse, all the workers began to flee to save themselves. Michael could not do it. But Rossell failed. He went tohis master down the stairs to the exit of the building. As a result,they were both rescued from death. Rossel, then received an award from the mayor and earned the nickname "Dog Hero."

Gorillas. Gorillas - genus of monkeys including the largest modernrepresentatives of the order primates. The history. Bint Jua, an 8-year-old gorilla rescued a 3-year-old boy who fellinto the cage to the gorillas at the zoo Brookfield, Illinois. The boyclimbed to a height of 18 feet and fell into a cage containing sevengorillas, and then immediately lost consciousness. Gorilla Bint Juaprotected the boy from the other gorillas, then took him and carried him to the door (and on the back she had her baby), where there were doctors. The boy was able to quickly bring to mind.

Dolphins . Dolphins, or dolphins - a family of mammals of the order Cetacea,suborder Odontoceti. The history. Fisherman rescued Ronnie Debela flock of dolphins. Ronnie went fishing in bad weather, resulting in his boat capsized, and healmost threatened to death. But suddenly a flock of dolphins, whichplunged to a fisherman and brought to shore.

Pig. Swine - family nezhvachnyh artiodactyls, which includes eightspecies, including the only European representative of the family -a wild boar, which is the ancestor of domestic pigs. The history. A pig named Lulu saved the lives of Joe Ennu Altsmanu who suffered a heart attack while on holiday in Presque Isle, Pennsylvania. When Joe Enna caught a heart attack in the streetthere was no one to take care of him, but Lulu's intention to applyfor help to passing cars. According to witnesses Lulu went to the middle of the road and went to stop the car. Once she was able to stop the car, Lulu took the driver of this car to a place where there was Jo Ann. The driver immediately called emergency services to help Joe Ennu.

Cow. Cow - female of domestic ox, domesticated subspecies of the wild bull, a cloven-hoofed ruminant bovids family. Bred for meat,milk and hides. The history. Janice Wolf has worked in the pasture, when her 11-month-oldcalf Vatusi suddenly turned and blocked her path. At first shecould not understand why he does it, so she took the horns and tried to push him, but he pushed and knocked her off balance.Beside him on the ground she saw a snake that could be right next to her feet and bite her if Vatusi not intervened. Janice said that the venom of this snake is not deadly to adults, but it could well be fatal for her, because she was very sensitive to insect bites in the past.

Falcons . Falcons - genus of birds of prey falcons family, widespread in the world. The history. Animal lovers with the environmental agency staff in the country"Altai" rescued a Red Falcon Saker. The bird literally "rescued» from poachers and released into the wild. The poachers were able to escape justice, but the bird remained safe and readily abandoned the people.

Rose. Rose - adopted in decorative horticulture name of cultural forms ofplants belonging to the genus Brier (Latin Rósa) Pink family. The first scientific description of Rose gave the Greek naturalist, philosopher and botanist Theophrastus. He described in some detail the wild and garden roses, substantiated methods of cultivation and breeding. Grow roses in greenhouses pioneered by the Romans.

Ivy. Ivy - genus of plants of the family Araliaceae. This is - creeping shrubs, clinging by their adventitious rootsoutside the walls, tree trunks and others. There are ivy in countries with mild climate of the Northern Hemisphere and in Australia. In culture, there are numerous varieties of the type species andseveral varieties of second and third kind. Ivy loves shady spotsand a low temperature.

Gidnora African. The genus includes 5 species Gidnora native to tropical areas ofAfrica, Arabia and Madagascar. Gidnora completely devoid of leaves, even rudimentary (residual).Flower buds arise endogenously (ie, derived from the root causesof the internal environment of an organism) and grow towards the soil surface, where disclosed, towering above the ground for no more than the length of the perianth.

Watermelon . Watermelon ordinary - an annual herbaceous plant species in the genus of the family Watermelon Pumpkin. Melons. Fruit - melon, round, oval, flattened or cylindrical, bark colorof white and yellow to dark green with a pattern of grid stripes, spots, flesh pink, red, crimson, at least - white and yellow. Althoughmorphologically melon (the structure) is similar to berries, from the standpoint of botany called watermelon berry fruit is not quite correct.

The potato. The potato-type perennial herbaceous plants klubnenosnyh kind ofNightshade family Solanaceae. Potato tubers are an importantstaple food, in contrast to the poisonous fruits that contain solanine.Potato tubers tend to turn green when stored in the light, which is an indicator of high concentration of solanine in nih.Upotreblenie to eatone turned green tubers with skin may cause severe poisoning.

Beets . Beets - kind of one-, two-and perennial herbs of the familyAmaranth (formerly the genus belongs to the familyChenopodiaceae). The best-known representatives are the common beet, sugar beet and fodder beet. In everyday life they all have a common name -beets. In the south-western regions of Russia and Ukraine over most of the plant referred to as beet or beetroot. It occurs on all continents except Antarctica.

Presentation prepared by a student of class 8  «I»  Likova Anastasia.