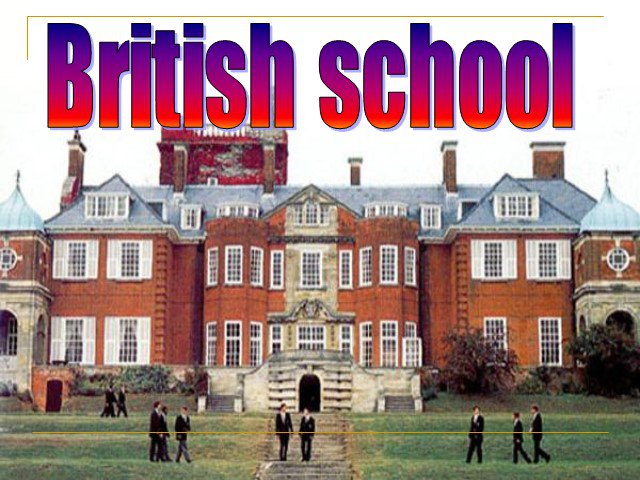 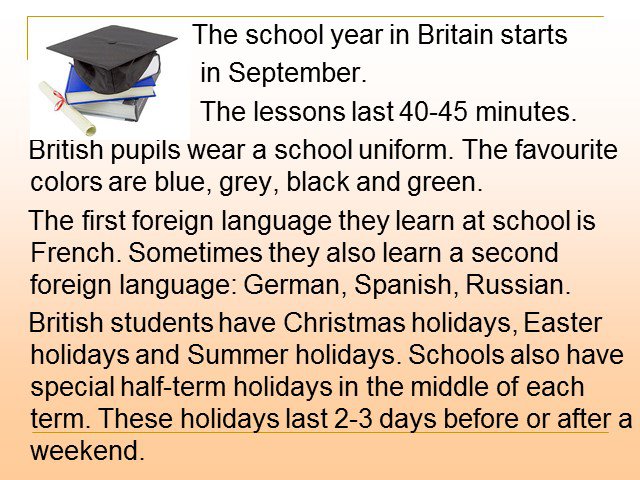 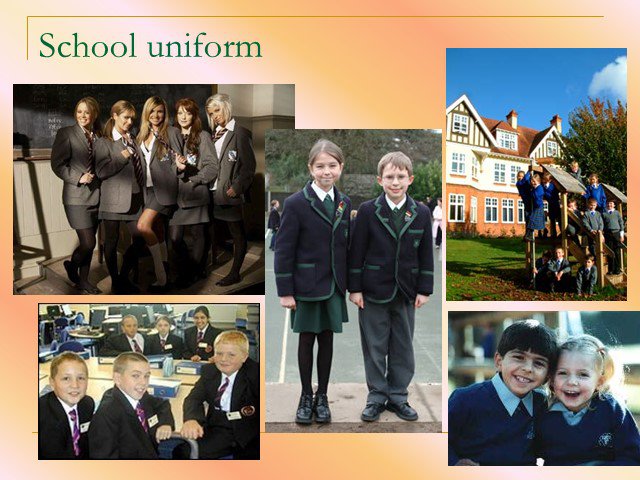 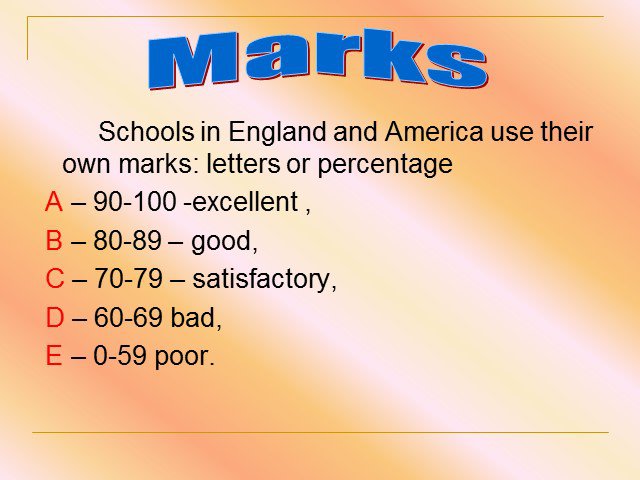 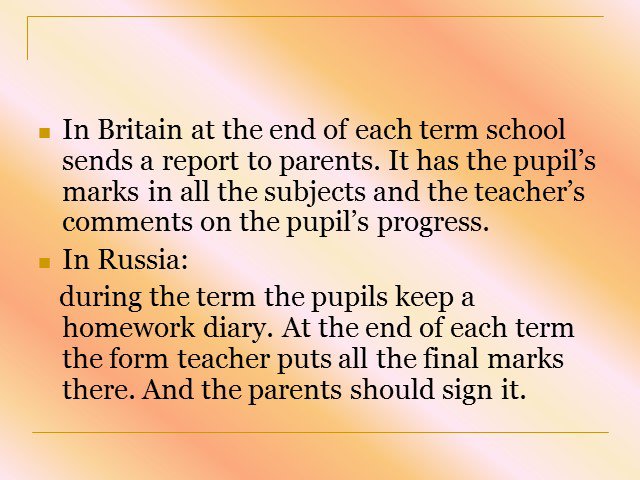 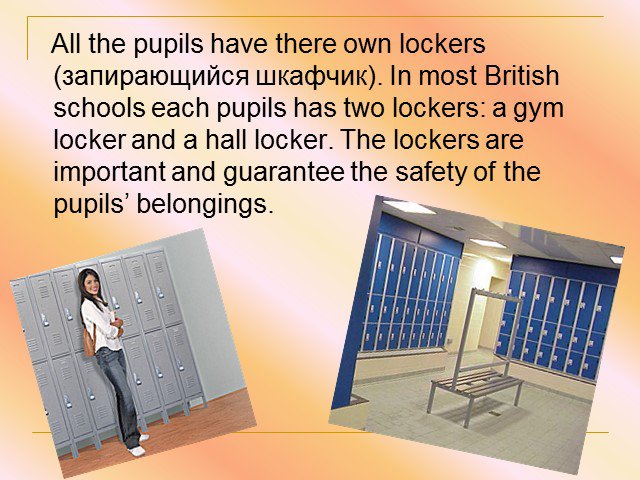 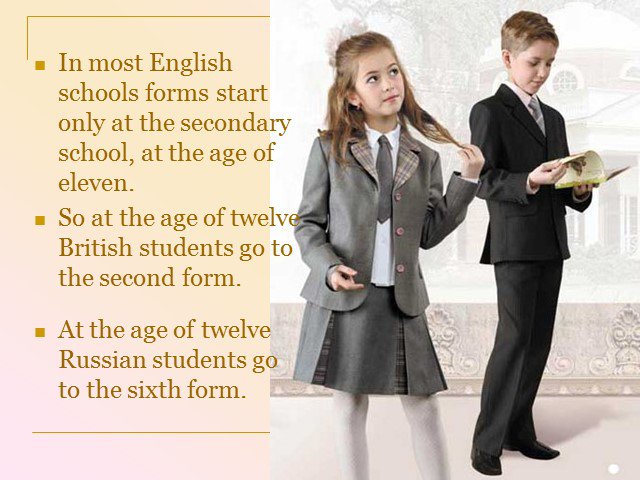 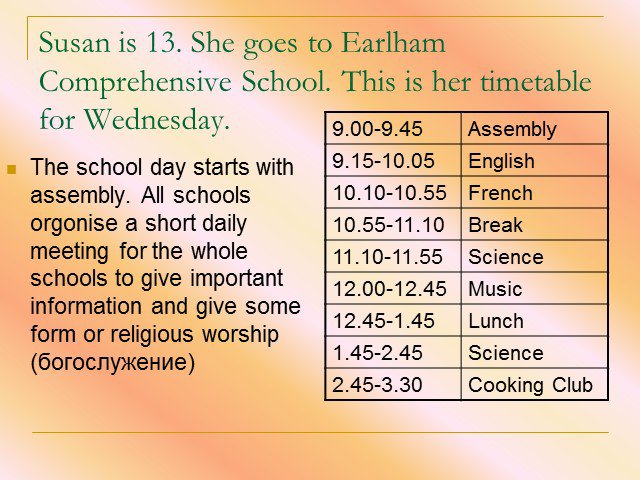 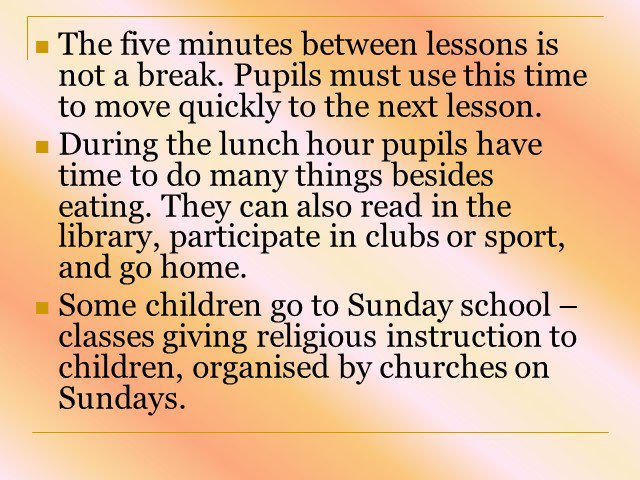 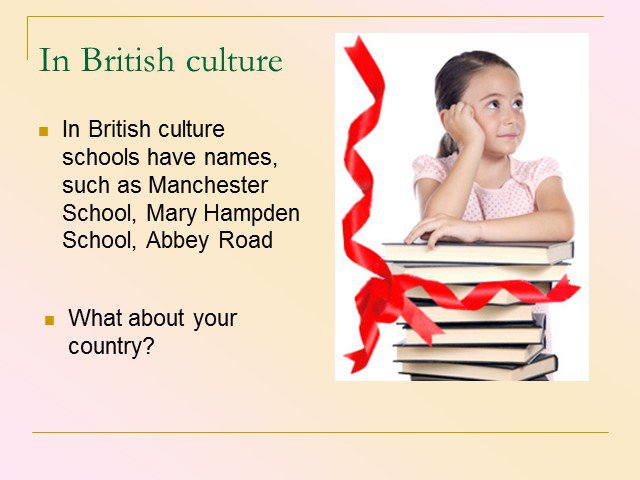 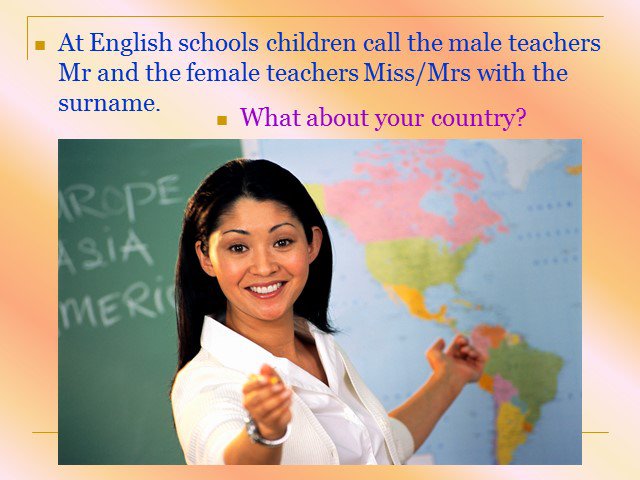 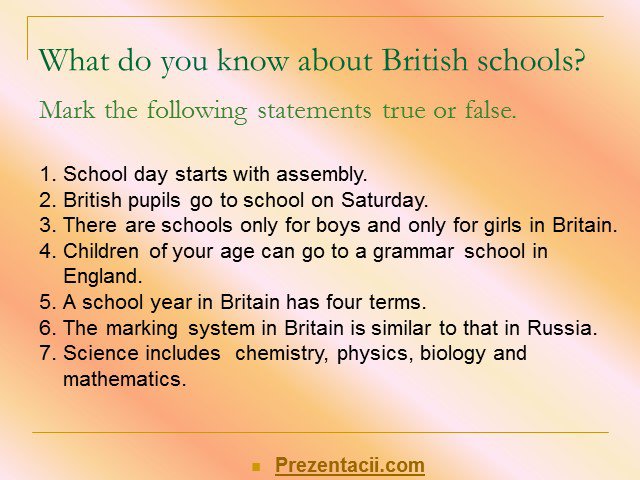 The school year in Britain starts in September. The lessons last 40-45 minutes. British pupils wear a school uniform. The favourite colors are blue, grey, black and green. The first foreign language they learn at school is French. Sometimes they also learn a second foreign language: German, Spanish, Russian. British students have Christmas holidays, Easter holidays and Summer holidays. Schools also have special half-term holidays in the middle of each term. These holidays last 2-3 days before or after a weekend.

All the pupils have there own lockers (запирающийся шкафчик). In most British schools each pupils has two lockers: a gym locker and a hall locker. The lockers are important and guarantee the safety of the pupils’ belongings.

At the age of twelve Russian students go to the sixth form.

Susan is 13. She goes to Earlham Comprehensive School. This is her timetable for Wednesday.

The school day starts with assembly. All schools orgonise a short daily meeting for the whole schools to give important information and give some form or religious worship (богослужение)

The five minutes between lessons is not a break. Pupils must use this time to move quickly to the next lesson. During the lunch hour pupils have time to do many things besides eating. They can also read in the library, participate in clubs or sport, and go home. Some children go to Sunday school – classes giving religious instruction to children, organised by churches on Sundays. ed by churches on Sundays.

What about your country?

What do you know about British schools?

Mark the following statements true or false. School day starts with assembly. British pupils go to school on Saturday. There are schools only for boys and only for girls in Britain. Children of your age can go to a grammar school in England. A school year in Britain has four terms. The marking system in Britain is similar to that in Russia. Science includes chemistry, physics, biology and mathematics.

The school year in Britain starts in September. The lessons last 40-45 minutes. British pupils wear a school uniform. The favourite colors are blue, ...