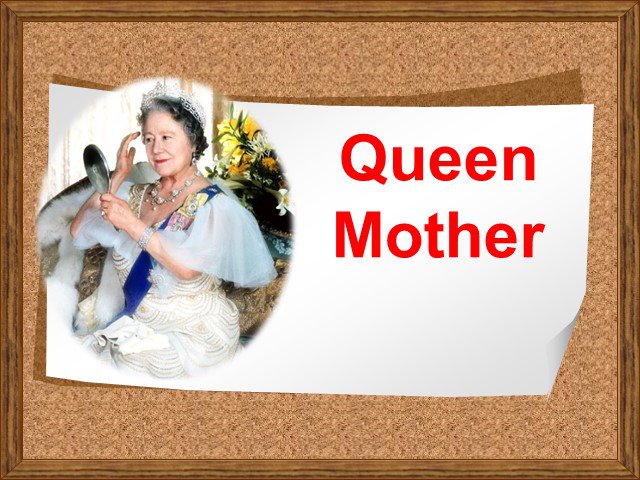 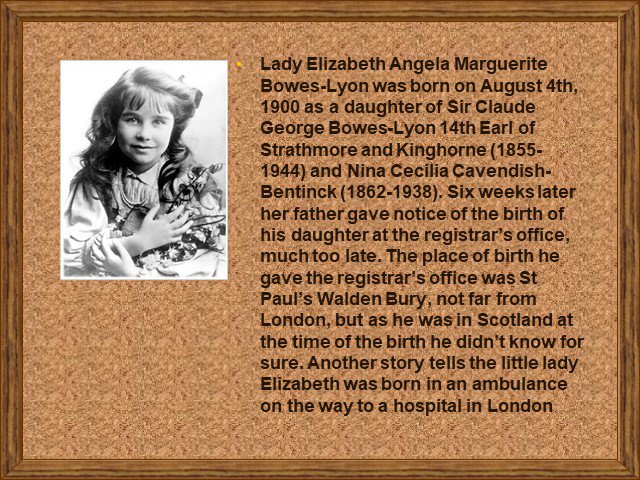 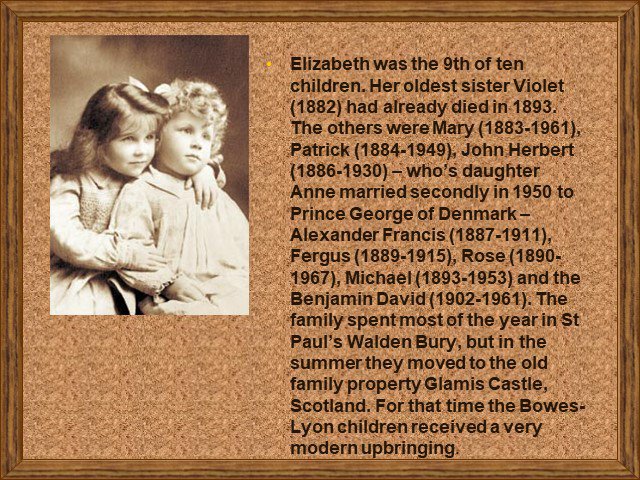 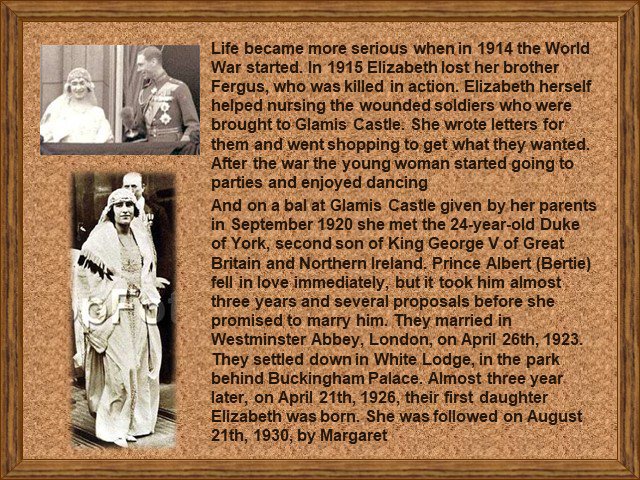 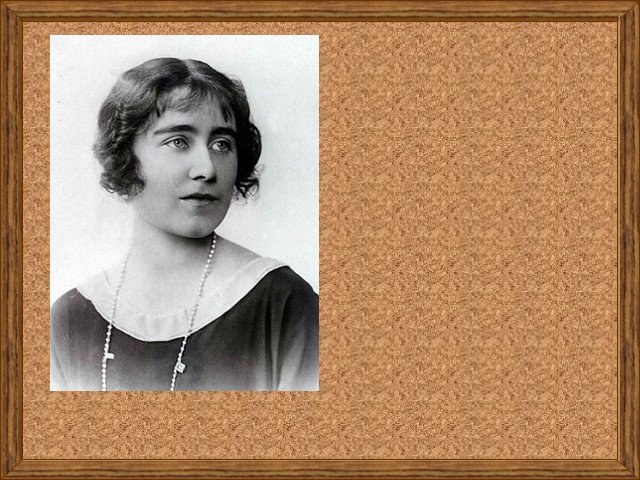 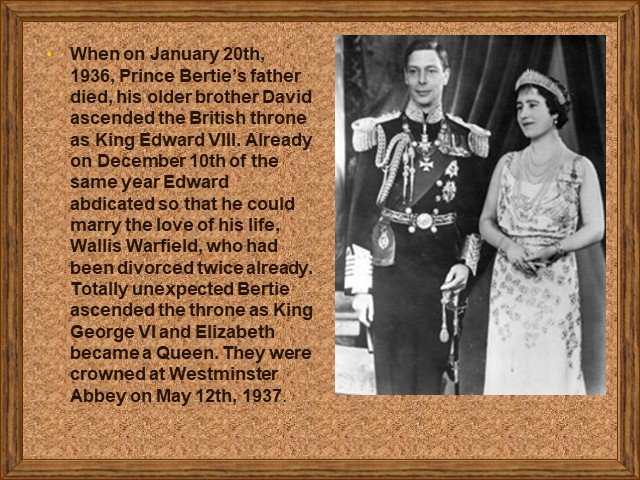 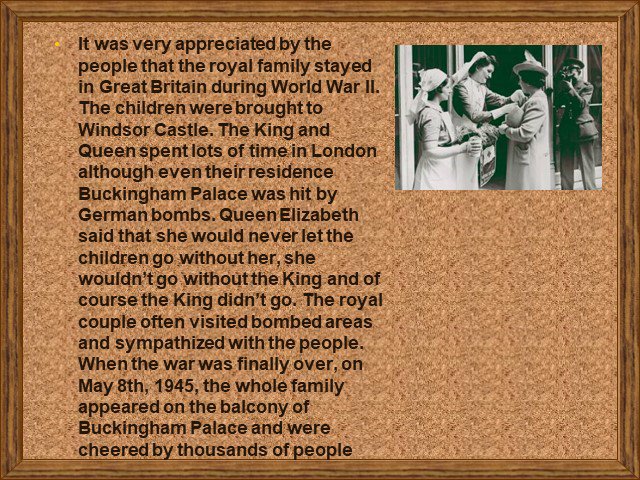 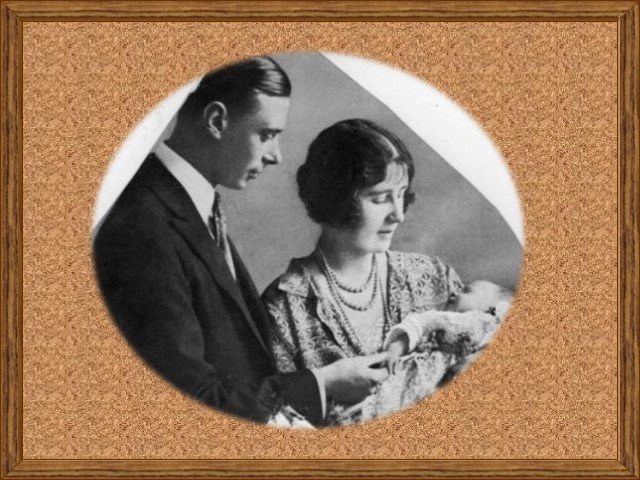 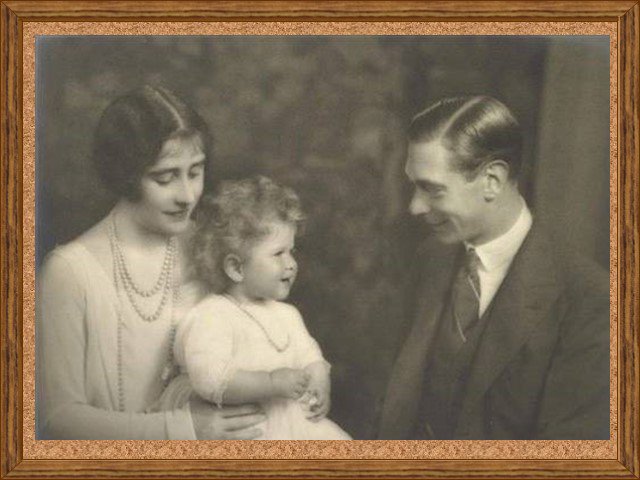 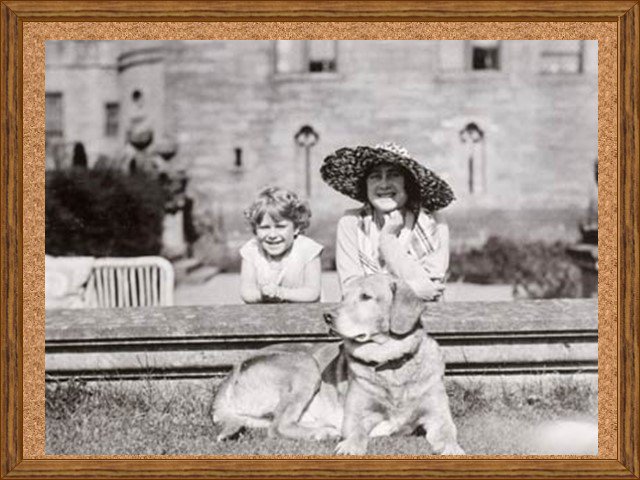 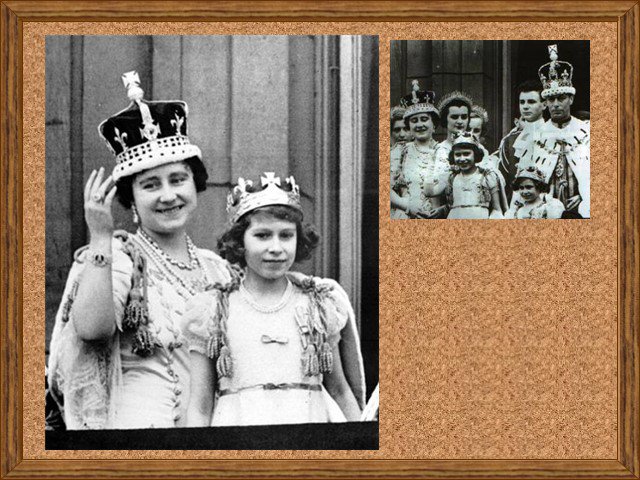 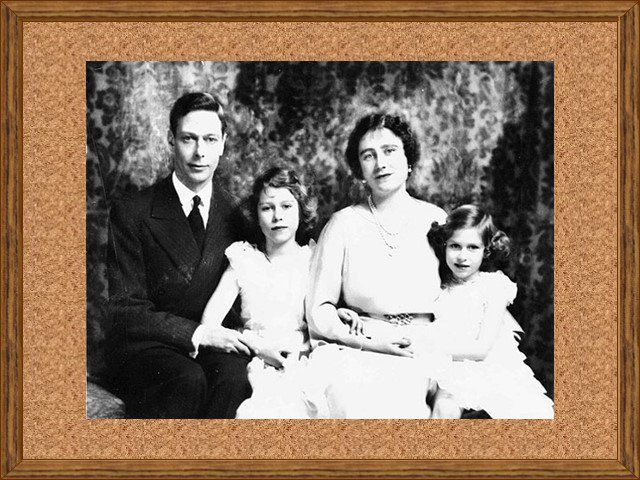 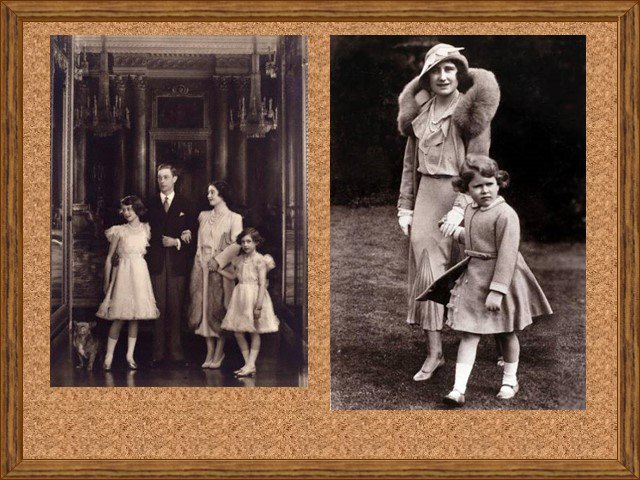 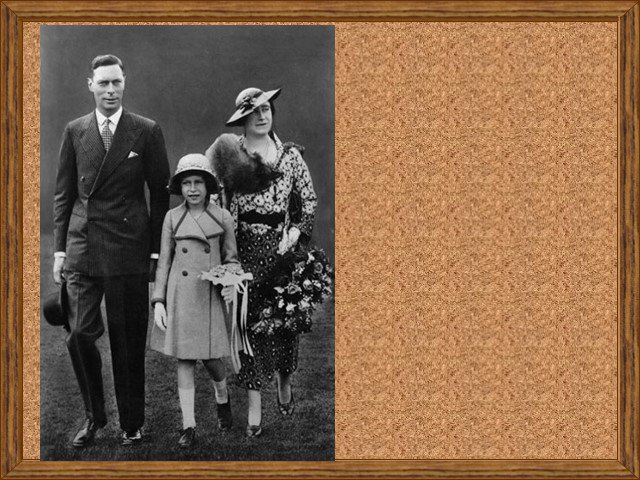 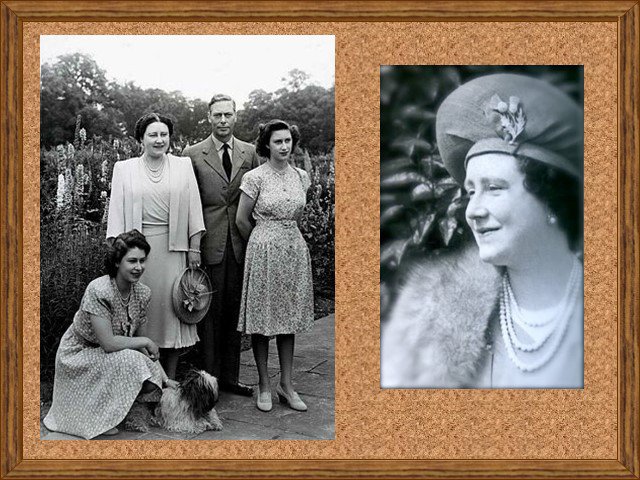 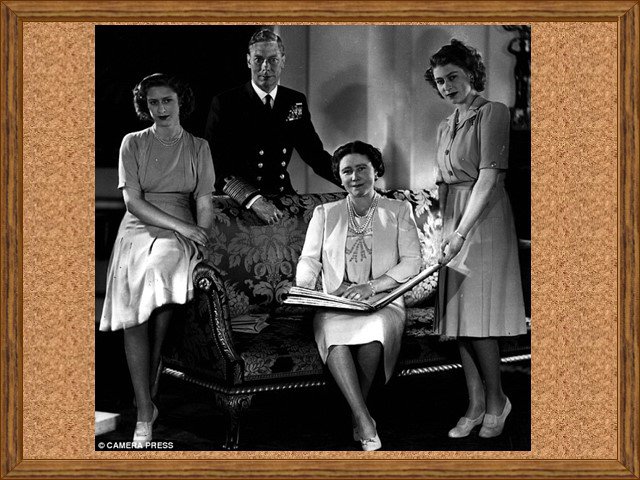 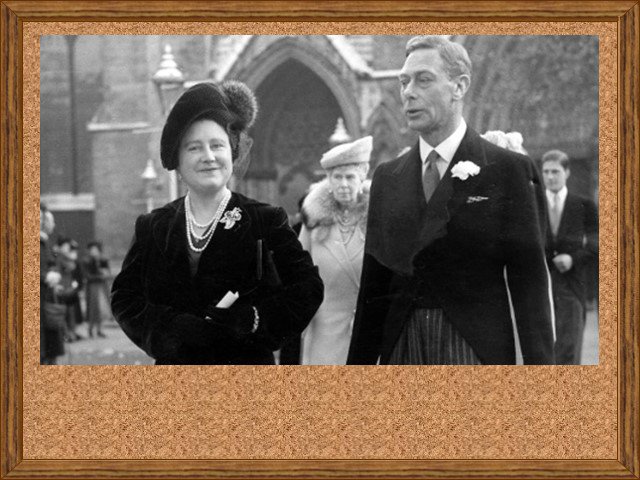 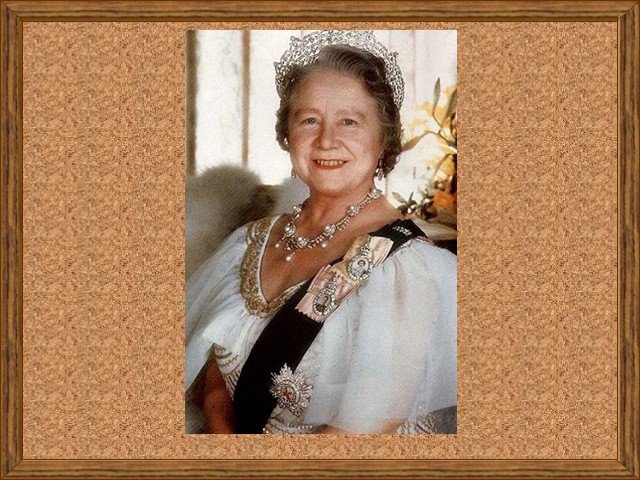 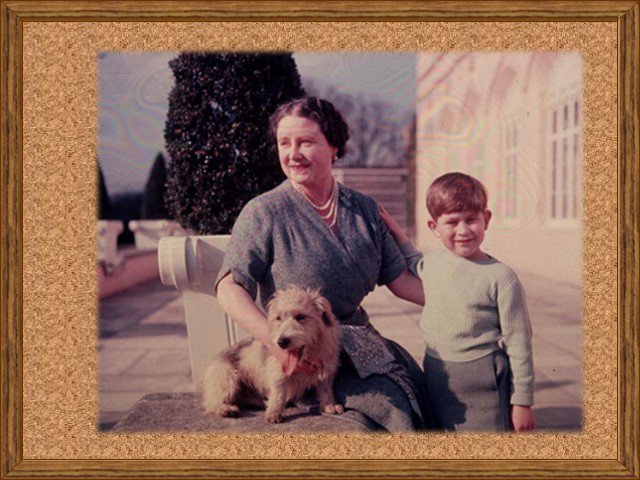 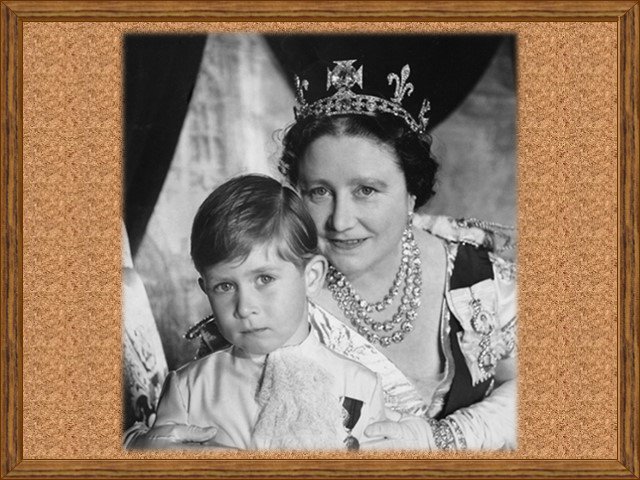 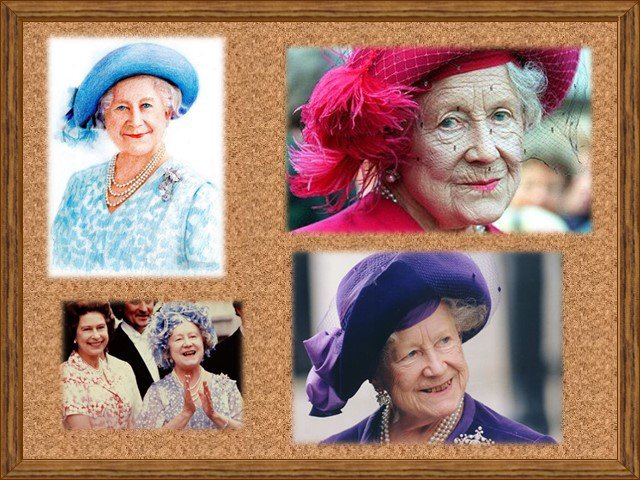 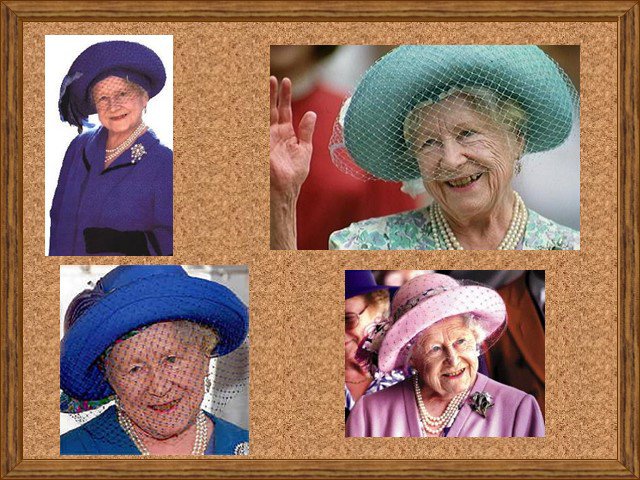 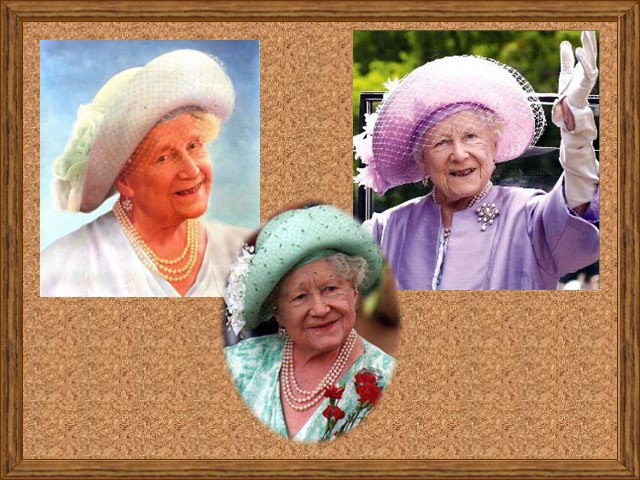 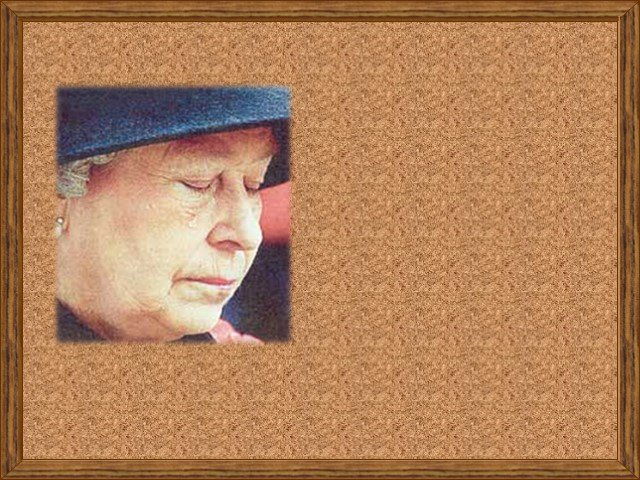 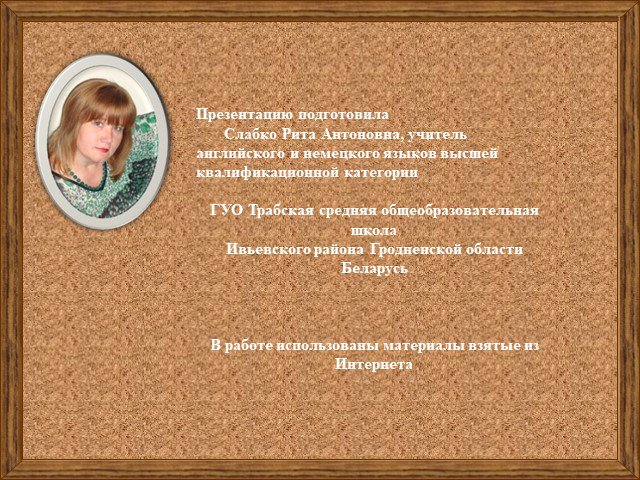 Lady Elizabeth Angela Marguerite Bowes-Lyon was born on August 4th, 1900 as a daughter of Sir Claude George Bowes-Lyon 14th Earl of Strathmore and Kinghorne (1855-1944) and Nina Cecilia Cavendish-Bentinck (1862-1938). Six weeks later her father gave notice of the birth of his daughter at the registrar’s office, much too late. The place of birth he gave the registrar’s office was St Paul’s Walden Bury, not far from London, but as he was in Scotland at the time of the birth he didn’t know for sure. Another story tells the little lady Elizabeth was born in an ambulance on the way to a hospital in London

Life became more serious when in 1914 the World War started. In 1915 Elizabeth lost her brother Fergus, who was killed in action. Elizabeth herself helped nursing the wounded soldiers who were brought to Glamis Castle. She wrote letters for them and went shopping to get what they wanted. After the war the young woman started going to parties and enjoyed dancing And on a bal at Glamis Castle given by her parents in September 1920 she met the 24-year-old Duke of York, second son of King George V of Great Britain and Northern Ireland. Prince Albert (Bertie) fell in love immediately, but it took him almost three years and several proposals before she promised to marry him. They married in Westminster Abbey, London, on April 26th, 1923. They settled down in White Lodge, in the park behind Buckingham Palace. Almost three year later, on April 21th, 1926, their first daughter Elizabeth was born. She was followed on August 21th, 1930, by Margaret

When on January 20th, 1936, Prince Bertie’s father died, his older brother David ascended the British throne as King Edward VIII. Already on December 10th of the same year Edward abdicated so that he could marry the love of his life, Wallis Warfield, who had been divorced twice already. Totally unexpected Bertie ascended the throne as King George VI and Elizabeth became a Queen. They were crowned at Westminster Abbey on May 12th, 1937.

It was very appreciated by the people that the royal family stayed in Great Britain during World War II. The children were brought to Windsor Castle. The King and Queen spent lots of time in London although even their residence Buckingham Palace was hit by German bombs. Queen Elizabeth said that she would never let the children go without her, she wouldn’t go without the King and of course the King didn’t go. The royal couple often visited bombed areas and sympathized with the people. When the war was finally over, on May 8th, 1945, the whole family appeared on the balcony of Buckingham Palace and were cheered by thousands of people

Preface:. This group is described by a single phrase. "This is one of those cases when two very talented people met two geniuses." This phrase perfectly ...

It's a wonderful planet we live on