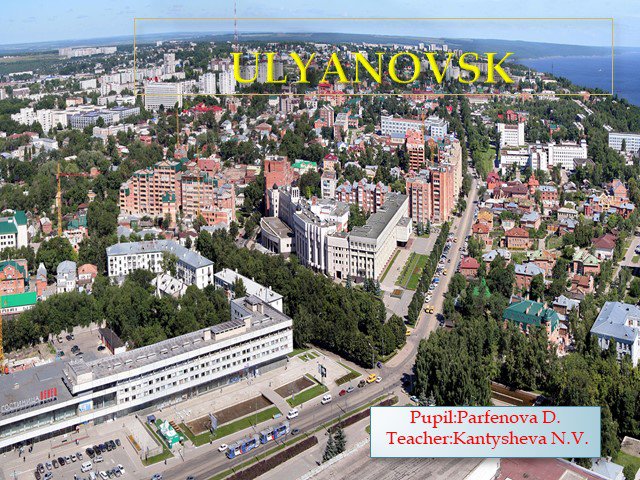 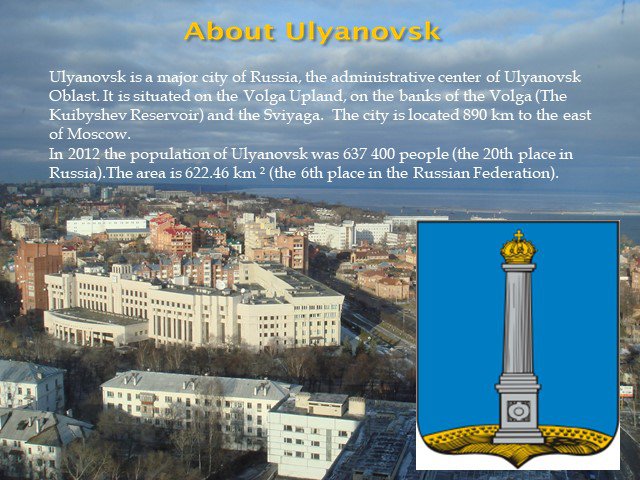 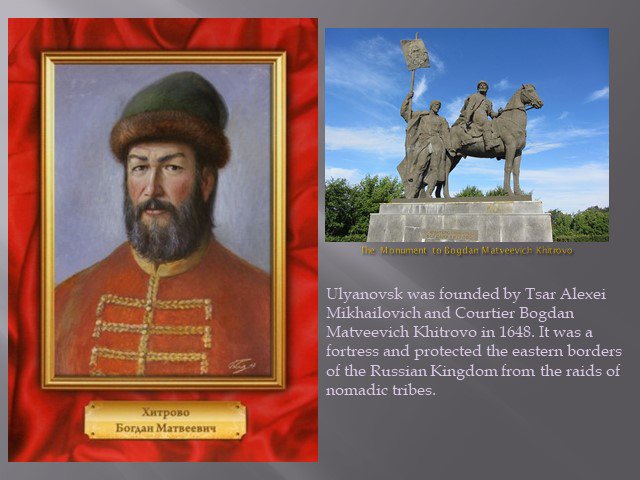 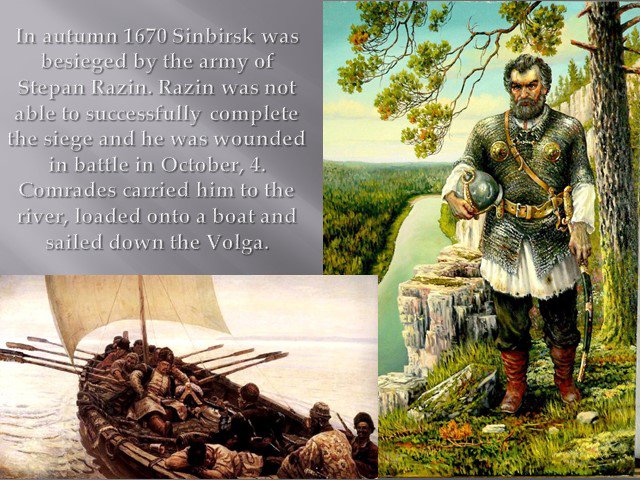 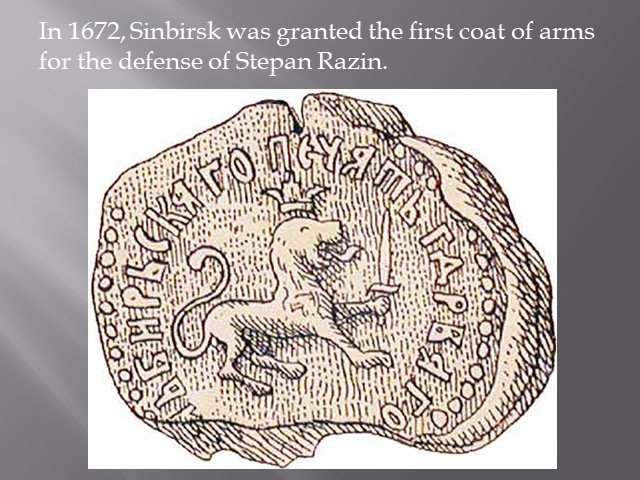 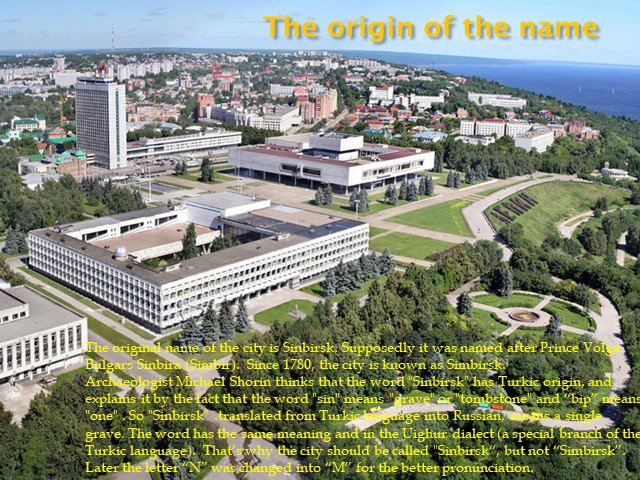 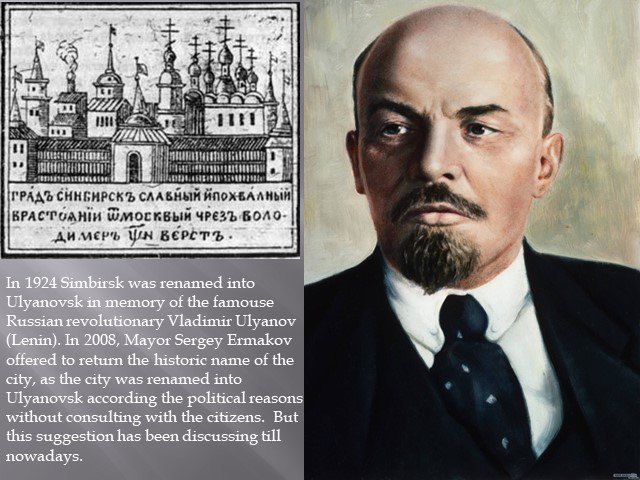 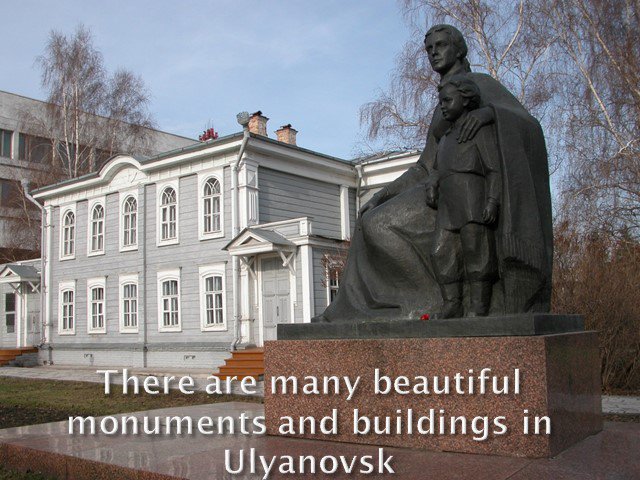 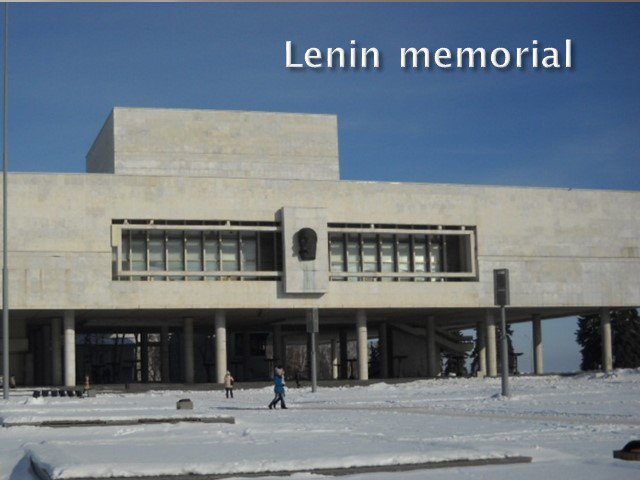 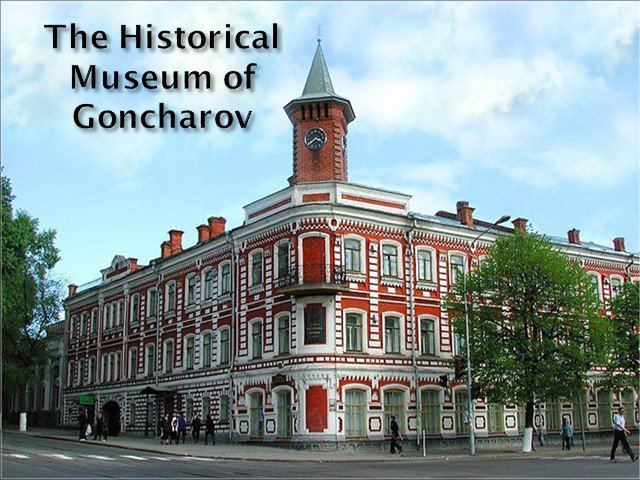 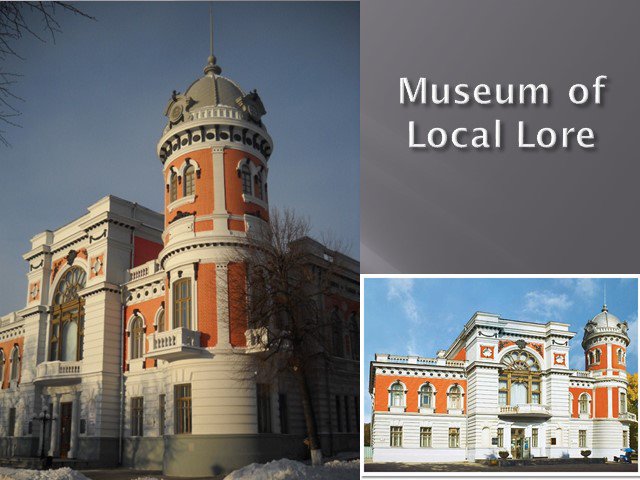 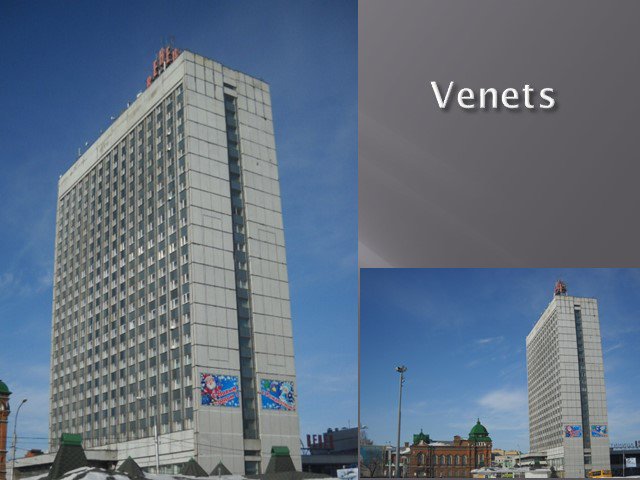 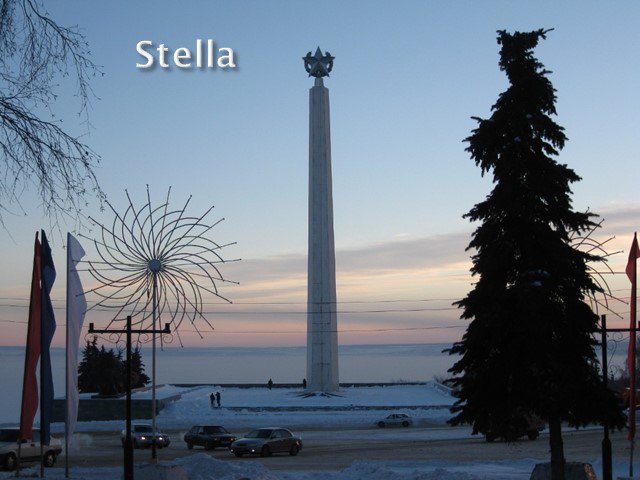 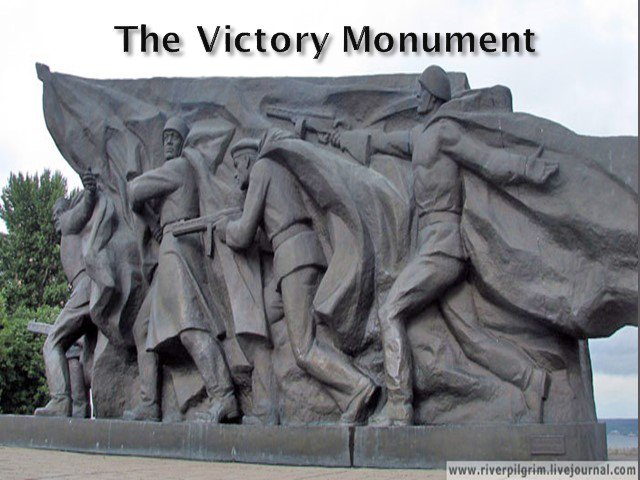 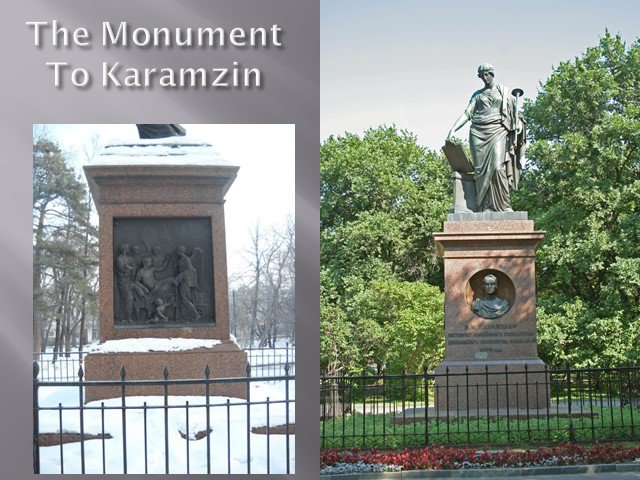 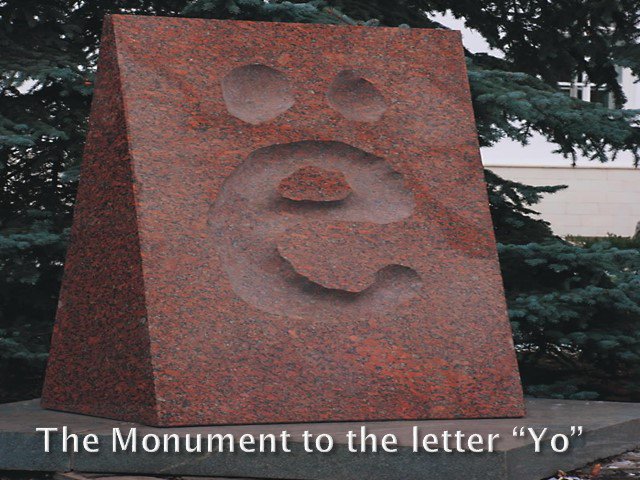 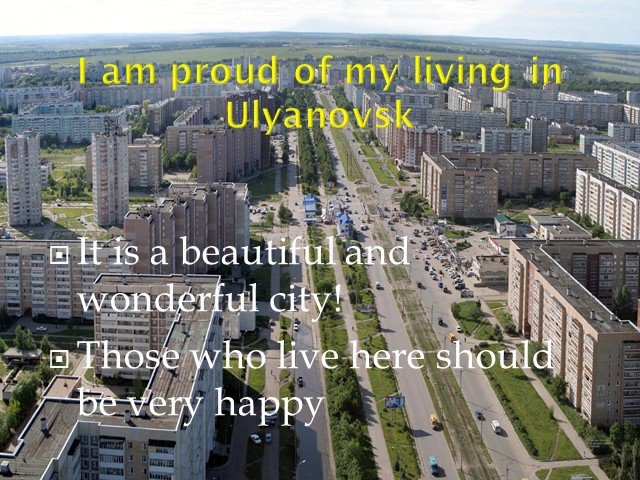 Ulyanovsk is a major city of Russia, the administrative center of Ulyanovsk Oblast. It is situated on the Volga Upland, on the banks of the Volga (The Kuibyshev Reservoir) and the Sviyaga. The city is located 890 km to the east of Moscow. In 2012 the population of Ulyanovsk was 637 400 people (the 20th place in Russia).The area is 622.46 km ² (the 6th place in the Russian Federation).

Ulyanovsk was founded by Tsar Alexei Mikhailovich and Courtier Bogdan Matveevich Khitrovo in 1648. It was a fortress and protected the eastern borders of the Russian Kingdom from the raids of nomadic tribes.

In autumn 1670 Sinbirsk was besieged by the army of Stepan Razin. Razin was not able to successfully complete the siege and he was wounded in battle in October, 4. Comrades carried him to the river, loaded onto a boat and sailed down the Volga.

In 1672, Sinbirsk was granted the first coat of arms for the defense of Stepan Razin.

In 1780 Simbirsk became the capital of newly established governorship, which consisted of 13 counties. In 1796 Simbirsk turned into a provincial city with developed infrastructure (theaters, hospitals, high schools). The best and the richest part of it was located on the “Venets”, where were the councils, provincial administrative agencies, educational institutions, private residences, craft shops, public gardens and boulevards. The main occupation of the citizens was trade, agriculture and fisheries.

The original name of the city is Sinbirsk. Supposedly it was named after Prince Volga Bulgars Sinbira (Simbir). Since 1780, the city is known as Simbirsk. Archaeologist Michael Shorin thinks that the word "Sinbirsk" has Turkic origin, and explains it by the fact that the word "sin" means "grave" or "tombstone" and “bip” means "one" . So "Sinbirsk" .translated from Turkic language into Russian, means a single grave. The word has the same meaning ​​and in the Uighur dialect (a special branch of the Turkic language). That’s why the city should be called "Sinbirsk“, but not “Simbirsk”. Later the letter “N” was changed into “M” for the better pronunciation.

There are many beautiful monuments and buildings in Ulyanovsk

The Historical Museum of Goncharov

The Monument To Karamzin

The Monument to the letter “Yo”

I am proud of my living in Ulyanovsk

It is a beautiful and wonderful city! Those who live here should be very happy